This is the hilarious moment a German shepherd cleverly unlocks a cage to rescue his friend before mounting the other dog.

The clip, filmed in China, shows the dog desperately opening the latch on the cage while seemingly trying to rescue its trapped friend.

But in a surprising twist, the Germans shepherd instead begins to mount his mate vigorously.

The video has more than five million views and was filmed by the dog’s owner who can be heard excitedly calling over his friend to watch.

The man films the desperate German shepherd trying to get into the cage, before walking over and recording the moment that the dog mounts his mate.

The video has reportedly made headlines in China and shows the desperate ingenuity of the German shepherd.

At the start, the dog gnaws at the lock, showing incredible persistence until he manages to turn it over.

He can be heard barking in excitement as it opens, before bursting through the cage door.

His seeming proud owner repeatedly says ‘watch this, watch this’.

They look on as the German shepherd desperately mount his mate. 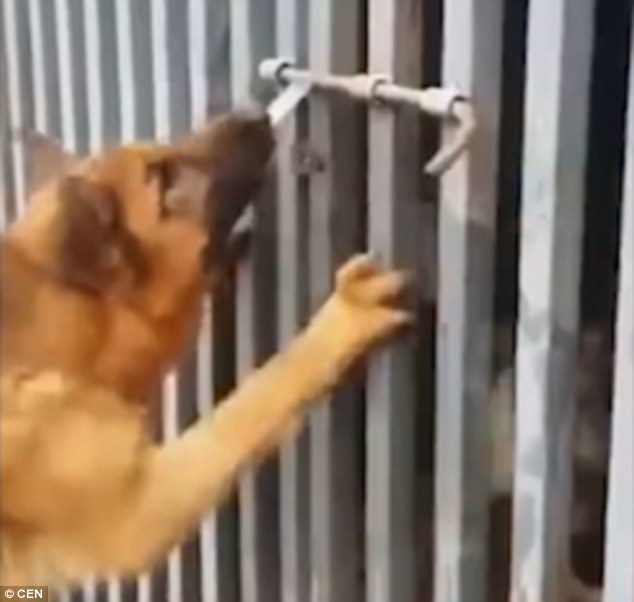 At the start of the clip, the dog can be seen cleverly and frantically opening the lock of the cage that his mate is trapped in

The owner says at the end of the video: ‘This tramp is smart.’

The video was unsurprsingly a hit on social media.

User ‘Simazixiaoxiao’ commented: ‘The things men do for love.’

While ‘Henburongyibeidadong’ added: ‘The man watching on like a proud father.’ 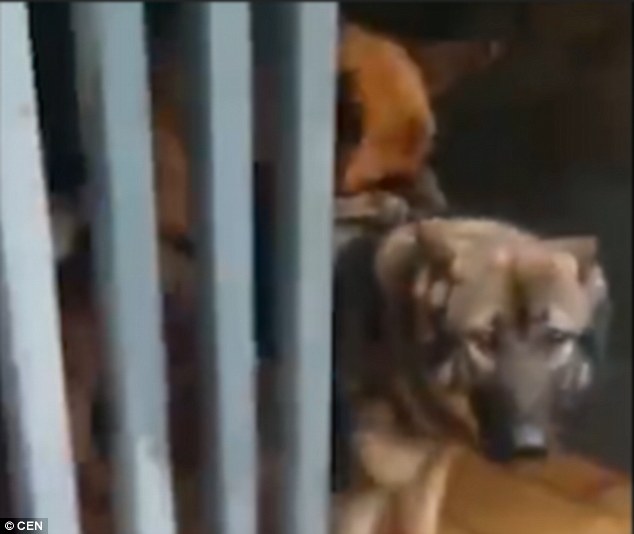