The festivities were underway at this year’s I’m A Celebrity… Get Me Out Of Here! wrap party as James Haskell’s wife Chloe Madeley celebrated by jokingly stealing winner Jacqueline Jossa’s crown for herself.

The rugby star, 34, shard a snap of his other half, 32, as she proudly donned the EastEnders actress’ flower crown after being crowned Queen of the Jungle while James also shared a snap with his good friend Caitlyn Jenner who he called his ‘jungle wife’.

Chloe looked stunning in the snap as she donned a silk white dress with James writing: ‘We have a thief in the house’ alongside the snap. 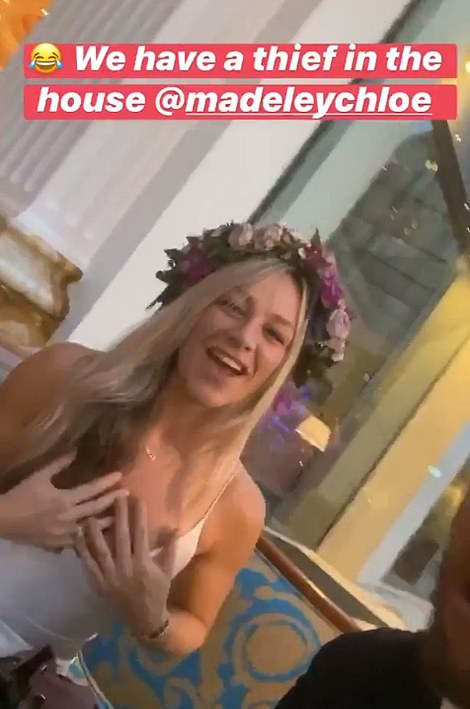 Party: The festivities were underway at this year’s I’m A Celebrity… Get Me Out Of Here! wrap party as James Haskell’s wife Chloe Madeley celebrated by jokingly stealing winner Jacqueline Jossa’s crown for herself

James and Caitlyn, 70, bonded during their time in the jungle, starting on day one when the rugby player chose the former Olympic athlete to partner up with for the first challenge.

This year’s cast of I’m A Celebrity were in a celebratory mood as they all indulged in some champagne while watching Jacqueline, 27, be crowned Queen of the Jungle.

The stars indulged in a glass of bubbly before they all shared a series of snaps from the finale where they posed with Jacqueline’s winning staff to mark the end of the show. 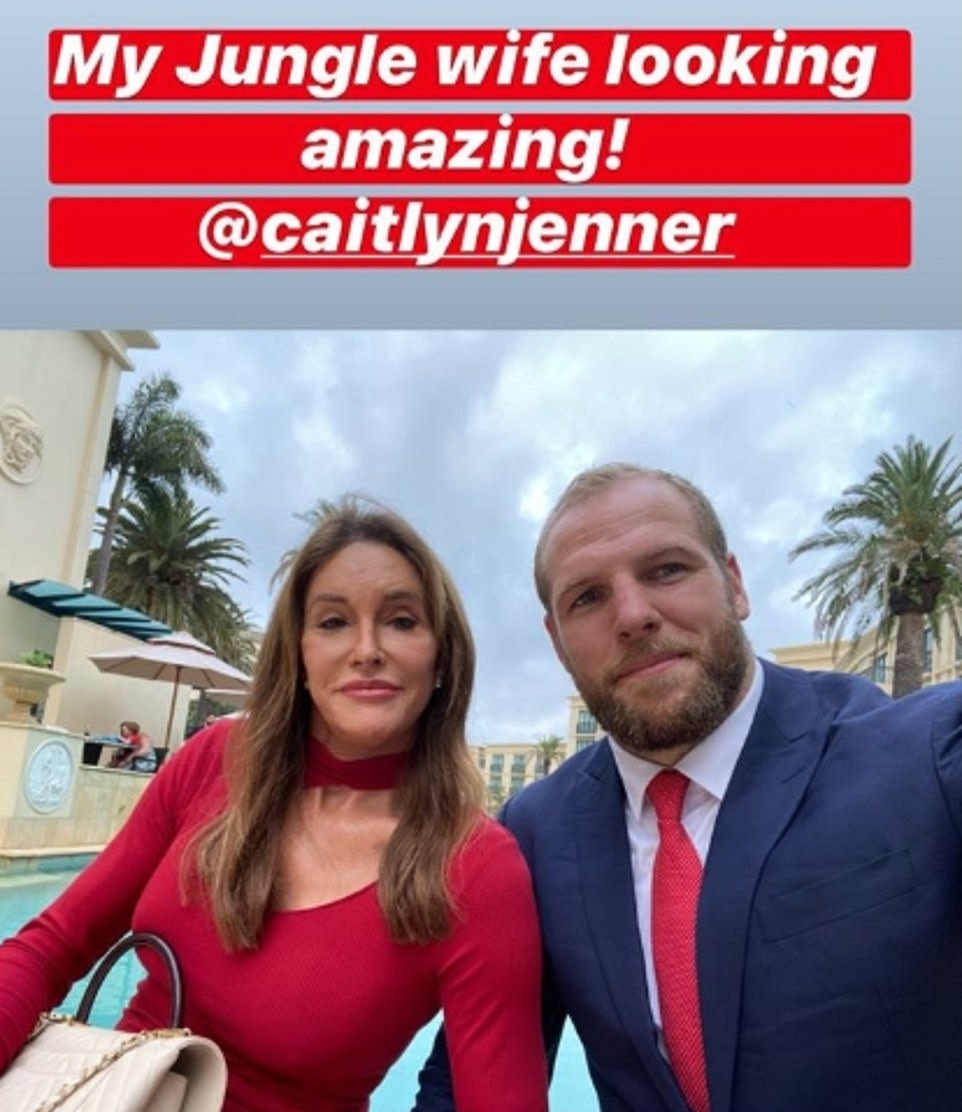 Pals: James also shared a snap with his good friend Caitlyn Jenner who he called his ‘jungle wife’ after they formed a close bond in the jungle

While there were more than a few squabbles in the jungle over  the last few weeks, the celebrities had clearly put it all behind them as they enjoyed their remaining time in Australia together before returning home.

James shared a snap of himself posing proudly alongside Jacqueline after her win, calling her ‘inspirational’ and a deserving winner.

He wrote: ‘I could not think of a more deserving winner!! @jacjossa smashed this on so many levels. She was inspirational and dealt with every challenge like a hero. She looked after me in camp like a sister. 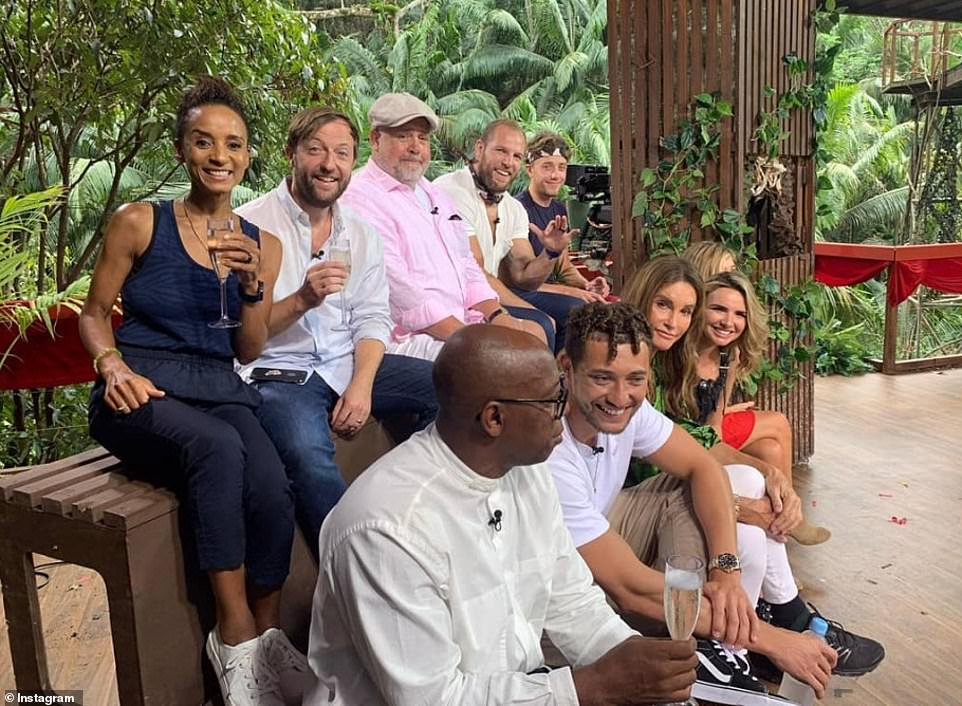 Fun:  This year’s cast of I’m A Celebrity were in a celebratory mood as they all indulged in some champagne while watching Jacqueline be crowned Queen of the Jungle 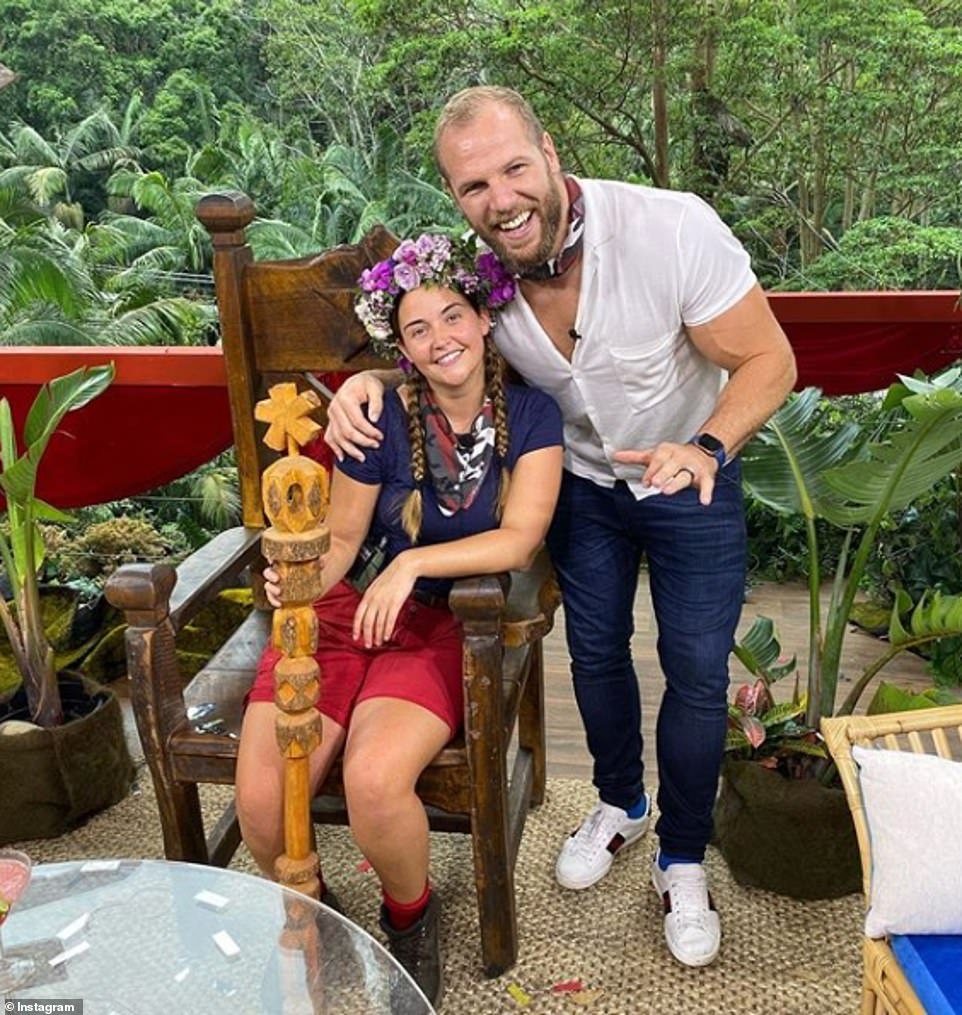 Champion: James shared a snap of himself posing proudly alongside Jacqueline after her win, calling her ‘inspirational’ and a deserving winner 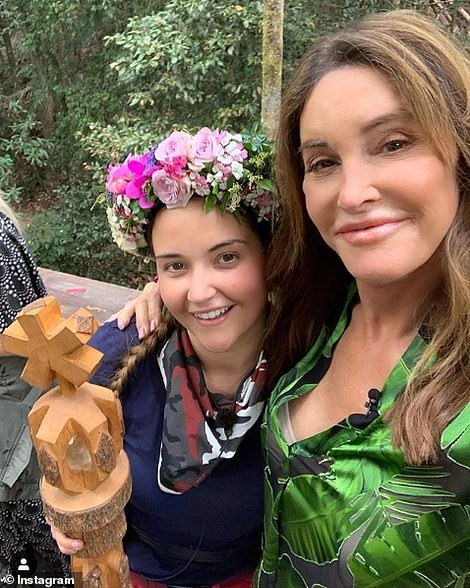 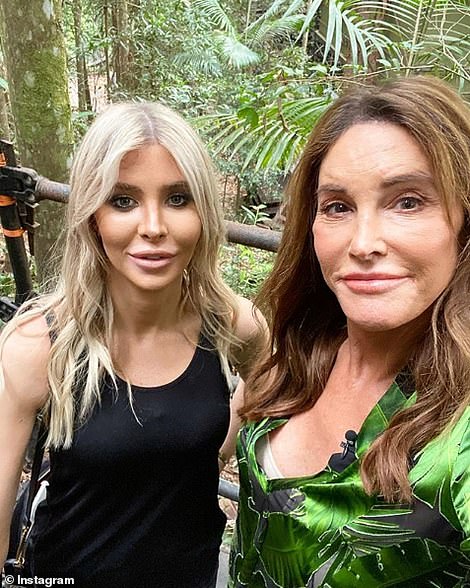 Celebrations: Caitlyn posed for a snap with Jacqueline after her win and she was also joined in the jungle by her partner Sophia Hutchins 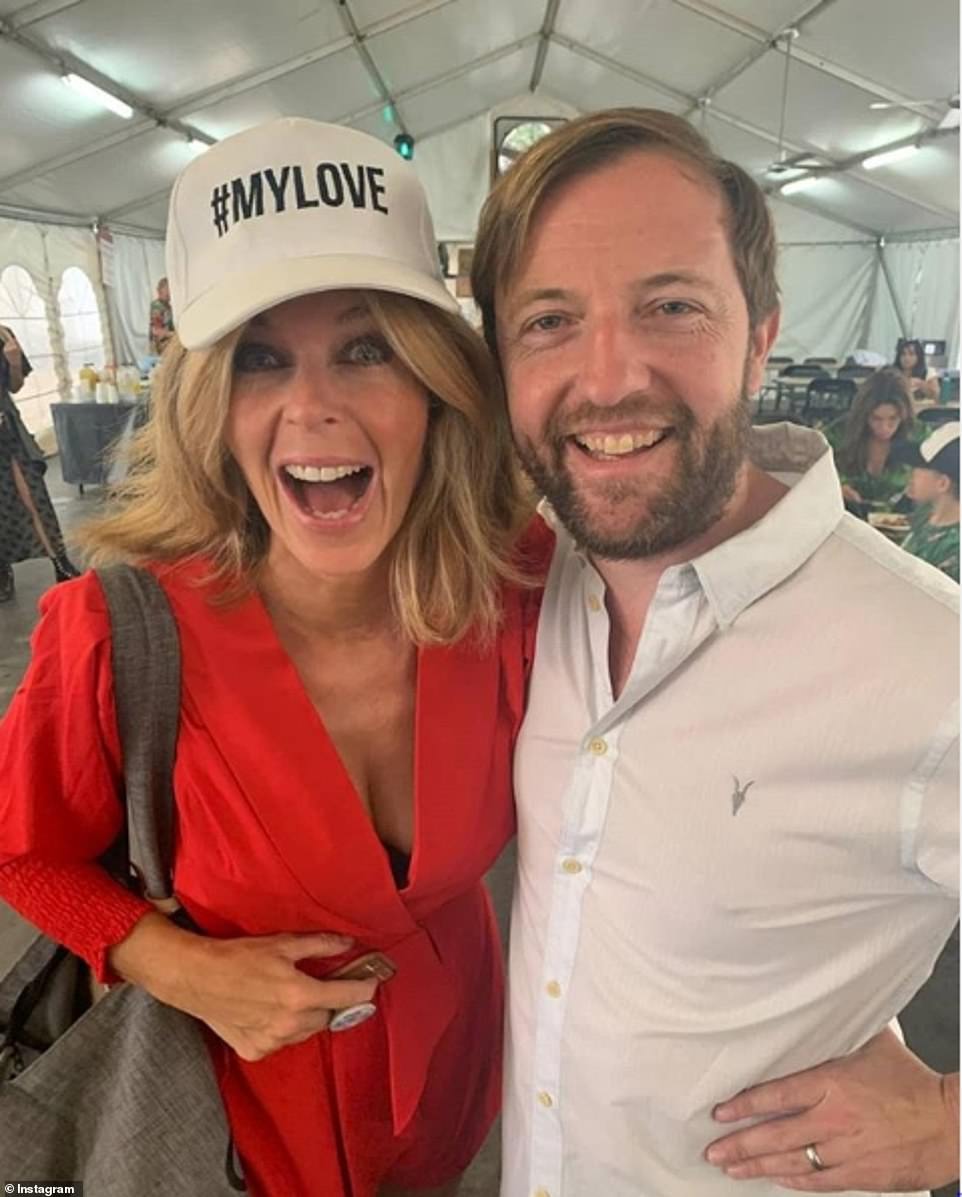 Mates: Kate Garraway was all smiles as she celebrated the finale and posed for a snap with pal Andrew Maxwell where she donned a hat bearing his catchphrase ‘My Love’ 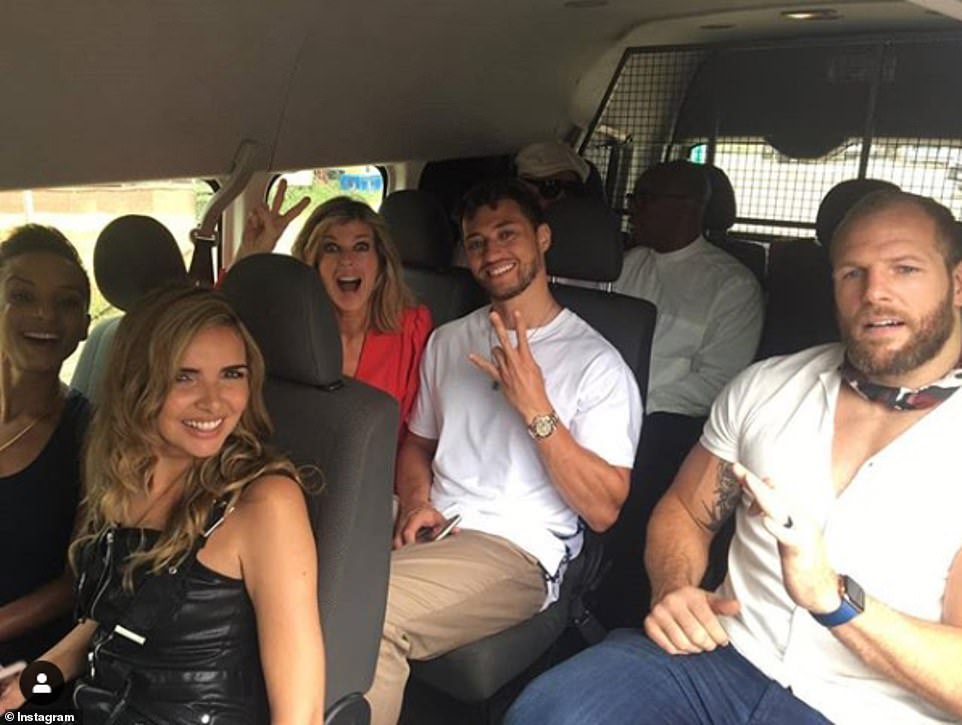 The gang: The celebrities wished Jacqueline, Andrew and Roman well as they drove to the studio to watch the final

Glamour: Kate Garraway and Adele Roberts both glammed up for the I’m A Celebrity Coming Out party 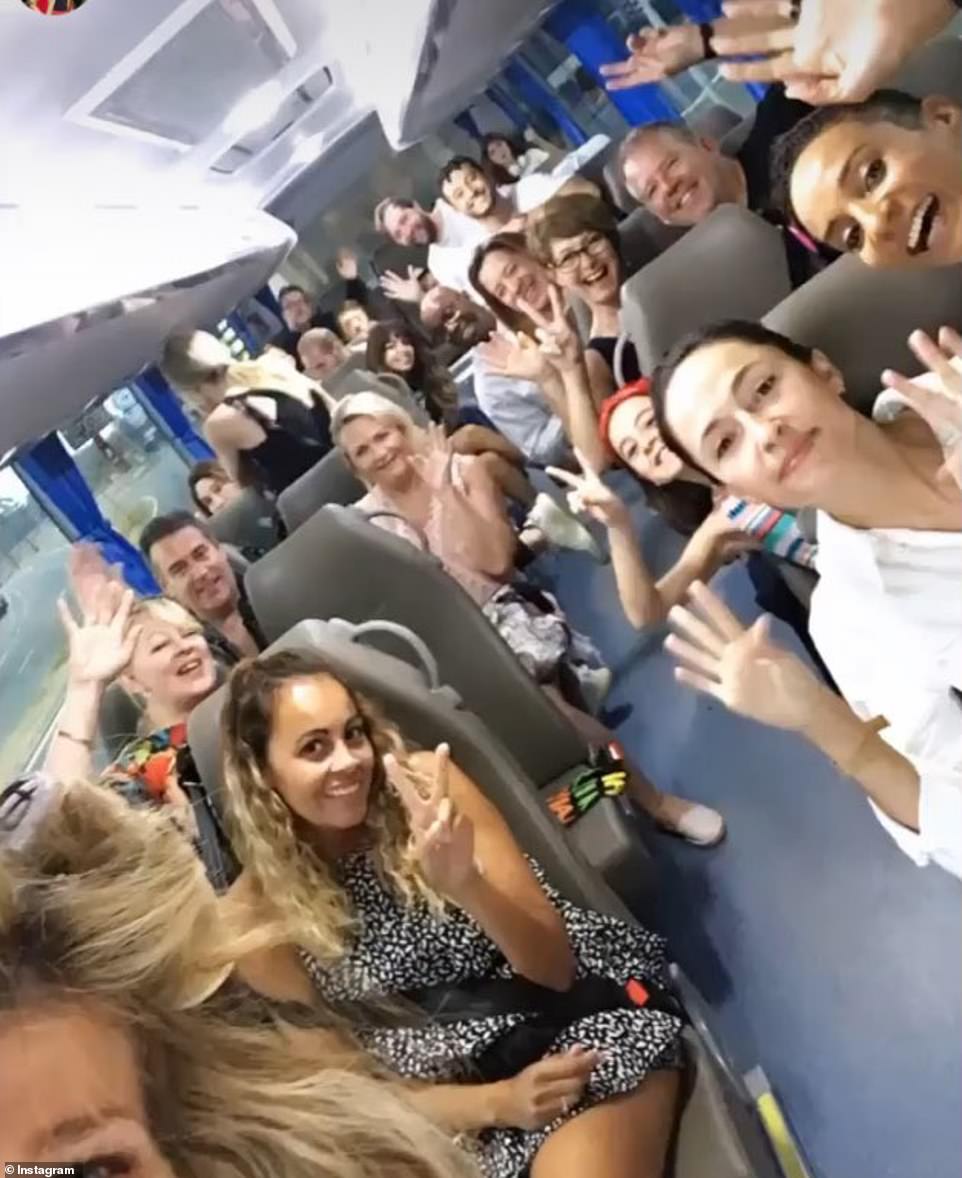 Travel: The celebrities and their family and friends all took a bus to travel to camp for the finale 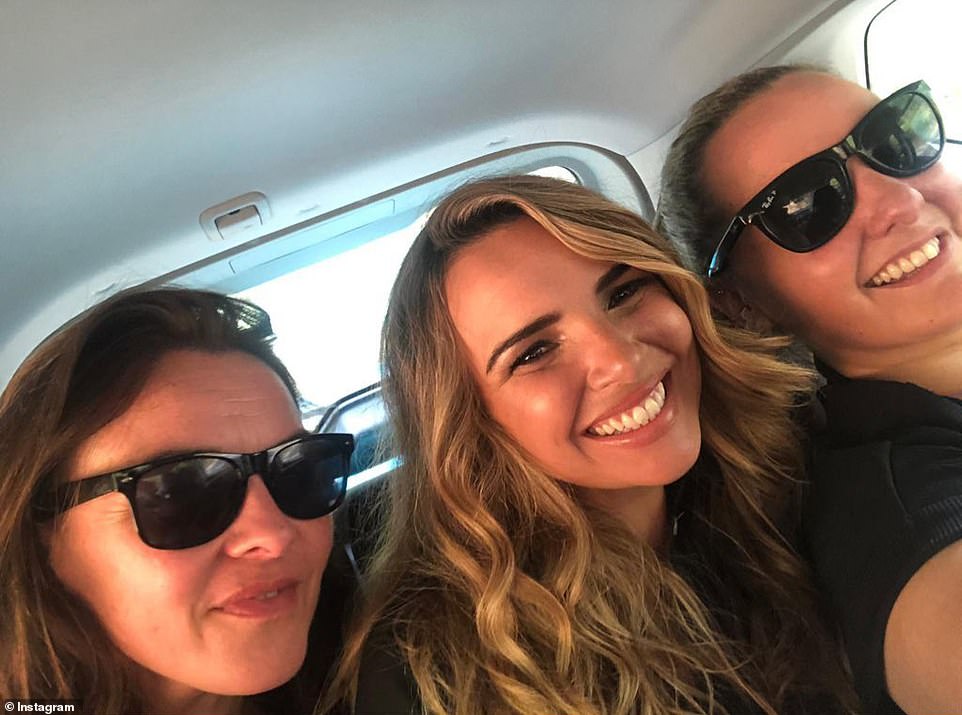 Family: Nadine was thrilled to be reunited with her sisters Charmaine and Rachel who flew to Australia to see her

‘I loved getting to know her and see her grow. Her story is inspiring and she has shown herself to be mega on every level. My wife @madeleychloe is a huge fan and wanted her to win from day one, as did I.’

Joining the EastEnders actress was her husband Dan Osborne, 28, who has been getting to know some of the eliminated celebrities over the last few days as they all stayed in the swanky Versace Hotel in the Gold Coast.

James’ wife Chloe also posed with Jacqueline’s staff while Dan jokingly squeezed the rugby star’s muscles while they all hung out backstage.

Kate Garraway, 52, was all smiles as she celebrated the finale and posed for a snap with pal Andrew Maxwell, 45, where she donned a hat bearing his catchphrase ‘My Love’.

Trophy: James and Chloe couldn’t resist but pose with Jacqueline’s winning staff as they partied with the other I’m A Celeb stars 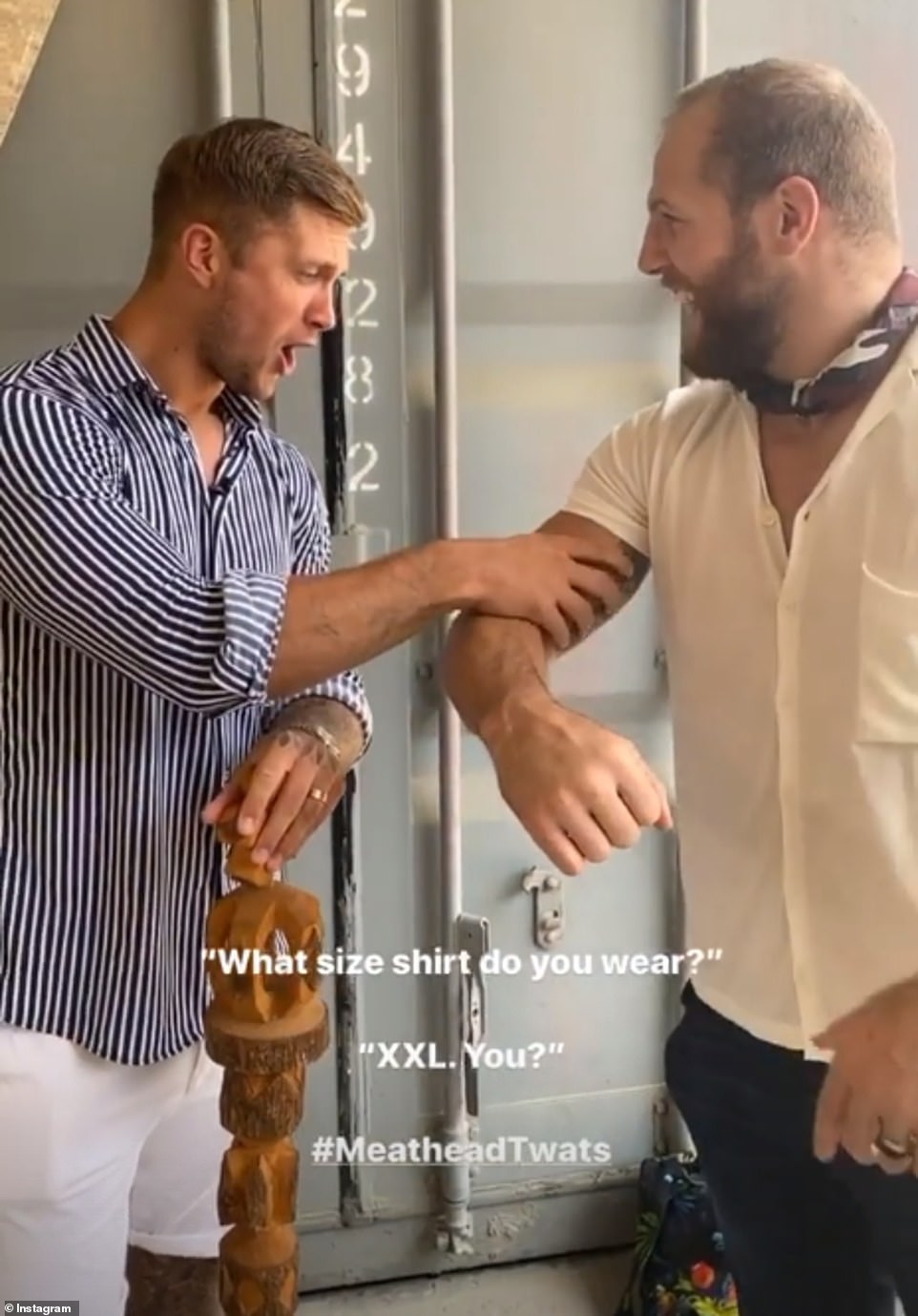 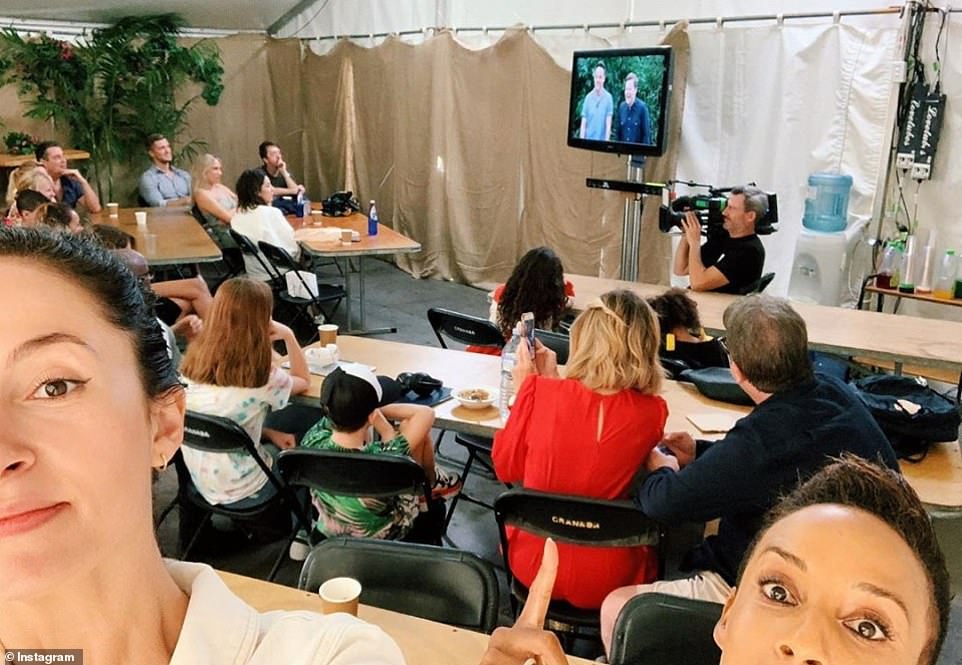 Excitement: The cast and their friends and family all hung out backstage as they watched the finale live on screen 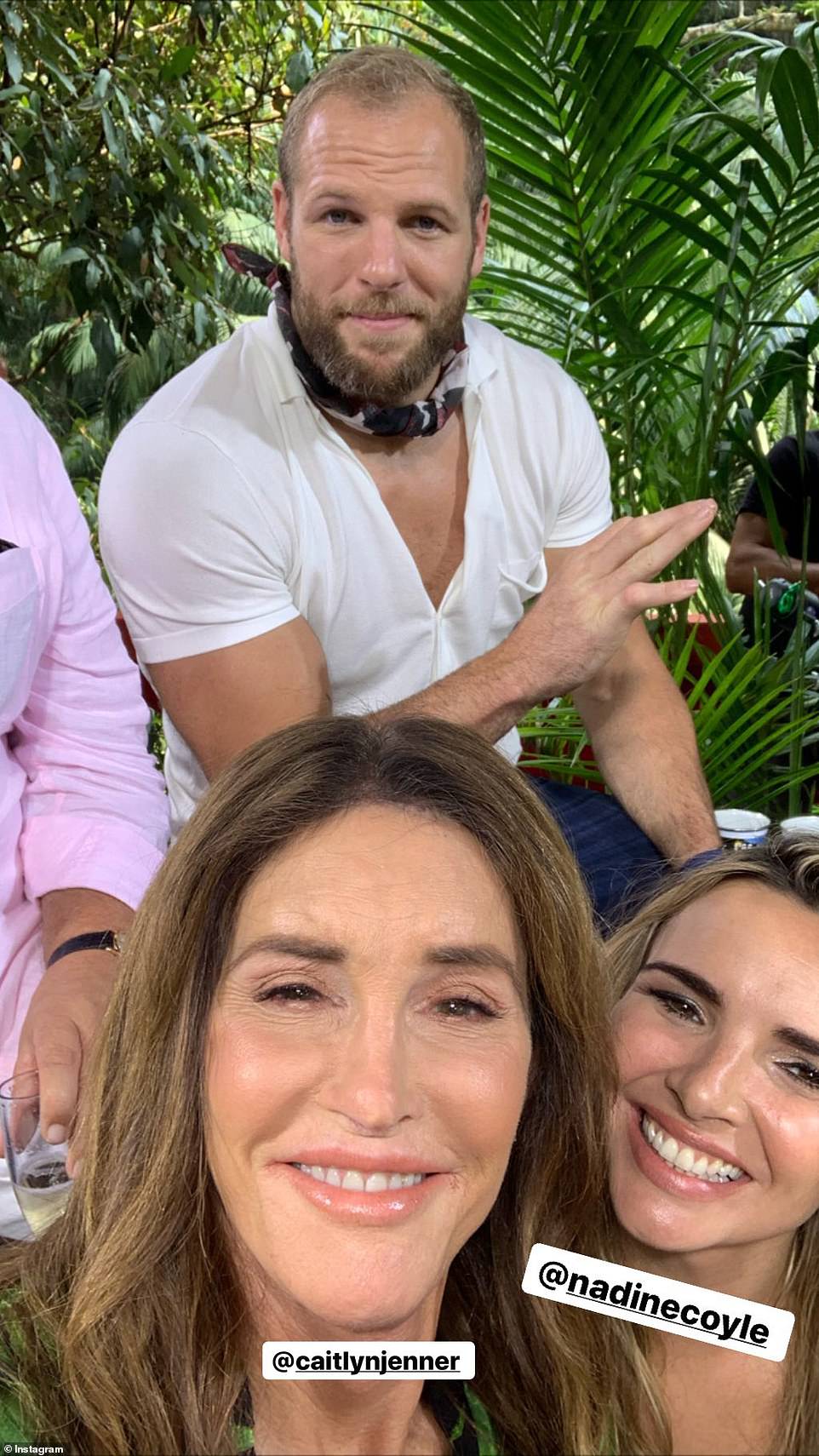 Trio: James, Caitlyn and Nadine appeared in high spirits as they all posed for a snap together

Dapper: Myles sported a printed t-shirt and shorts for the party while Ian went for a white shirt with a dark waistcoat and trousers

Caitlyn Jenner also shared a snap of herself celebrating Jacqueline’s win and praised the actress for how far she had come throughout her time in the jungle.

The former Olympic athlete, 70, wrote: ‘Congratulations to my sweet friend @jacjossa witnessing your growth on this show was amazing! Congrats Jungle Jack!’

Caitlyn was joined by her partner Sophia Hutchins, 23, who said she was ‘so proud’ of the sports star for how she fared inside the jungle and posted a cosy snap of the pair to her Instagram.

Traditionally a key feature on breakfast TV, Lorraine Kelly admitted she would not be interviewing this year’s winner while giving viewers a run-down of her daily show on Monday morning. 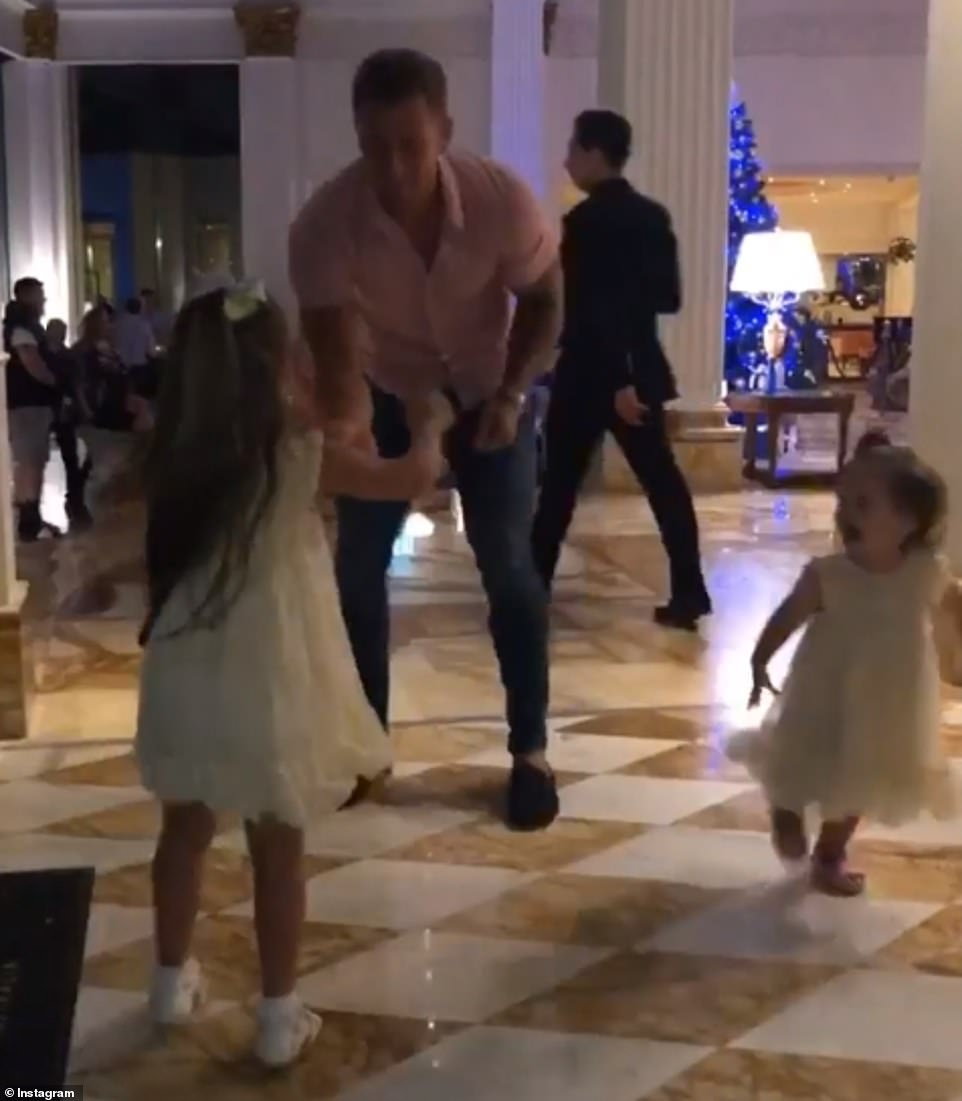 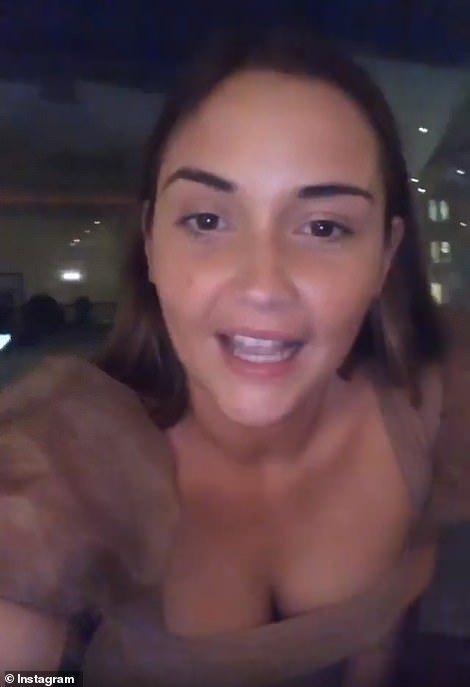 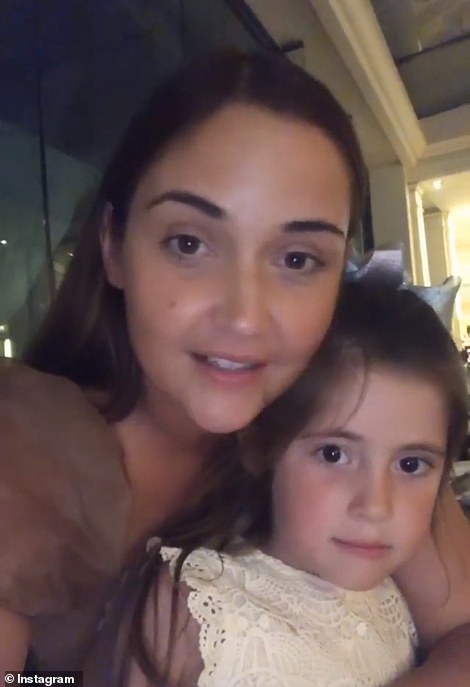 Thrilled: Jacqueline shared a video where she thanked viewers for voting for her saying: ‘It has been the best experience of my whole entire life’ 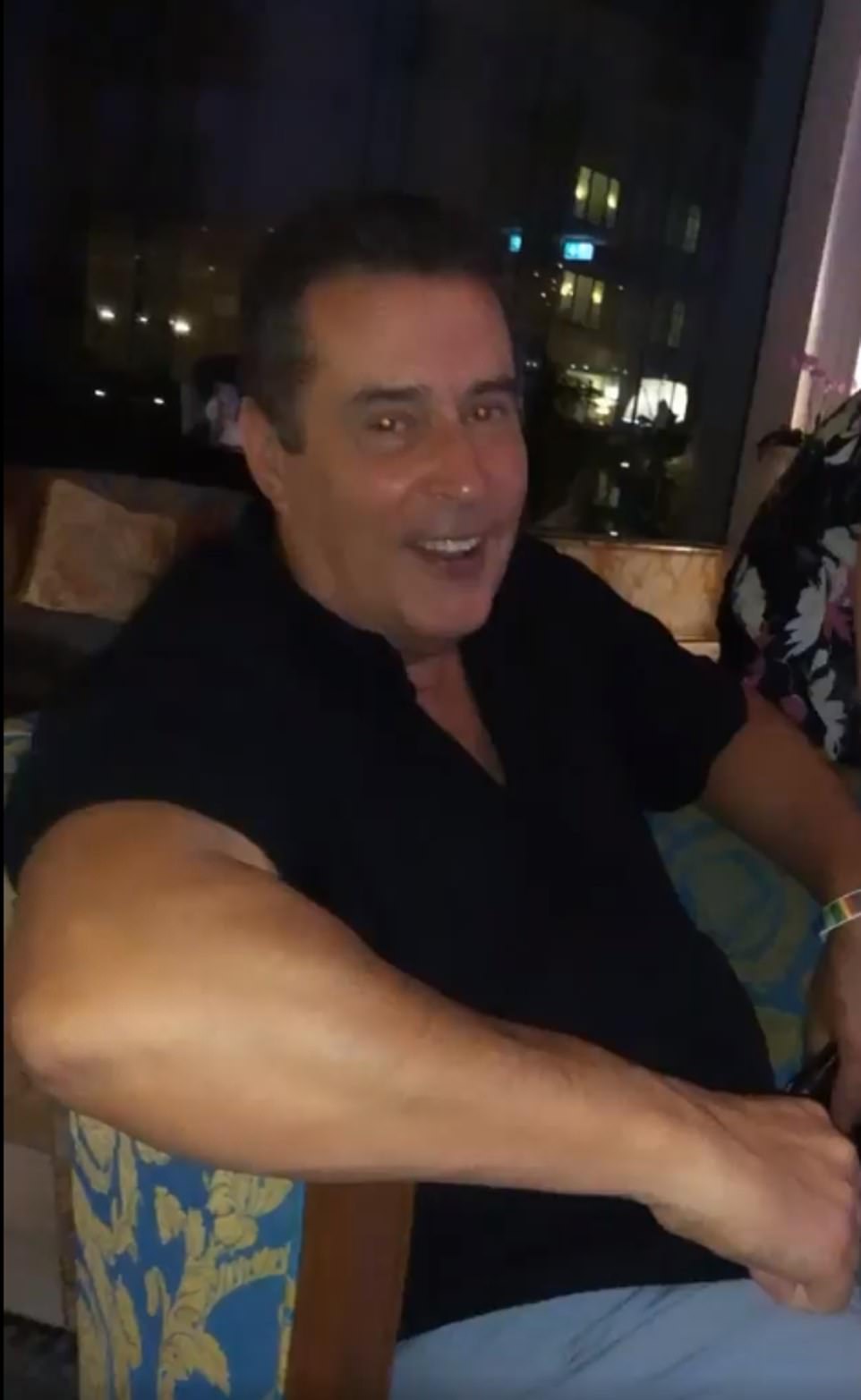 Proud: Jacqueline’s father John flew to Australia as he proudly watched his daughter win the series 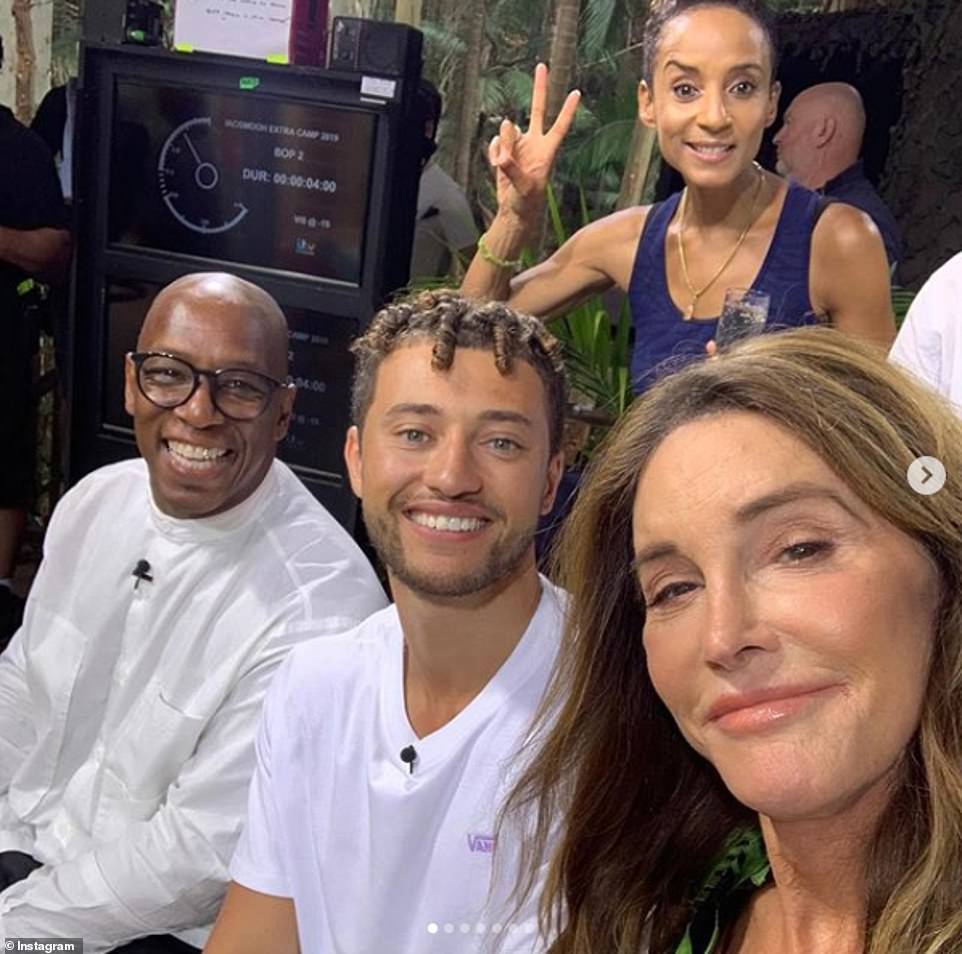 Myles Stephenson wrote: ‘I can’t believe it’s over, what an amazing experiece’ as he posed alongside his jungle pals 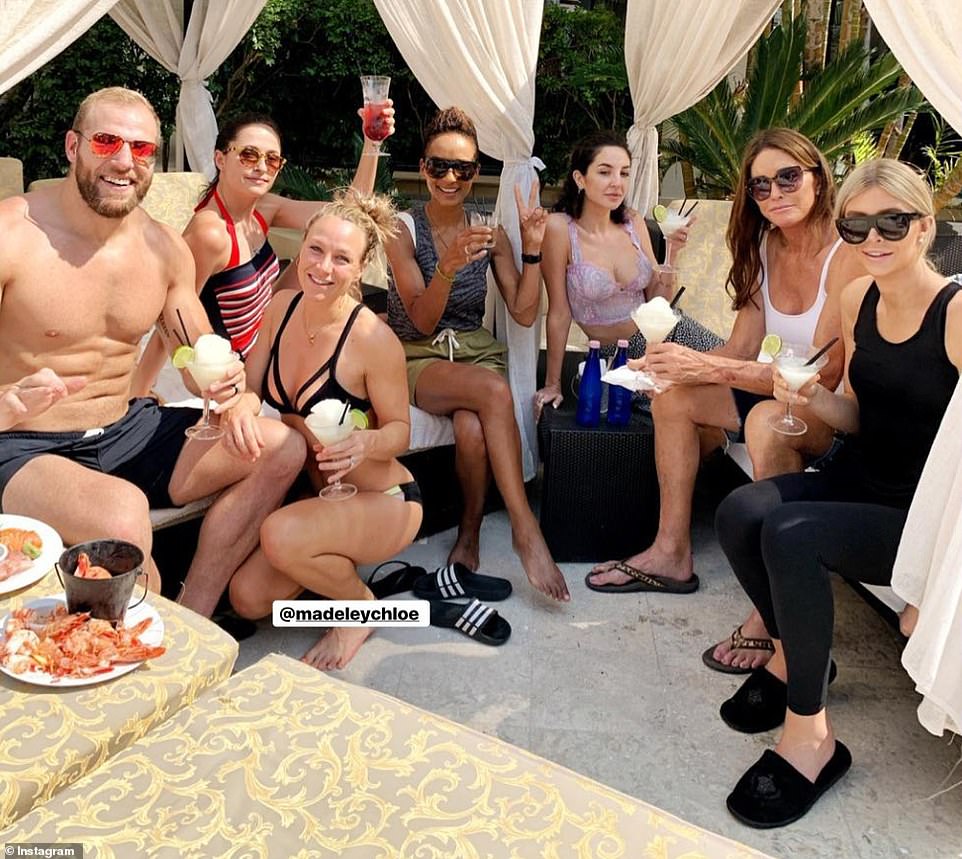 Fun in the fun: James, Chloe, Adele, Caitlyn and Sophia all cu t loose near the pool as they soaked up the Australian sun 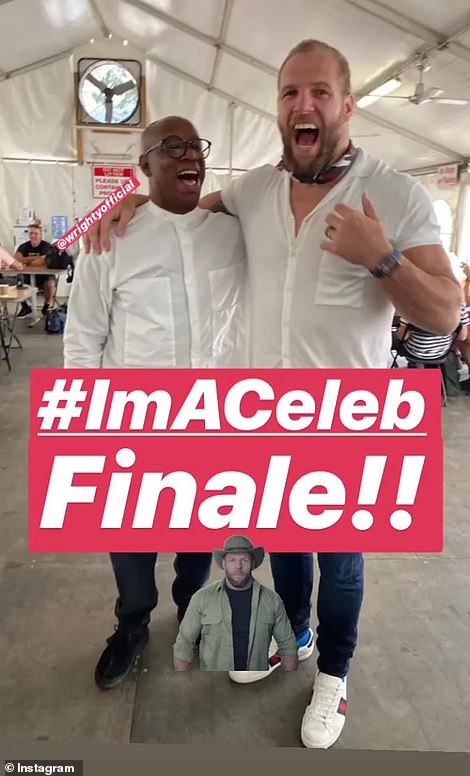 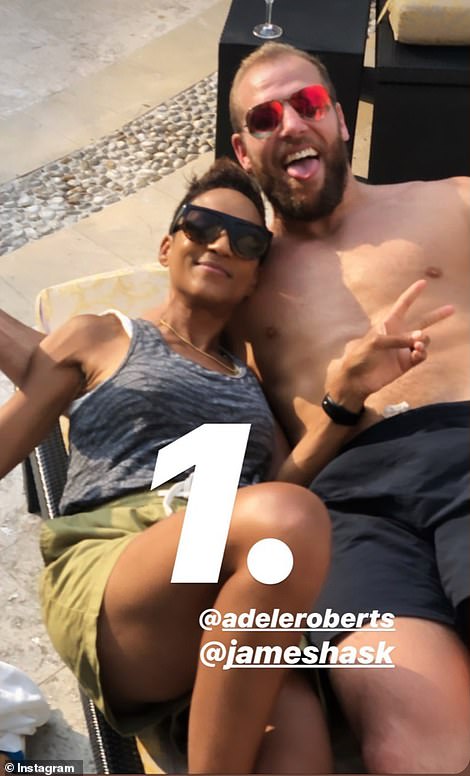 Final: James and Ian Wright formed a close bond during their time in the jungle while Adele and the rugby star looked like they were having the time of their lives as they relaxed in the sun 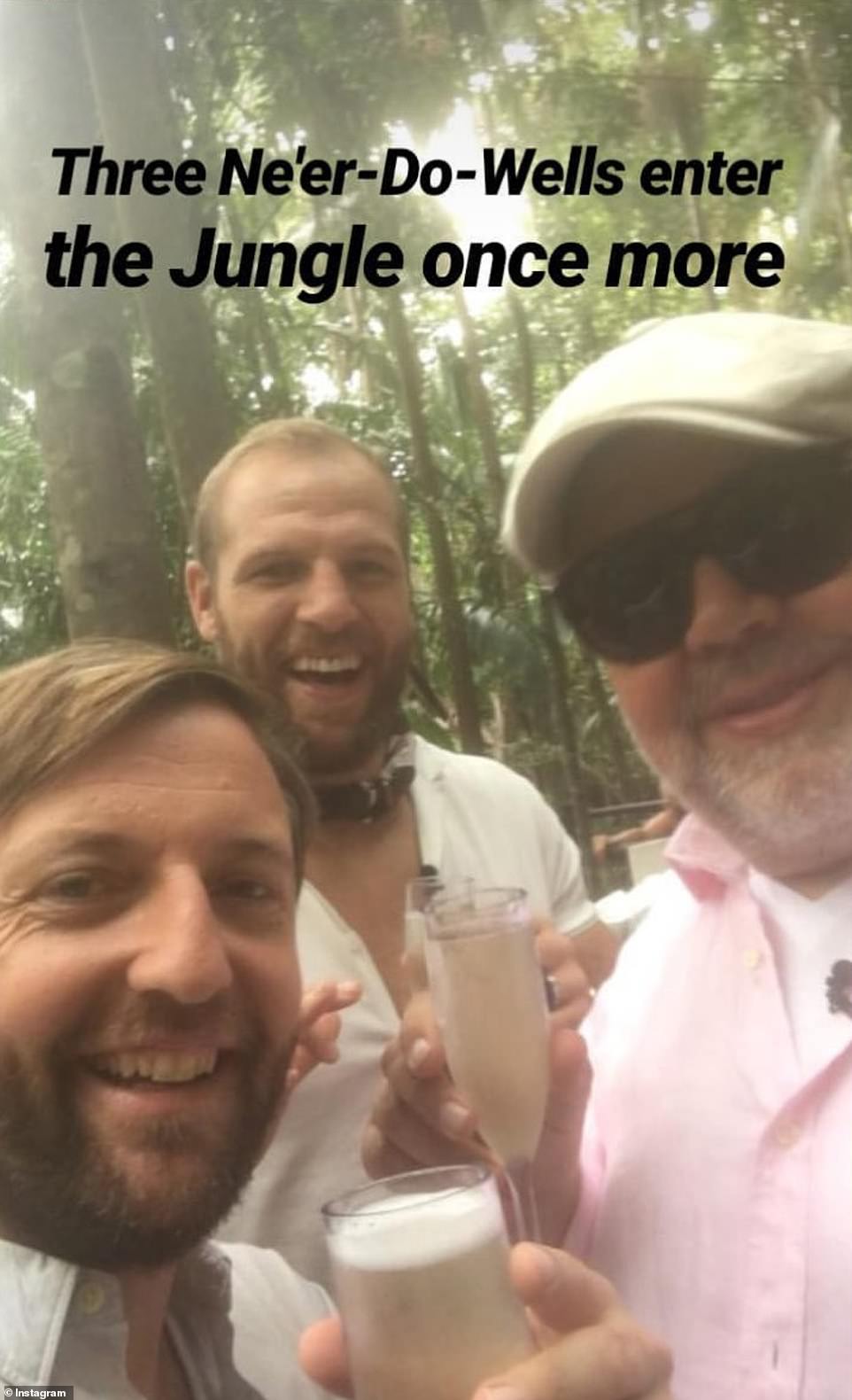 Cheers: Andrew, James and Cliff Parisi all toasted with a glass of champagne at the finale

A spokesperson for I’m A Celebrity told MailOnline: ‘Jacqueline wants to spend as much time as possible with her family in OZ before they have to travel back to the UK. Plus she’s filming Coming Out.’

Separate sources have since claimed Jacqueline is keen to avoid all publicity – some of which comes with a lucrative fee – opting instead to devote her remaining time in Australia to husband Dan and their two children, Ella, four, and 18-month old Mia.

‘She has to film for the coming out show which airs later this week, so cancelled all other TV offers like GMB and Lorraine to spend more time with the family,’ an insider told The Mirror. 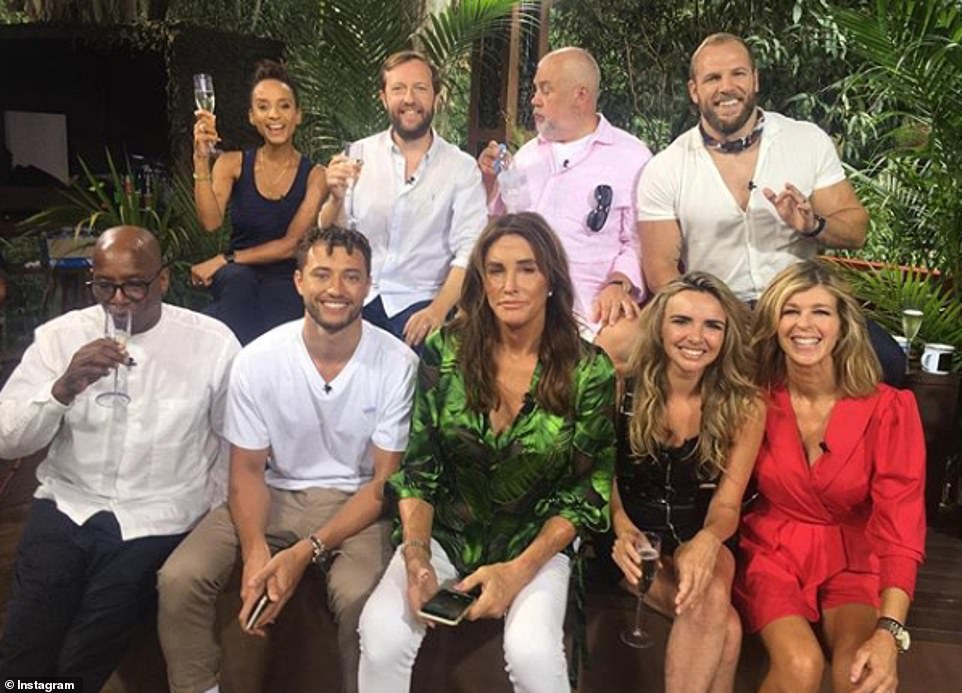 Squad: The cast were all in a good mood as they drank champagne and relaxed ahead of Jacqueline’s win 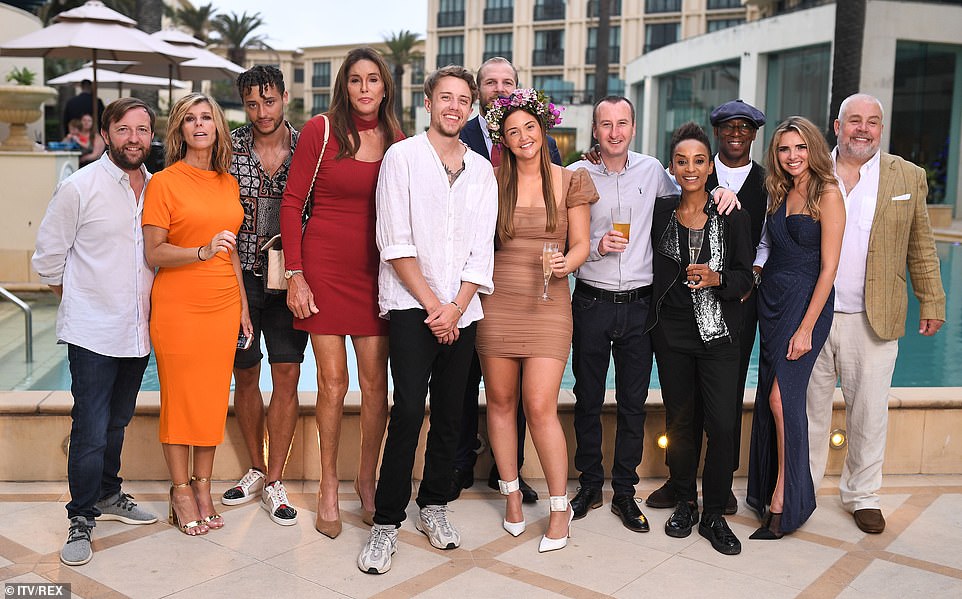