City worker returns after 4-year voyage around the world

City worker Thom D’Arcy traded in his job in 2016 to embark on an epic around-the-world adventure.

Mr D’Arcy, who worked as a ship broker saw his father die of cancer in 2008 and noticed many of his colleagues wished they had done something exciting with their lives.

Having saved up enough money for a one-bed apartment in London, Mr D’Arcy decided instead to by the 8.5 metre Vancouver 28 yacht called Fathom. 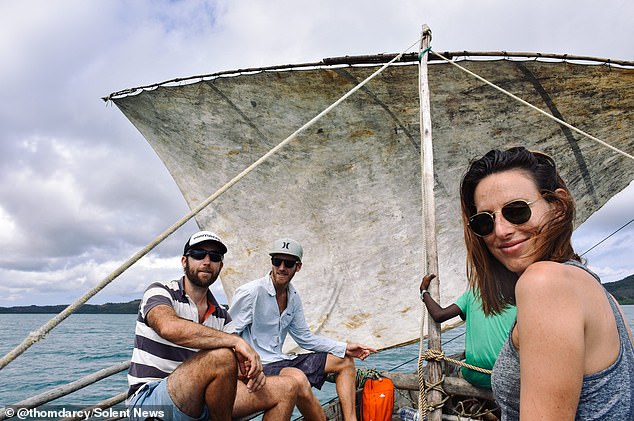 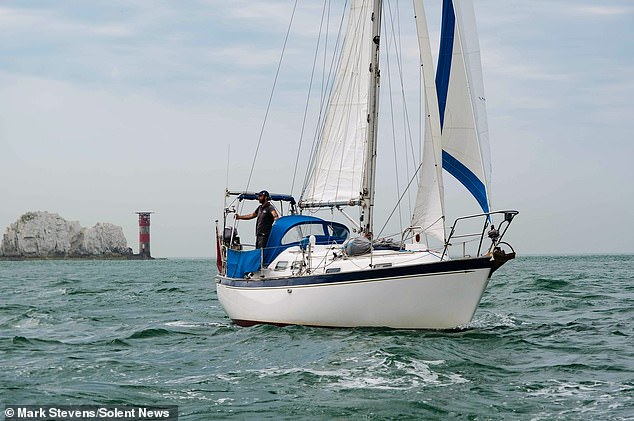 Mr D’Arcy, pictured last week on The Solent as he approached the Isle of Wight, got bored of the city ‘rat race’, though he has returned to the UK to look for a job

He left the UK in May 2016, initially to sail around the Atlantic for a year. However, when he reached the Panama canal, he decided to keep going into the Pacific.

He told The Times: ‘I was having a good time and feeling a bit more adventurous and didn’t want to go back to the rat race.’

During the trip, he almost died twice and saved money by remaining at anchor instead of tying up when in port

Initially, he thought he would survive on between £1,000 and £1,500 a month. To further reduce costs, he caught his own food and wrote for some sailing magazines to supplement his savings.

However, last week, he returned to Yarmouth on the Isle of Wight.

He said: ‘I have been so far and seen so many things and then I come back and everything is the same. It’s comforting and odd at the same time.’ 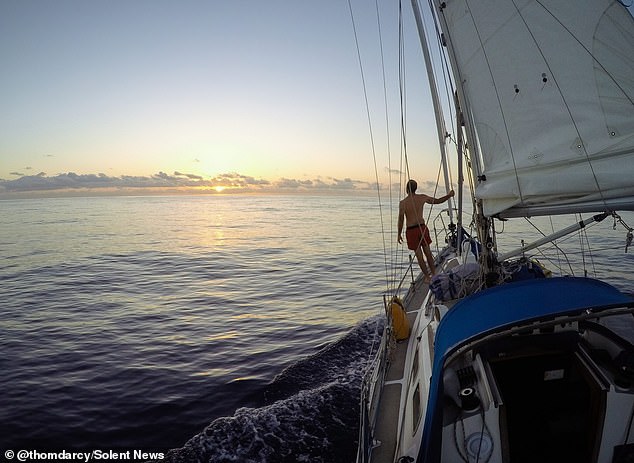 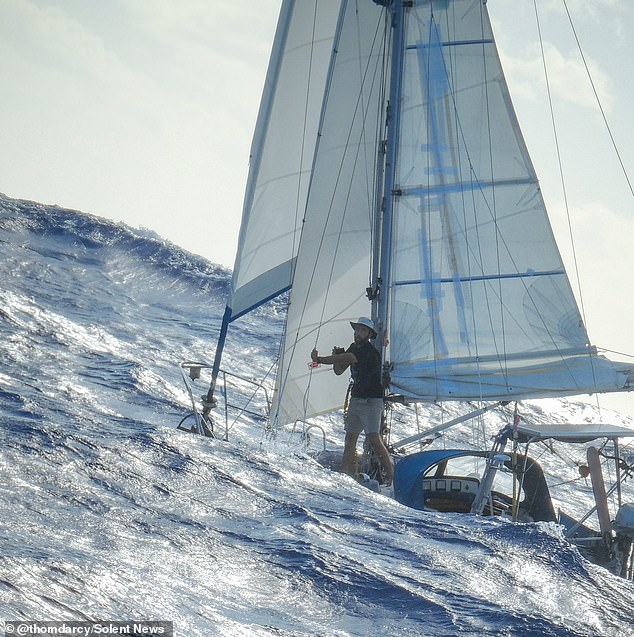 One time in the South Atlantic, when his yacht was sinking 600 miles from shore, he said he was incredibly calm.

A hose had broken from the engine allowing water to flood into the cabin. He was also almost wrecked by a cargo ship which did not see him.

He said: ‘There were lots of unknowns along the way. The worst one was a storm off Australia. The border force thought I was a drug smuggler, wondering what I was doing going around in circles for three days waiting for it to pass. Self-sufficiency was a real challenge, mentally. I realised I’m just a tiny little dot and there’s no one to rescue me if anything goes wrong.’

During his 30,000 mile voyage he said he witnessed the problem caused by plastic pollution, which in some places was up to six feet high on windward beaches in the Indian Ocean.

Having returned to the UK, Mr D’Arcy believes he could have timed it better because of the pandemic, though he admits he needs a new job.