Angry protesters and police clashed in Niger’s capital Niamey on Sunday as a demonstration against financial reforms in the West African nation turned violent.

Local civil society organisations have for weeks been denouncing the 2018 budget for one of the poorest countries on the planet.

More than 1,000 demonstrators rallied near the city centre to protest against the government’s financial plan that they branded “anti-social” and said created new taxes.

The protest began quietly but quickly degenerated when a group of people defied a ban and headed to a square opposite the country’s parliament.

The protesters responded by throwing stones and bricks, building barricades and lighting tyres on fire. 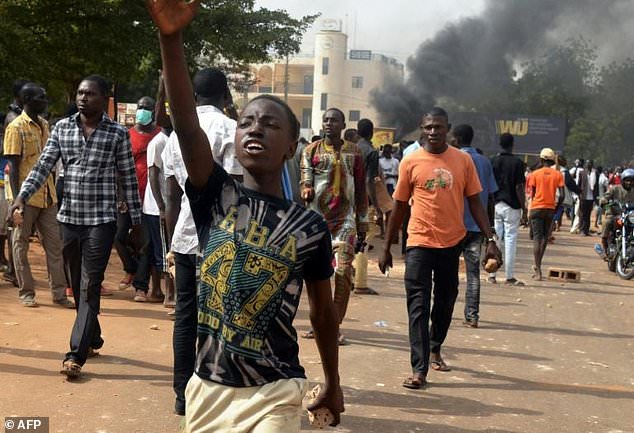 “The new budget is going to squeeze the poor,” said Nouhou Arzika, a prominent activist and one of the protest leaders.

Instead of creating new taxes, Arzika suggested that the authorities “start by reducing their prestigious lifestyle” or their “many official trips” to reduce the size of the government.

Finance Minister Hassoumi Massoudou told parliament on Wednesday that the new measures “do not affect the poor” but the “richest” and that the tax burden will be between 13 percent and 16 percent, its level in 2015.

More than 80 percent of Niger is covered by the Sahara desert. Its economy has been affected by falls in both oil prices, which it officially began exporting in 2011, and uranium, of which it is a major exporter.

The country also has to spend resources to combat attacks by Boko Haram, whose Islamist insurgency has spilled over from Nigeria, as well as from jihadists, including the Islamic State group, near the border with Mali.