Coked up mom, whose baby suffocated between wall and mattress is given two years probation

Michelle Atwell, 33, whose baby died last year of asphyxia after becoming wedged between a bed and a wall has been sentenced to two years probation

An Iowa mother whose baby died after becoming wedged between a mattress and a wall has been given two years of probation.

Court records say 33-year-old Michelle Atwell from Ankeny was fined $1,000 at her sentencing Monday in Des Moines and given a deferred judgment.

A deferred judgment allows her conviction to be removed from court records if she completes her probation terms. Atwell had pleaded guilty to possession of a controlled substance for sale.

Police were called to the Ankeny home of Atwell and Matthew Cohara, 48, on August 26, 2017, after their seven-month-old was found not breathing.

Police say the baby became wedged and suffocated after Atwell left her on the bed for hours after feeding her.

The girl, Harper Dawn Cohara, was brought to a local hospital that night.

An autopsy found a cocaine byproduct in the baby’s system.

Atwell admitted to officers that she drank two bottles of beer, smoked marijuana out of an apple and did a line and a half of cocaine in her bathroom.

At around 4:30am she heard her daughter crying and woke up to nurse her.

Her daughter soon fell asleep and Atwell returned to her bedroom.

Five hours later, after Cohara came in to ask where their daughter was. Atwell saw that only the top of the baby’s head was visible and that she was wedged between a wall and the mattress. She began performing CPR and called 911.

Atwell had been charged with child endangerment causing substantial risk, narcotics possession with intent to deliver, possession of marijuana and several other drug charges.

Those charges were dismissed in exchange for her guilty plea to the drug possession charge. 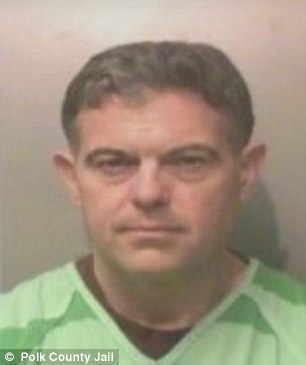 Matthew Cohara, 48, also pleaded guilty to substance abuse and child endangerment. He was given a similar ‘deferred judgement’ sentence and is required to attend substance abuse evaluation and treatment

know it doesn’t define me,’ Atwell said at the sentencing, stating her desire to reapply for her nursing license, which was suspended following her arrest in November.

According to the Des Moines Register Atwell’s attorney, Tomas Rodriguez, said at the hearing that Atwell had taken ‘significant steps to change her lifestyle’ since her daughter’s death.

Polk County District Court Judge Jeffrey Farrell said the fact that Atwell had no prior criminal history was ‘significant’ and the fact she had the rules set out for her while on pretrial release was ‘a good sign.’

He said he was also encouraged by the fact that her employer kept her on in a different role after her nursing license was suspended and that the quality of her work remained consistent.

Atwell is also allowed to have contact with her two other children providing she is supervised by another adult.

Cohara was given a similar sentence.