A teenage girl who has never had a boyfriend because of her chronic, disfiguring cold sores says she has found a near-cure with a £7.95 liquorice balm.

Indigo Faulkner, 18, has suffered with them since she was five – and claims they became progressively worse and more frequent.

The A Level student could suffer an outbreak of painful, fluid-filled, blister-like lesions on her lips every six to eight weeks, making her feel anxious and anti-social.

She had tried many topical treatments and even anti-viral medication from her GP but they failed to keep them under control.

Then Miss Faulkner, from Bridgnorth in Shropshire, came across Liquorice Balm and the stronger Liquorice Rescue Lip Gel – and says she has the confidence to date now that she has her condition under control.

Research by Hamadan University of Medical Science, published in the Journal of Clinical Investigation, has shown that liquorice root has the ability to weaken the cold sore virus which lies dormant in the skin between outbreaks. 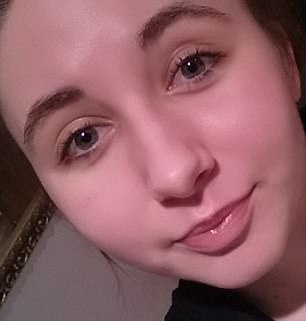 Indigo Faulkner, 18, has has suffered with cold sores since she was five – pictured left when she had a severe outbreak and right after finding a ‘near cure’ with a liquorice balm

More than two-thirds of the world’s population under 50 has the cold sore-causing virus, herpes simplex virus type 1 (HSV-1), according to the World health Organization (WHO).

Once our bodies are infected with this herpes virus it remains there forever.

‘They make me feel really insecure’

Miss Faulkner said people would think she was a ‘diva’ or vain for skipping nights out because of her cold sores, which she says look like an ‘open wound’ and can remain for 10 days.

‘They don’t realise that for a cold sore sufferer like me, cold sores are not only very painful they are disfiguring,’ she said.

‘I can’t even smile when I have live sores and everyone stares in horror at my lips.

‘I’ve been asked if I’ve been hit in the face or if I’ve had an accident because of how my face looks.

‘I’ve heard a few people at school make more insulting comments under their breath as I have passed by.’ 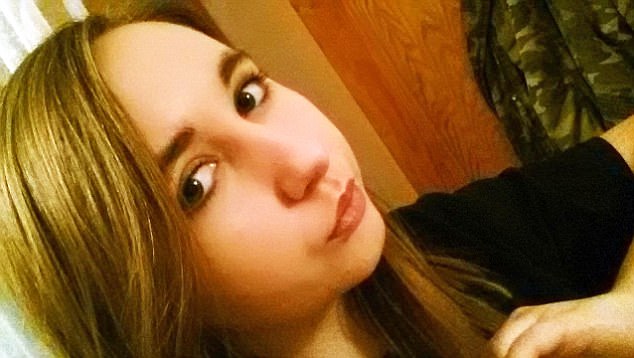 WHY COLD SORES COME BACK

Cold sores are caused by a virus called herpes simplex (HSV). Once you have the virus, it stays in your skin for the rest of your life.

Most people are exposed to the virus when they’re young after close contact with someone who has a cold sore.

It doesn’t usually cause any symptoms until you’re older. You won’t know if it’s in your skin unless you get a cold sore.

After the first time you get cold sores, your body may develop antibodies, and you’ll never have another infection. About 40 per cent of adults get repeated cold sores.

Around two thirds of the global population are estimated to have HSV1.

The cold sore strain can also cause genital herpes – which is why experts warn against having oral sex when you have an outbreak on your lip.

Cold sores generally are not serious, but the infection may be life-threatening for anyone with a weakened immune system.

There can sometimes be serious complications from a cold sore.  If the infection spreads to the eye, it could affect your vision. If it spreads to the brain, it could lead to meningitis or encephalitis.

It’s why doctors warn people not to kiss young babies when they have a cold sore after reports of infants dying from a brain infection.

Why some people are more vulnerable to more severe cold sore attacks than others is not understood.

‘When I have a really bad outbreak they cover my whole top lip and even go up my nose,’ she said.

‘They can crack open and weep and when anything touches them they hurt.’

Some people find that certain things trigger a cold sore, such as another illness, sunshine or periods.

Miss Faulkner was brought up in Spain and moved back to the UK five years ago when the change caused her cold sores to get worse.

‘The colder weather and more frequent colds meant I was getting an outbreak every six to eight weeks. I also get quite bad hay fever in the summer in the UK and that triggers my cold sores too.’

She says her mood always feels low when she’s dealing with an outbreak,

‘It’s very depressing. When I’m having a col sore outbreak I feel awful, they make me feel really insecure and I’m always covering my mouth when I speak so people can’t see my lips.

‘Although I haven’t had a boyfriend yet, there are boys I like but getting such bad cold sores makes me feel extremely insecure about the idea of dating someone.

‘It’s a very personal thing and most people don’t really understand much about what causes a cold sore.’

‘I’ve stopped hiding behind my hand’

Miss Faulkner says she was advised by a friend of my mother’s who also gets cold sores to try a lip balm containing an extract of liquorice. 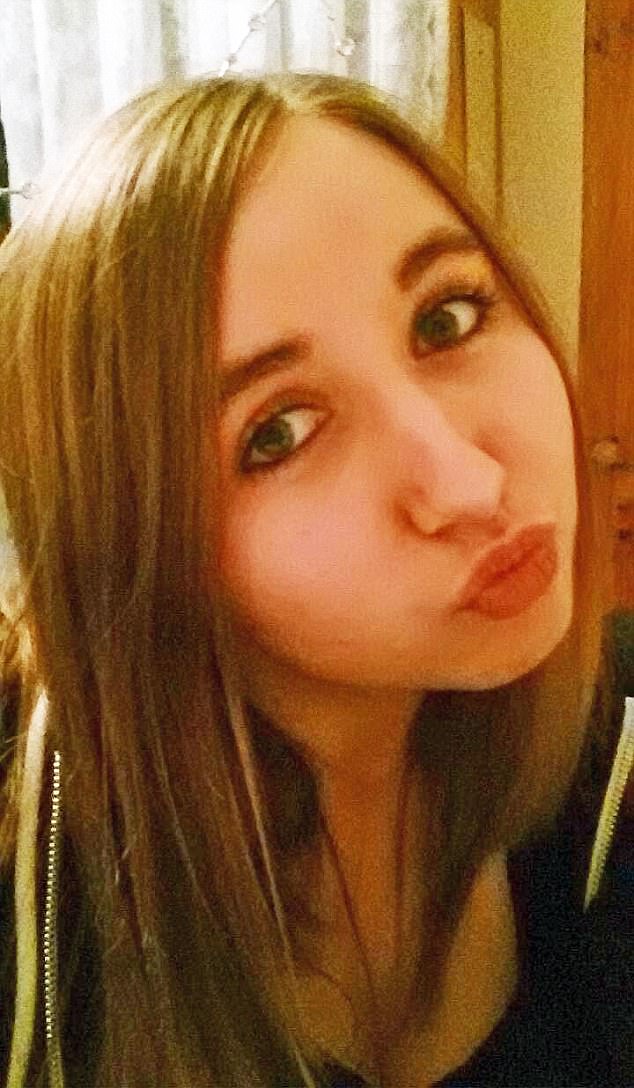 ‘Until then the most effective thing I had tried was ice cubes,’ she explained. ‘Over the last year the Liquorice Balm has made a huge difference.

‘I use the lip balm every day as a preventative and then I use a slightly stronger Liquorice Rescue Lip Gel at the first sign of a tingle of a cold sore.

‘They both contain an anti-viral natural acid which is found in liquorice root. The combination has reduced not only the length of time my cold sores last but also how often I get them.

‘I am getting far fewer outbreaks than I used to. They disappear much more quickly now I am using the liquorice lip products and they don’t spread up my nose and they don’t burst open and weep.

‘I recently had a really bad cold over Christmas and for the first time ever I didn’t get a cold sore, which for me is unheard of.’

Miss Faulkner says finding a solution has boosted her self-esteem.

‘I don’t feel so shy when I speak and have stopped hiding behind my hand. I still get a few cold sores, I always will as they are with you for life, but they are so much less visible now.

‘Hopefully it’s also going to give me a little more confidence on the dating front too.’ 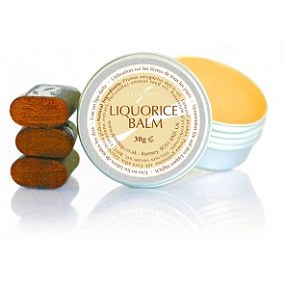 The lip balm containing an extract of liquorice used by Miss Faulkner was found to reduce the severity and duration of cold sores more than most conventional cold sore treatments, according to a new study.

Liquorice Lip Balm, produced by Skin Shop, was found to be effective in a double-blind trial, carried out by the Herpes Viruses Association on 40 people.

It reduced the severity and duration of outbreaks for over 73 per cent and more than eight out of ten people involved in the test reported experiencing less severe outbreaks than when using their conventional treatments.

While using the liquorice lip balm, testers reported that on average their outbreaks were only half their normal length.

The key cold sore fighting ingredient in liquorice is glycyrrhizic acid (GA). This specifically targets the genes that are required to maintain the virus in its latent state by interfering with the production of special proteins that feed the infected cells, according to the balm’s makers.

It can be used to prevent outbreaks before they take hold, they said.