Colon cancer: the ‘silent killer’ that claimed the life of Kirstie Alley and 53k more this year

Her family revealed the actress, 71, was recently diagnosed with colon cancer – a disease affecting one in 20 Americans.

If caught early, more than 90 percent Americans survive the disease. But it often grows and spreads with mild symptoms easily passed off for other, less sinister ailments – such as stomach cramps, weight loss, change in toilet habits or bloating.

Unfortunately, only around a third of all colorectal cancers are diagnosed at this early stage. The majority of colon cancers are only spotted when it has spread

beyond the wall of the colon or rectum or to distant parts of the body, where it becomes hard to treat.

Ms Alley, 71, died of colorectal cancer have only recently having been diagnosed, suggesting that the disease had progressed to a late stage 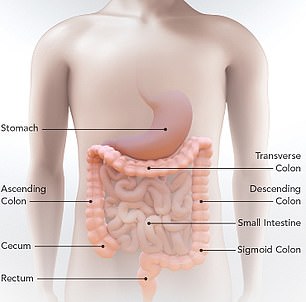 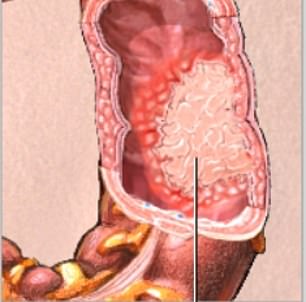 Overall, rates of deaths and new cases of colorectal cancer in the US are trending downward, according to federal data 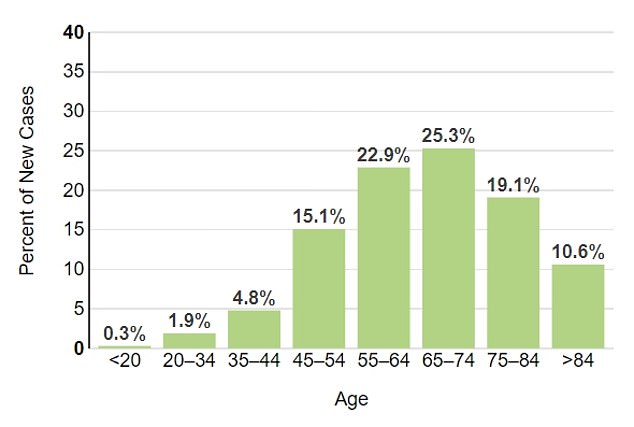 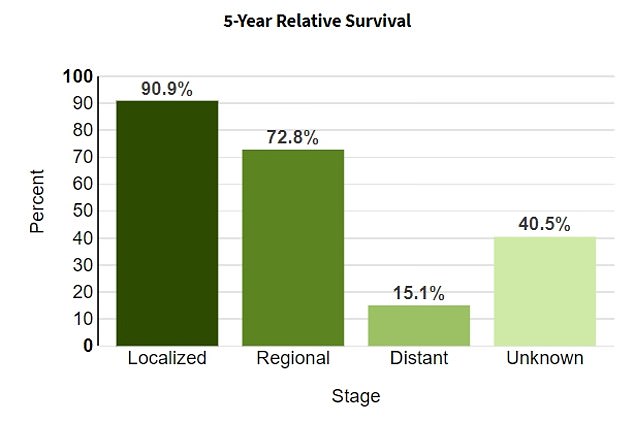 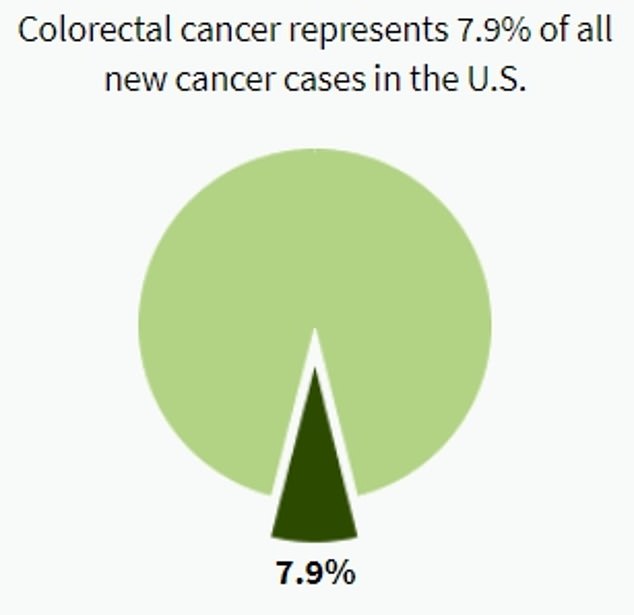 Colorectal cancer is the fourth most common cancer in the US behind skin, breast, and lung

According to her representatives, Alley had been undergoing treatments at Moffitt Cancer Center in Tampa, near her home in Clearwater, Florida.

He had been diagnosed four years prior and battled the disease privately. It had already reached stage III when it was diagnosed, meaning it had advanced quite far.

Ronald Reagan, the 40th US President also had colon cancer but survived it. His early detection and treatment spurred advanced screenings nationwide. But it was Alzheimer’s that claimed him at age 93.

Supreme Court Justice Ruth Bader Ginsberg had colon cancer in the 90s but was cured before she was then diagnosed with another form of cancer, this time in her pancreas.

And Sharon Osbourne, outspoken TV talk show host and wife of rocker Ozzy Osbourne, was diagnosed with colon cancer in 2003 and was open with the public about her treatment plan.

After being cured, she created the Sharon Osbourne Colon Cancer Program to help others living with the disease.

When caught early through routine screening, the chance of surviving colorectal cancer is high. Typically in early stages, the cancerous tumor can be removed surgically.

But in later stages of the disease when the cancerous cells have spread, doctors have to take other routes such as chemotherapy and radiation to kill them off.

There are more than 106,000 new cases of colorectal cancer in the US each year making it the fourth most common behind skin, breast, and lung.

That means about one in 20 Americans will be diagnosed with colon cancer in their lifetimes, though the risk is slightly higher for men.

Nearly 53,000 Americans have died of colorectal cancer this year, giving it a five year survival rate of 64 per cent.

Colon cancer almost always develops from precancerous polyps, or abnormal growths, in the colon or rectum.

Screening tests such as colonoscapies can detect those polyps, vastly increasing the chance of survival. Doctors can then remove those cancerous polyps right on the spot.

The US Centers for Disease Control and Prevention (CDC) advises Americans to start when they turn 45. But according to the CDC, three in 10 adults aged 50 to 75 are behind in their screening, meaning they could have undiagnoses problems.

Colonoscopies, or the procedure in which a lighted tube called a colonoscope is inserted into the rectum and the entire colon to look for polyps or cancer, is one of the most common screening tools. You should have the exam again every 10 years.

Doctors can also use stool DNA tests to screen for cancerous cells, tests to detect blood in the stool, and imaging tests that use X-rays and computers to produce images of the entire colon.

While colorectal cancer is relatively common, severe outcomes including death can be prevented with routine screenings. More than 92 per cent of patients diagnosed with stage one colon cancer live for at least five years.

COLON CANCER: WHAT ARE THE WARNING SIGNS?

More than nine out of ten people with stage 1 bowel cancer survive five years or more after their diagnosis.

Unfortunately, only around a third of all colorectal cancers are diagnosed at this early stage.

The majority of people come to the doctor when the disease has spread beyond the wall of the colon or rectum or to distant parts of the body, which decreasing the chance of being successfully cured of colon cancer.

Age is a major risk factor for colorectal cancer. For colon cancer, the average age at the time of diagnosis for men is 68 and for women is 72, just one year older than Ms Alley was at the time of her death.

People who smoke and drink heavily as well as the obese are also at higher risk of developing colorectal cancer.

Treatment usually involves surgically removing the tumor, though not necessarily if the cancer has spread to wider parts of the body.

Chemotherapy for colon cancer is usually given after surgery if the cancer is larger or if it has spread beyodn a localized spot to the lymph nodes and other parts of the body. It is also used to shrink a tumor before it is surgically removed.

Radiation therapy, which uses x-rays to destroy cancer cells, is generally used in conjunction with chemo once the cancer has spread beyond the wall of the rectum to lymph nodes.