Conjoined twins who were attached at the navel and amazed doctors after they were born naturally have been successfully separated.

The one-week-old babies – called Anick and Destin – were born in a remote village in the Democratic Republic of Congo.

They had to endure a risky 15-hour journey on the back of a motorbike to get to a specialist hospital where they were operated on by a team of volunteer surgeons.

Despite the 870-mile (1,400km) round trip across jungle, on treacherous roads and by air to get to capital city Kinshasa, the girls are said to be ‘doing well’. 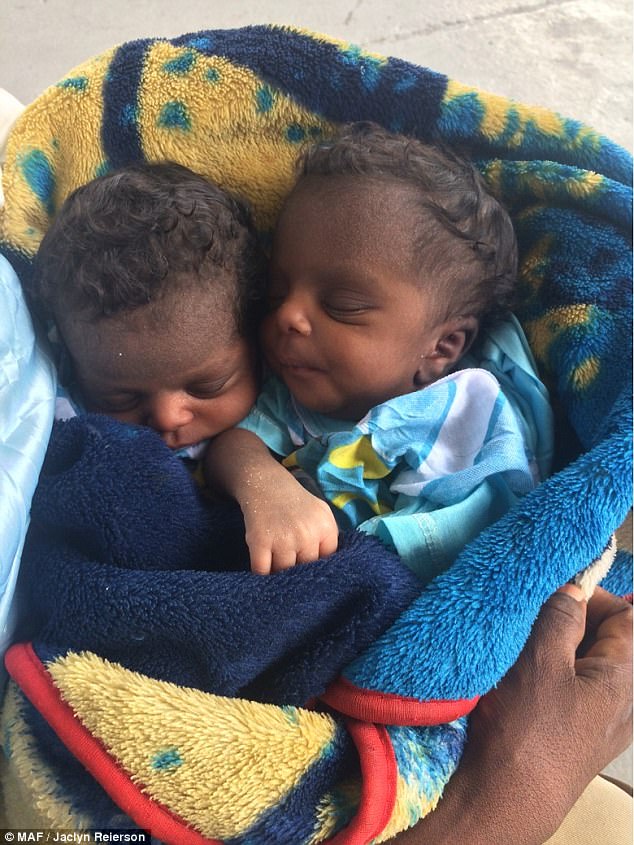 Born attached at the navel, doctors were astonished they were born naturally

The babies were born at 37 weeks in August, and were joined at the abdomen, sharing some internal organs, the BBC reports.

Conjoined twins occur once every 200,000 live births, and their survival is anything but assured. Approximately 40 to 60 per cent arrive stillborn, and about 35 percent survive only one day.

Outcomes are especially uncertain in remote areas where no medical help is available. 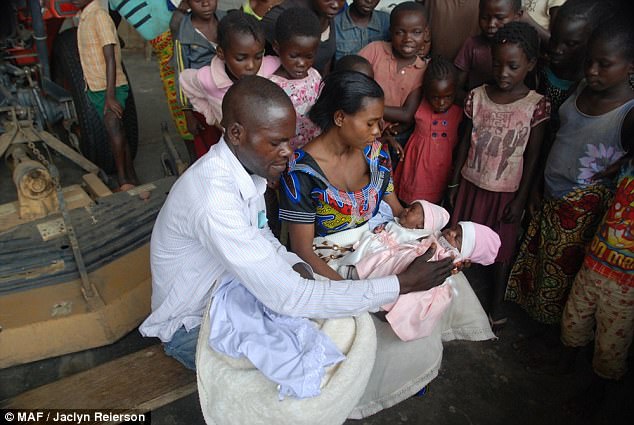 Mother Claudine Mukhena and father Zaiko Munzadi were shocked to find their babies were joined at the abdomen, sharing some internal organs 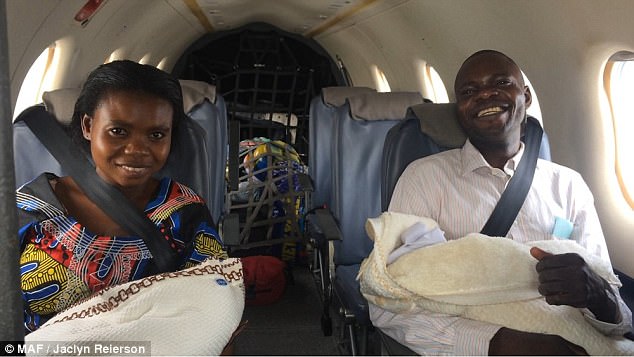 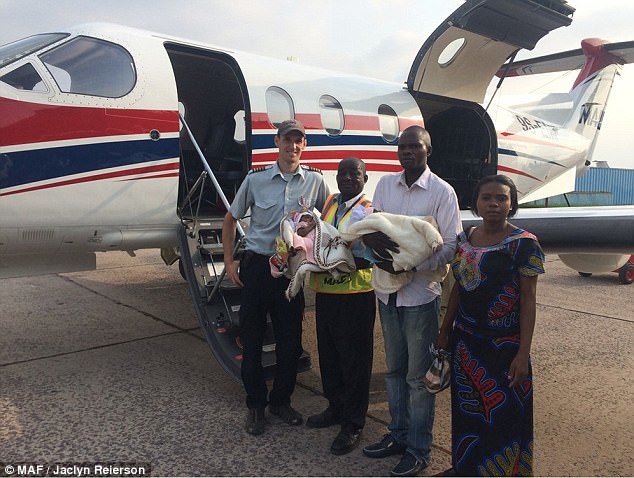 Their parents, Claudine Mukhena and Zaiko Munzadi, from the village of Muzombo, in the west of the African country, realised that the babies needed surgery and wrapped them in a blanket.

They set off on a trek through jungle to their nearest hospital in Vanga, but it didn’t have the facilities or expertise to carry out the complex surgery.

The girls were then transferred them to a hospital in Kinshasa more than 300 miles away.

To avoid risking another hazardous long journey by road, the family was flown by humanitarian airline MAF.

The twins are now being monitored in hospital and will return to their village in three weeks.

Dr Junior Mudji, who is now caring for them at Vanga Evangelical Hospital, believes the operation was the first to separate conjoined twins in the DR Congo.

‘At 37 weeks, conjoined twins born naturally – it’s unheard of,’ he said. ‘They are doing fine, they sleep well and eat well. In general, they are doing well.

‘We will keep them here for three more weeks to be sure everything is normal.’

In September, a woman in Uttar Pradesh in northern India gave birth to conjoined twins naturally and then discharged herself hours later, prompting doctors to urge her to return to save her babies from dying as they still share the same umbilical cord.