‘They will hate it, it won’t feel natural’: Constance Hall is slammed online after the controversial mummy blogger says step-parents should NEVER discipline their partner’s kids

The mother-of-seven, herself a step-parent who shares her blended brood with husband Denim Cooke, made the claim in a lengthy Facebook post on Thursday night.

The post, titled ‘Do’s and don’ts of step-parenting’, quickly racked up thousands of likes and streams of comments from social media users, the vast majority of whom took issue with her stance on discipline.

‘Don’t discipline someone else’s kid (toddlers and younger are different, they need it for their own safety. Dr Phil says if you come into their life after three, no to disciplining),’ Constance wrote.

‘They will hate it – it won’t feel natural or fair. The only reason a parent can discipline their child is because that child knows exactly how much their parent loves them.’

One mum replied that while she loves Constance and her content, her latest post is ‘step-parenting from one point of view’.

‘Agree with most of this, but not the discipline bit. Discipline is not a negative thing when done properly, and I think all kids thrive on it when it’s gentle and consistent,’ she wrote.

‘This is good advice but also don’t forget how hard it can be for a step-parent and it requires a lot of support and love from the bio parent. It can feel like a very thankless job sometimes,’ another user commented. 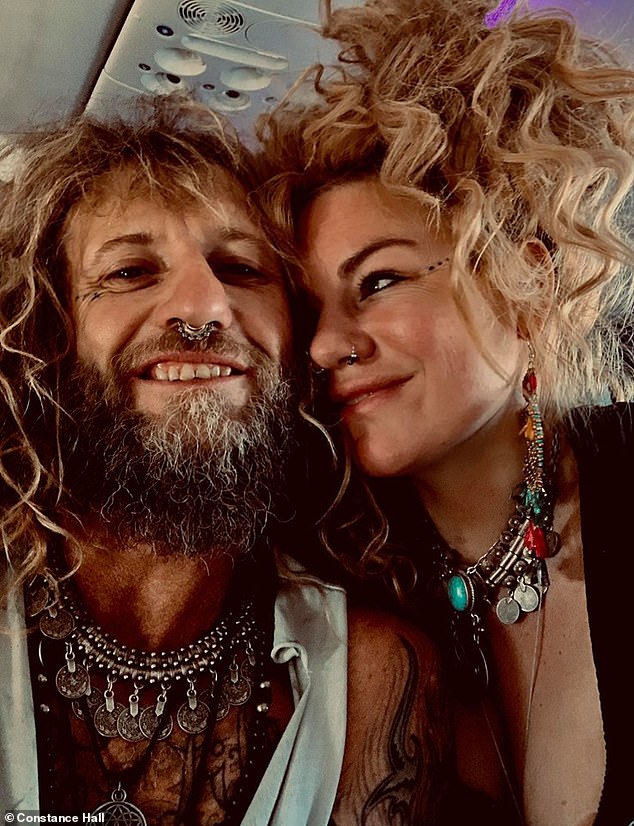 The mother-of-seven, a step-parent herself, shares her blended brood with husband Denim Cooke (left)

Someone else said they don’t agree, because ‘children need discipline and boundaries throughout most of their childhood’ and step-parents should be involved so long as their method of discipline is consistent with that of the biological parent.

But at least one fellow mum shared Constance’s view, saying she had learned from personal experience how discipline can be destructive to a child and step-parent relationship.

‘Step-parents need to be able to tell a child their that behaviour is not acceptable, however punishment or consequences need to be set and delivered by the biological parent,’ she said.

Constance replied to the deluge of comments two hours after her initial post, urging others to do ‘whatever works’ for them and saying parenting is an ‘each to their own’ role. 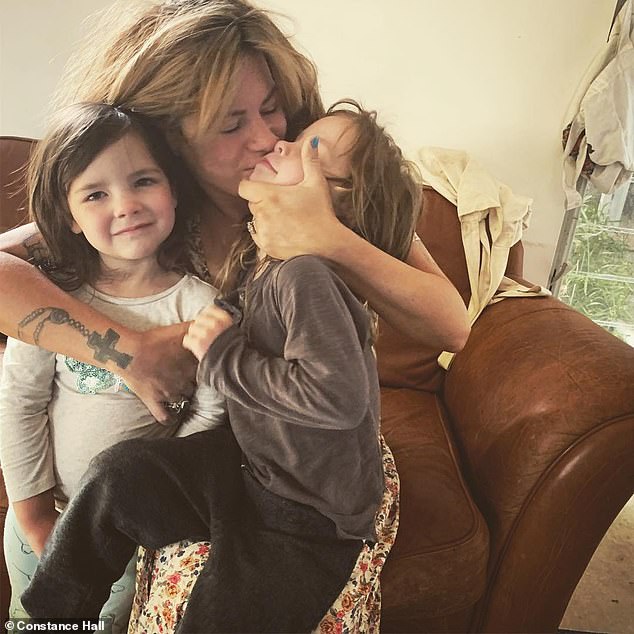 Don’t…. expect to be a new parent, some kids have 1 parent, some 2. No single parent that I know has EVER shacked up with a partner because they can’t handle parenting alone.

Do… expect a new possibly life long bond. Just because you are not a substitute parent doesn’t mean that your role of being in this child’s life can’t be one of the most close and bonded relationships this child will ever have.

Don’t… expect things to be easy. Oh God no. Expect it to be tough, very tough. Not every relationship survives and that’s OK.

Do…. expect it to be worth it. The feeling that you get when your step-child runs up to you at school pick up and flies into your arms is worth it. If you were tolerant enough to survive, you are worth it.

Don’t…. discipline someone else’s kid (toddlers and younger are different, they need it for their own safety. Dr Phil says if you come into their life after 3 no to disciplining). They will hate it, it won’t feel natural or fair. The only reason a parent can discipline a child is because that child knows exactly how much their parent loves them.

Do… spend one on one time with the child, have a special ritual that only you two do. Like horse riding or sneaking in an ice cream on Fridays after school.

Don’t… tell your partner how they should be raising the child. A lot of single parents have ex’s ridiculing their decisions, to also have a new lover come in and get angry at you for not taking their advice will possibly tip them over the edge.

Don’t… favour your own children in a noticeable way. You will most probably favour your own children, it’s human nature. And you will probably have all sorts of excuses to justify that “my kid is older, we don’t see my kid as often, my kid is better behaved” etc etc. The truth is that no matter what you say, from the child’s perspective it’s unjustifiable. So you need to keep it to yourself.

Do… remember that anyone who has let you in on the sacred relationship between a parent and a child has put a lot of trust into you, there must be a good reason for that, you have decided to stay despite knowing how hard it is. Often we stay with people we have kids with for much longer then we should because we naively “do it for the kids” you however as a step parent have been chosen, for no other reason then you are who you are.

Don’t.. ever forget that the love between you and a step-child is chosen love, you are all together through love not circumstances and as hard as that is, it pretty special.

‘I am not only speaking from personal experience but I have also interviewed one of the country’s leading psychologists on this matter and he agrees entirely with Dr Phil’s sentiments on it,’ she said.

‘In my opinion if my children were ever disrespectful towards Denim they would know very well that they would be in the s**t with me the minute I got home, so they never treat him in a way they wouldn’t treat me.

‘This post was written to the step-parent, not the parent. It was written to someone who thinks they should come in and start new rules and time outs etc, but if the biological parent has asked for that help then go for it! Discipline away! It’s just not the way we roll,’ she finished.

Most people agreed with Constance’s other opinions, including giving equal attention to biological and step-children, expecting to have a lifelong bond with your step-child and supporting your partner’s decisions.