Tennis is bracing itself this week for the publication of the long-awaited — and apparently very long — Independent Review Panel report into corruption in the sport.

Said to consist of approximately 2,000 pages, and having cost upwards of £15million to be compiled under London-based QC Adam Lewis, it has been delivered to some of the stakeholders who commissioned it, such as the various governing bodies and the four Grand Slams.

It was instituted in February 2016 following reports of largely historical match-fixing activity going back a decade.

Tennis is set to be rocked by a 2,000 page report which looks into corruption in the sport

Tennis authorities have agreed to implement any recommendations that are given.

Meanwhile, Great Britain’s Fed Cup team was this morning trying to clinch promotion to the World Group level of the competition against Japan in Miki City, having finished the opening day at 1-1.

Both matches went according to ranking, with Heather Watson losing to Japanese number one Naomi Osaka 6-2, 6-3 and Jo Konta beating the home number two, Kurumi Nara, 6-4, 6-2. 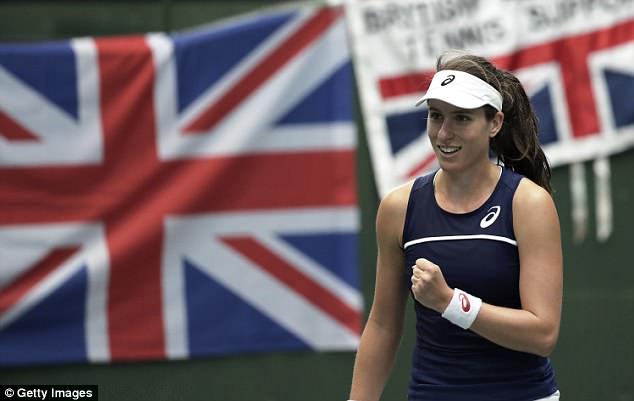