Cosmo editor, 37, admits lifestyle magazines sell ‘LIE’ that readers can have a career and family

Glossy women’s magazine’s sell a ‘lie’ that their readers can have it all, according to the esteemed editor of Cosmopolitan, Farrah Storr.

The magazine editor has revealed that she eventually gave up on having children in order to bag her dream job.

37-year-old Storr said that she was sold the idea of having it all by the former editor of Cosmopolitan, Helen Gurley Brown, in her bestselling book.

Farrah Storr has said that she was sold a false idea that she could have it all by one of the former editors of the magazine she now works for.She has recently appeared on TV (pictured) to put her point forward regarding her choice to have model Tess Holiday on the cover

Speaking to The Times Magazine, Storr admitted that her and her husband had given up on having children after deciding that being able to have both a successful career and a family was actually a myth.

At the age of 36, Storr and her husband abandoned their plans for IVF treatment and Storr decided to not go to an appointment.

Storr left behind the struggle to have children in her mid-30s. She admitted to her husband that ‘her ovarian ache’ was not strong enough to justify the sacrifices necessary to raise a family.

When she was younger she was told that she could be the editor on the train into work and the woman with the baby at home.

‘But it hadn’t worked out that way,’ she said.

She added: ‘The irony of choosing not to fulfil an ideal the very magazine I edited had created was not lost on me.’ 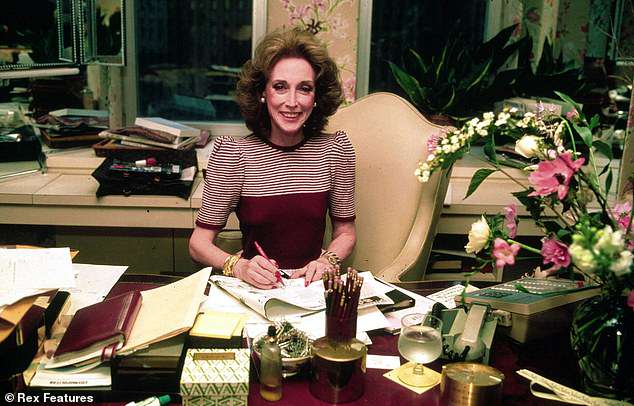 Farrah Storr said she had been inspired by one of the former editors of Cosmopolitan, Helen Gurley Brown (pictured)

‘In life you have to choose and choosing is uncomfortable. It means opening the gate to one path but closing the gate to the other. Few get to walk both paths. Perhaps, like me, [Gurley Brown] knew deep down the truth: you can’t have it all.

‘Along the way, I had been forced to make uncomfortable choices. The notion that I could have or indeed would want it all was a lie. A lie sold to me by the very magazine I edited.’ 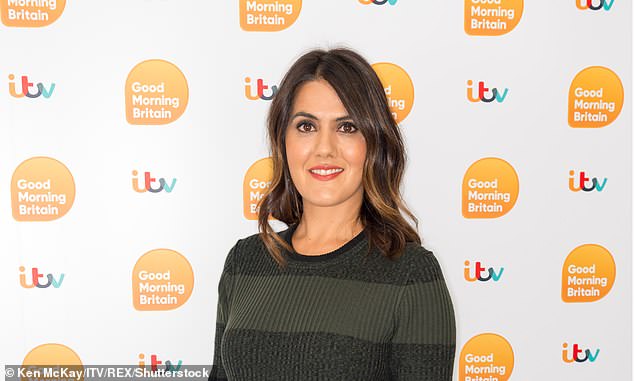 Storr, who has worked on a range of women’s magazines including Good Housekeeping, Eve and Women’s Health, said that success would come at a cost.

‘Almost overnight, our lives became very full. ‘Getting to the top, I quickly discovered, was not so much about ambition and talent but more about hard graft. With two big careers and a marriage to nurture, the fabric of our lives felt stretched to capacity.

‘I was 36. I knew that to be an editor of a major magazine would take everything I had. But then, so too would being a mother. I wasn’t sure my ovarian ache was enough to ask one of us to put the handbrake on our dreams. I never made the IVF appointment.

‘As I headed into my 37th year, we laid to rest any notions about a family and thus ‘having it all’. I could, I decided, be OK with having it all-ish.’

Storr said she appreciated the irony that ‘having it all’ was propagated by her predecessor, Helen Gurley Brown, in her bestselling book. She later learnt that Gurley Brown, who had no children, fought against the title that her publishers insisted upon.

She had turned Cosmopolitan from a prim, failing guide on doing the housework and pleasing your husband to a glossy bible for aspiring young women.

Storr concluded, however, that her generation had been sold a lie.