Seven in 10 first-time buyers are delaying their first step onto the property ladder, new research claims.

Of those looking to buy their first home in the next 12 to 24 months, 70 per cent have decided to delay the process, the survey from Nationwide Building Society reveals.

This is largely due to their ability to save for a deposit, which is being impacted by the cost of living crisis that has seen food, fuel and energy prices soar.

The first-time buyers were then separately asked how long they expect the delay to be and the average was around two years.

And almost one in five – at 19 per cent – said they are pressing pause on their homeownership aspirations for more than three years.

There are regional variations with 23 per cent in the South West saying the delay would be more than three years, and that this was the case for 28 per cent in Wales.

The survey of 2,051 people looking to buy their first home in the next five years revealed that saving for a deposit is the biggest hurdle to stepping onto the property ladder.

A total of 28 per cent claimed that this was the most difficult part of home ownership to overcome.

A 10 per cent deposit on a typical first-time buyer home is at nearly 60 per cent of gross annual income – a record high, according to Nationwide.

By contrast, only 14 per cent say it is the ability to borrow enough, while 12 per cent claim keeping up with mortgage payments would be the main challenge. 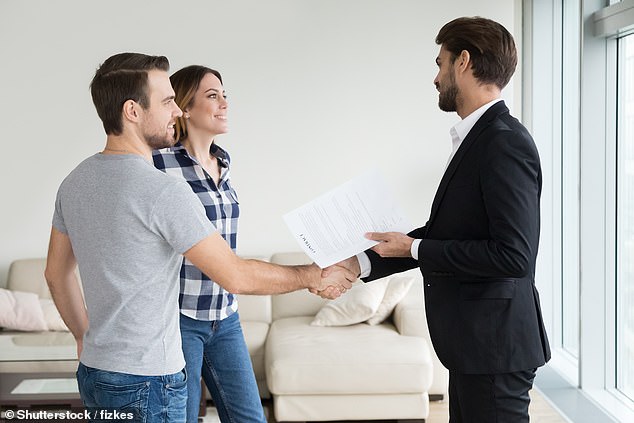 A total of nearly nine out of 10 have had their ability to save for a deposit impacted due to the rising cost of living.

It has led to 48 per cent reducing the amount they save for a deposit, with 38 per cent using the money already earmarked as a deposit to pay other bills.

Nationwide also revealed the ways that would-be first-time buyers are cutting costs to try and get their first home.

• 43% cutting back on going out or eating out

• 37% lowering household bills by shopping around

• 21% benefiting from cashback from spending on card

• 20% using a savings or budgeting app

• 12% putting off starting a family or adding to it

The survey also asked whether 2022 is a good time to buy their first home, and the responses were split, with 51 per cent disagreeing and 49 per cent agreeing.

One of the main problems for people buying a home in the area they live in is high house prices. This was the case for 57 per cent, while 43 per cent said rents were too high to be able to save.

Nearly a quarter said their area had a competitive housing market, while the same amount said there was a lack of homes on the market.

It is highest for those living in Greater London at 79 per cent, as prices are higher than any other area of Britain.

The survey revealed that the average age buyers hope to be when they step onto the property ladder is 27.

However, three in 10 said it is unlikely they will be able to purchase a home by the age they hopes, while a third admitted they’ve already gone past that age.

The struggle to get onto the property ladder is also driving people to think about buying with someone else to make that first home purchase a reality.