A British businessman dubbed the ‘bling king’ is being investigated for money laundering and fraud after expats lost up to £6 million by investing in his companies.

Money Mail has spoken to a number of residents on the Costa del Sol who say Rhys Williams persuaded them to plough money into Dubai-based companies by offering eye-watering returns on their investments.

We can reveal that the 36-year-old lived a gilded lifestyle in a £9,000-a-month gated Spanish villa with private security in one of Marbella’s most exclusive districts. He drove a fleet of high-performance cars.

Williams completed the image of a successful businessman by taking his family on lavish holidays on business-class flights and regularly buying Rolex watches, expensive jewellery and £8,000 handbags for his wife Lisa.

The expats say Williams sucked in potential investors by convincing them of the viability of the paper recycling firms in Dubai, which were said to make £40 million a year.

At least one of the investors was flown out to Dubai and given a personalised tour around various factories and offices to allay his scepticism.

Expats allege that they were told they would be paid interest of 2 per cent every month on their investment.

This is equal to a return of 24 per cent a year. The investors say they were provided with convincing documents spelling out the deal.

But within six months, the monthly payouts allegedly stopped and Williams refused to pay back the capital, the expats claim. 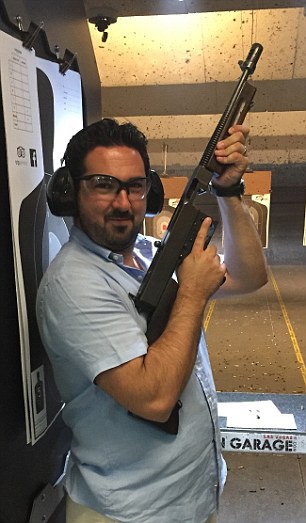 Hotshot: Rhys Williams poses with a gun at a shooting range

Their experience shows just how risky it can be to invest while living abroad or to put money into foreign companies.

Many of those who retire for a life in the sun have found the financial regulations are much weaker and their savings are at risk.

Alarmed by Williams’s behaviour, the investors in the Costa del Sol compiled a dossier of evidence against him and handed it to the police.

Williams is currently being investigated for alleged fraud by Spanish Police and money laundering by British detectives.

He abruptly took his three children out of private school and moved his entire family from Spain back to his home in Conwy, North Wales, in recent weeks.

Further investigations have found that the businessman was declared bankrupt by a county court in Anglesey in 2012 after his care home business collapsed.

Two years later he appeared at Mold Crown Court charged with eight fraud charges. The jury was told to find him not guilty after the prosecution offered no evidence.

The expats who invested in the Williams companies told Money Mail that they were seduced by his charming manner and seemingly endless supply of money.

Paul Livesey, whose 84-year-old father Brian invested almost £1.5 million, said: ‘It has destroyed him. He had a stroke earlier this year from the stress of it.

‘We are barely keeping our heads above water and will be paying off debts for years.’

Paul, 45, who runs a construction firm in Manchester, said his father was ‘hooked in’ by meals at fancy restaurants and trips to Wimbledon Tennis.

His father, who lives in Marbella, thought the investment would help fund a more comfortable retirement.

‘Mr Williams was very personable, a very friendly guy,’ says Mr Livesey. ‘He talks to anyone. And when everyone saw that he was hiring private jets and private yachts and buying his wife diamond necklaces, £8,000 handbags and £5,000 shoes, they believed he was the real deal. 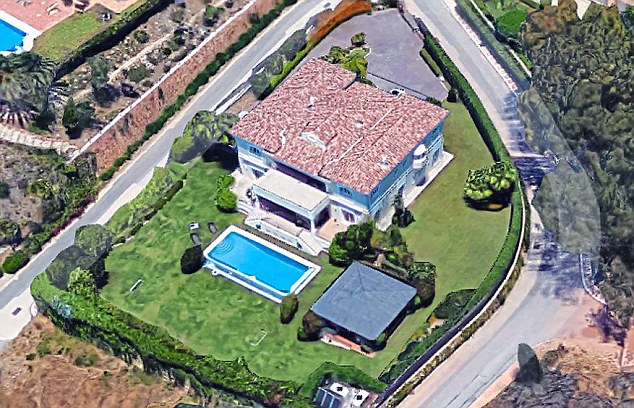 Plush: The Williams’s villa was  in a £9,000-a-month gated community with private security in one of Marbella’s most exclusive districts

Another investor, Adrian Parsons, 53, from Birmingham, invested £450,000 into the Dubai firms. ‘He was very convincing,’ Mr Parsons says. ‘He and his wife were living in a £9,000-per-month villa and were dressed head to toe in designer clothes and Rolexes. ‘They lived the high life out here with all the apparent credentials to prove they were successful and making money.’

Mr Parsons flew out to Dubai where he was shown around various facilities of a firm called Impact General Trading that apparently backed up the claims.

‘He reinforced all this with detailed bank statements and lots of official paperwork,’ he adds.

‘For the first six months he paid back the promised 2 per cent agreed per month. But then the money suddenly stopped coming in.’

Mr Parsons, who runs a gardening and maintenance company, said he became friends with Williams because their children went to the same school.

He added: ‘We were so close that I even invited him to my wedding in Las Vegas in June, 2015.

‘I was seeing him three to four times a week. I thought this guy was one of my best friends out here, but now I realise he was grooming me. 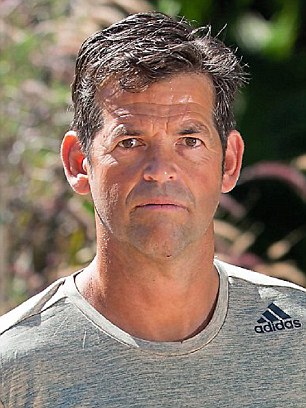 ‘I’m quite a cautious person and I went to Dubai five or six times to look at the company. I couldn’t really fault it.

‘I also checked him out but didn’t find the bankruptcy details from the care home. Until last month, they had three kids at private school, were still going to all the top restaurants — just like nothing had happened.

‘Then the family suddenly fled to Wales. He has left a trail of destruction behind him and many lives in tatters.’

Williams is being investigated by North Yorkshire Police’s fraud squad after an investor from the area complained to the force.

A spokesman said: ‘Police have interviewed a 36-year-old man from North Wales, in connection with an ongoing investigation into money laundering offences.’

‘We cannot comment further as we are still gathering evidence before taking anything we find to a judge.’

Last night Rhys Williams told Money Mail: ‘No money is invested with me directly and I deny all the allegations completely.’