Could a Covid treatment be the remedy for America’s opioid epidemic?

A therapy that rose to prominence during the Covid pandemic and was even used to treat Donald Trump may help to ease the deadly opioid overdose epidemic in the US, scientists hope.

Monoclonal antibodies — or virus-fighting proteins made in a lab — fight off infections by stopping the virus invading cells, and in early clinical trials were found to slash the risk of hospitalization by up to 71 percent.

Now scientists are on a path towards using this treatment to alleviate chronic pain, that leaves sufferers including arthritis and cancer patients needing to take up to several pills a day — risking addiction.

The research at the University of California, Davis is still in the early stages, with experts currently designing an antibody that could bind to nerve cells to stop them sending persistent pain signals to the brain — easing persistent pain. It will be years before it reaches hospitals or pharmacy shelves.

But scientists hope they can develop a non-addictive monthly injection as an alternative to opioids such as morphine, which are used as a last resort for patients with chronic pain typically after surgery. It could also be used to help those on non-steroidaly anti-inflammatory drugs (NSAIDS) like arthritis and cancer patients, who may have to take the pills for months.

America’s overdose deaths surged to a record nearly 108,000 fatalities last year, with 85 percent of them involving an opioid such as fentanyl or one issued on prescription among others. As many as one in five Americans are suffering from chronic pain, official estimates suggest, with some prescribed opioids to treat the condition.

Scientists at the University of California, Davis are hoping to develop an alternative painkiller to opioids that would not be addictive. Pictured above are the steps required to build the alternative. They have already completed the first, identifying the channels they need to block on cells to stop pain signals. But they say it will take years to develop the treatment 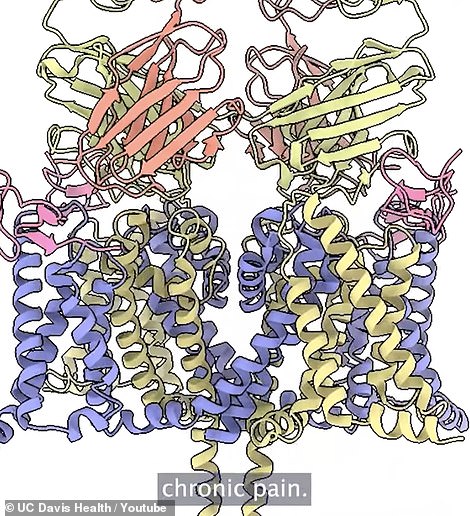 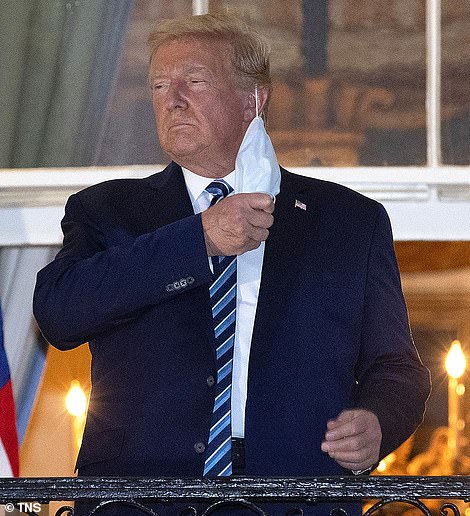 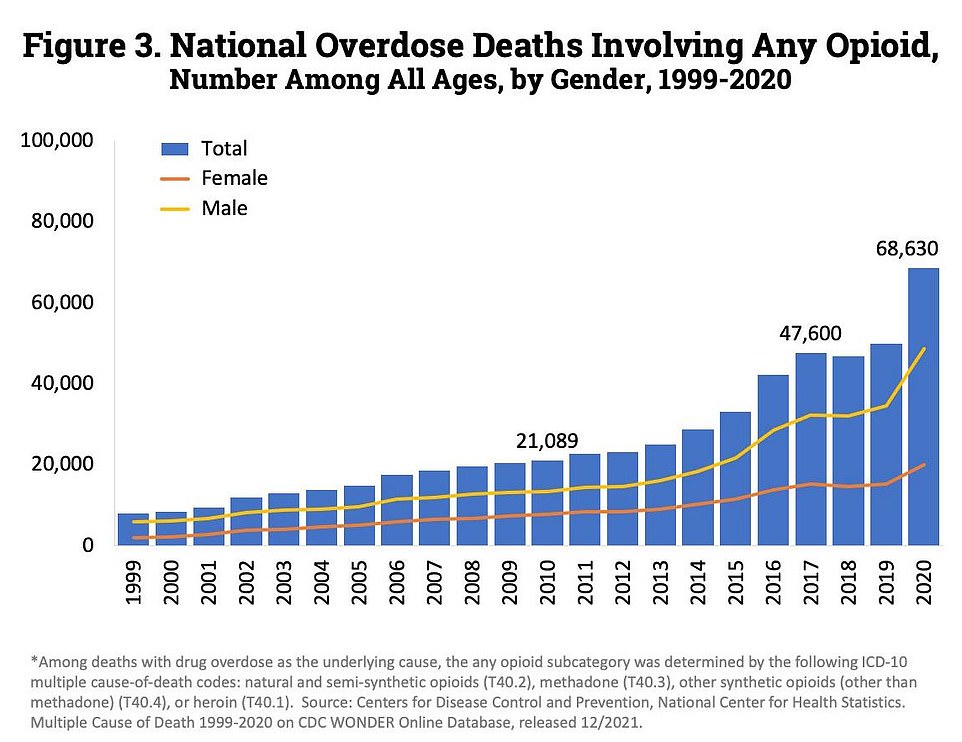 The above graph shows the number of overdose deaths involving opioids, and is from the Centers for Disease Control and Prevention (CDC). It reveals that the fatalities hit a record high in 2020, the latest year the figures are available for. Overdose deaths from opioids account for about 80 percent of all overdose deaths 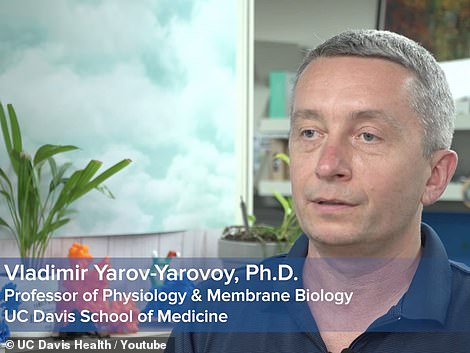 Dr. Vladimir Yarov-Yarovoy (above) is a lead scientist of the study taking place at UC Davis.

People prescribed opioids to treat chronic pain are at high risk of becoming dependent on the powerful drugs, scientists warn.

The researchers aim to create antibodies that can bind to three specific channels on nerve cells that send pain signals to the brain.

This will stop them functioning, the scientists say, relieving chronic pain for up to a month — about how long antibodies last in the body.

The goal of the research is to create antibodies that will bind to those three specific sites on the nerve cells, inhibiting their activity and halting the transmission of pain signals.

They are currently designing the antibodies, which will then be tested on neural tissue before moving to animal trials. It is years away from reaching humans.

How would the treatment work?

– They analyze which proteins would best fit three specific ion channels in nerve cells, which are responsible for transmitting pain signals in the body.

– They create antibodies that will bind to those three specific channels on the nerve cells, inhibiting their activity and stopping them from sending pain signals.

– A patient dealing with chronic pain would receive an infusion of the monoclonal antibodies on a monthly basis.

This will be the first attempt to target monoclonal antibody technology at pain relief. UC Davis researchers received $1.5 million in grant funding last April from the National Institutes of Health, the federal government’s primary agency for biomedical and public health research.

The goal, Yarov-Yarovoy said, is to create antibodies in the lab that fit into three specific voltage-gated sodium ions in nerve cells like keys in locks. An IV monoclonal antibody treatment is expected to effectively block pain for about a month, eliminating the need to reach for pills.

‘For patients with chronic pain, that’s exactly what you need,’ Yarov-Yarovoy said. ‘They experience pain, not for days, but weeks and months.’

Researchers predict that this type of antibody treatment could be administered intravenously on a monthly basis as it typically takes a month for the antibodies to break down in the body.

Yarov-Yarovoy added, ‘The expectation is that the circulating antibodies will be able to provide sustained pain relief for weeks.’

After identifying the proteins that will attach to the three nerve channels associated with pain, the scientists create antibodies that bind to those sites and block pain signals from traveling.

They will then test the formulated antibodies on neural tissue in a lab, as the experiment is not ready for animal or human trials yet.

The experiment, if successful, would prove instrumental in curbing the persistent opioid addiction crisis fueled by many doctors aggressively overprescribing as well as underestimating the risk of becoming dependent on the drugs.

In October 2020, Donald Trump was treated with an experimental antibody cocktail after testing positive for Covid. The treatment — made by Regeneron Pharmaceuticals in New York — works by binding to the virus’ spike protein which it uses to invade cells, stopping an infection in its tracks.

The number of fatal drug overdoses jumped 15 percent in 2021 to more than 107,000 with 75 percent of those deaths involving an opioid, overtaking the previous record set last year, federal tracking shows.

The synthetic opioid fentanyl drove up overdoses more than any other drug in 2021, leading to more than 71,000 deaths, up 23 percent from the year before.

The Centers for Disease Control and Prevention reported a 30 percent increase in the number of fatal overdoses in 2020, marking a record at that point of 93,000 deaths. Opioids, usually fentanyl or other illegal synthetic drugs, accounted for most of the overdose deaths in 2019 and 2020, making up 72.9 percent of 2020 deaths, up from 70.6 percent in 2019.