Young couple are rescued treading water in the middle of the ocean after THREE days at sea after losing their paddleboards: Fisherman spotted them ‘floating past in the tide’

A young couple have been miraculously saved by a fisherman after being lost at sea for three days.

Lorne Benussi, from the coastal town of Yeppoon in Queensland, was on a fishing trip with his father when he came across the desperate pair.

He had anchored his boat at Yellow Patch on Curtis Island and went to sleep on Monday night before hearing voices outside calling for help.

‘We were on a fishing trip and went to bed at 9:30pm. At 10:15pm, we heard voices calling for help and we saw them drifting past the boat,’ Mr Benussi told Daily Mail Australia

Lorne Benussi, from the coastal town of Yeppoon in Queensland (pictured), was on a fishing trip with his father when he came across the desperate pair 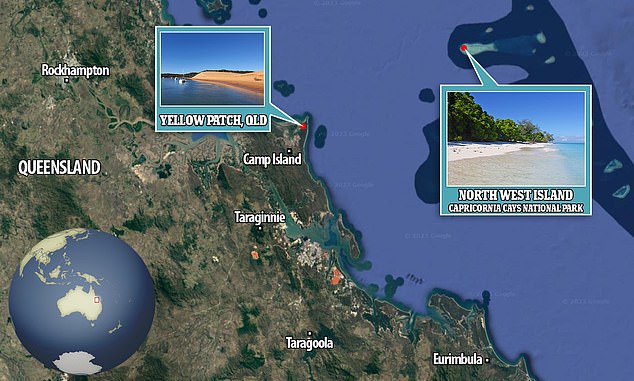 The couple had drifted all the away from North West Island, which is about 75 kilometres northeast of Gladstone

‘We had the dinghy and so were went over and dragged them onto the boat.’

‘The poor buggers had no energy, they were completely exhausted. They couldn’t even sit up.’

Mr Benussi helped the pair onto his boat and provided them with food, water and clean clothes. They also took hot showers.

The young couple didn’t say much to the former commercial fisherman but were ‘just grateful’ to be saved.

Mr Benussi said the young man was not fairing as well as his partner as he ‘barely ate anything’ and only drank water, half of which he chucked up.

He added that the pair ‘were up all night drinking water and cramping’, which was due to the fact they had consumed too much salt water.

The couple had reportedly set up camp on North West Island on Saturday and went for a paddle board before they were taken away with the tide.

It’s understood no one had called the police to report their disappearance as the couple weren’t set to return from their trip until Tuesday. 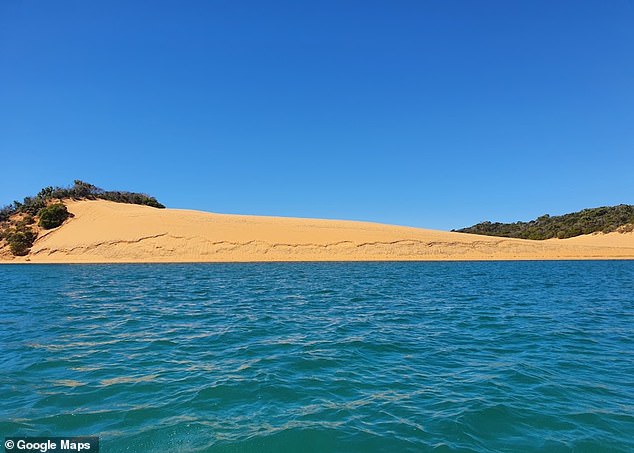 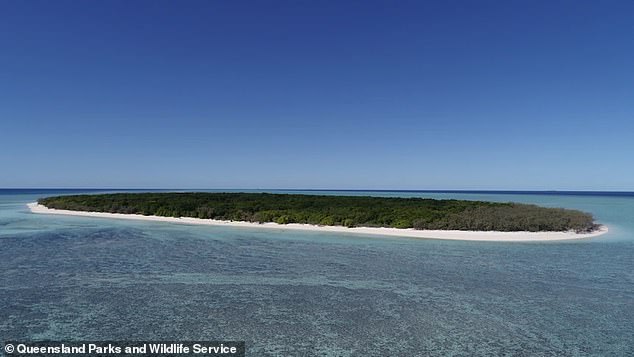 The young couple reportedly set up camp on North West Island (pictured) on Saturday. The went for a paddle board before drifting away with the tide

Mr Benussi said the pair were extremely lucky they didn’t end up in the open sea.

‘It was very fortunate they floated towards the coast, otherwise it’d be a completely different news story,’ he said.

‘We were the last in line, there were four boats in front of us. They would’ve end up at the back of the creek if we didn’t hear them.’

Mr Benussi waited until the morning to get the couple back to shore as there was heavy rain, strong winds and a low tide.

His boat arrived at the Keppel Bay Marina in Yeppoon at 11am on Tuesday.

The couple were taken by an ambulance to Capricorn Coast Hospital. They are in a stable condition.