Cristiano Ronaldo isn’t giving up on bringing the Champions League back to Turin, with his agent Jorge Mendes reportedly working on extending his Juventus deal.

The Portuguese superstar was furious as the Andrea Pirlo experiment fell flat, seeing Juve’s nine-year reign in Serie A abruptly ended as they crashed-out of the Champions League to Porto in the last-16.

Ronaldo starred at Euro 2020 this summer and still leads the Golden Boot race despite Portugal crashing-out at the last-16, showing there’s plenty of life in those 36-year-old legs.

Cristiano Ronaldo looks set for another two season at Juventus, looking to extend his deal 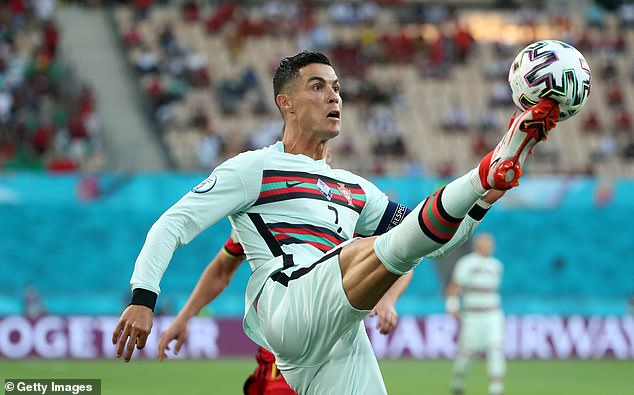 The forward icon shone at Euro 2020, but was linked with a move away from Italy this summer

The forward was linked with a move to Manchester United and PSG this summer, but he may now prefer another Ballon d’Or push in Italy under the returning Max Allegri.

Ronaldo’s deal is set to run out next summer but Portuguese super-agent Jorge Mendes, who represents CR7, is now asking Juventus for an extension, according to Gazzetta dello Sport.

The forward is aiming to bag another Ballon d’Or to equal his eternal rival Lionel Messi, who has the record of six gongs. 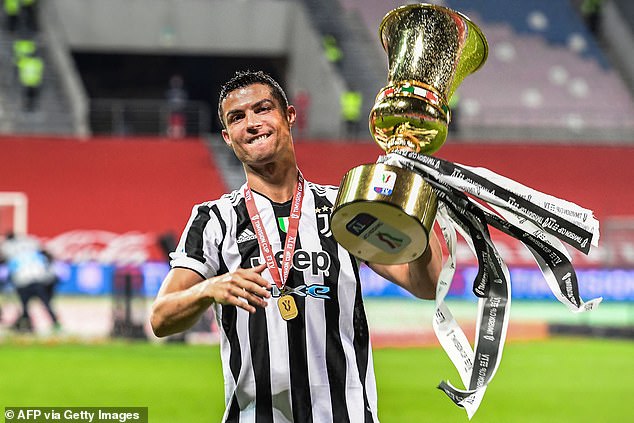 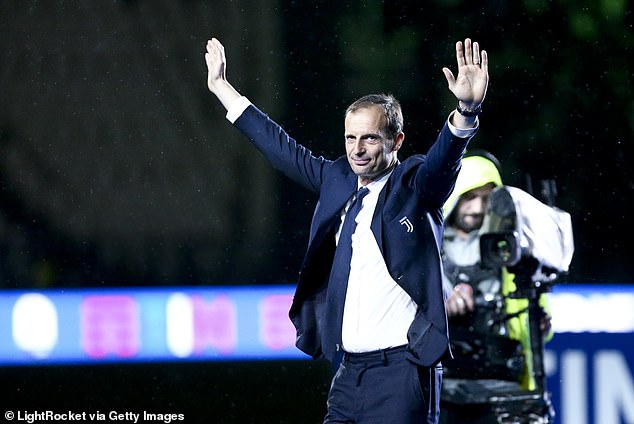 Ronaldo was linked with a move back home to Man United but after the Old Trafford club announced a deal for Jadon Sancho, a sensational reunion looks unlikely.

The winger shone for England on Saturday in their 4-0 victory over Ukraine, and insisted he’s full focused on the summer when asked about his move.