Red carpet events may be in the minority during the pandemic, but Crown Princess Victoria didn’t let that stop her donning full glamour to receive an award for her support of the LGBTQ community.

The mother-of-two was chosen by readers of QX magazine to be honoured at the publication’s annual ‘Gay Gala’.

Posting on Instagram, the Swedish royal, 43, shared a glamorous photo holding her award explaining that she’s ‘proud and happy’ to have been chosen by the readers of the popular LGBTQ magazine.

She received the honour as a result of the speech she gave at Stockholm Pride Event last year, urging people to speak up for those who don’t have a voice. 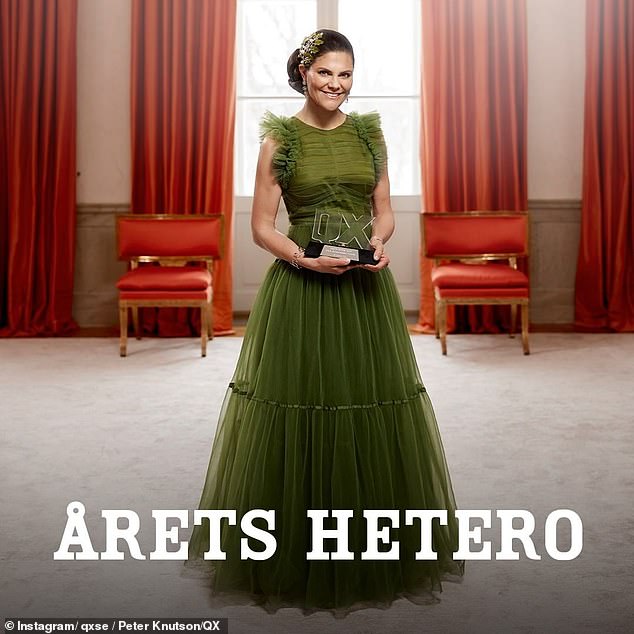 Crown Princess Victoria of Sweden, 43, (pictured) has received an award from the readers of QX magazine for her support of the LGBTQ community 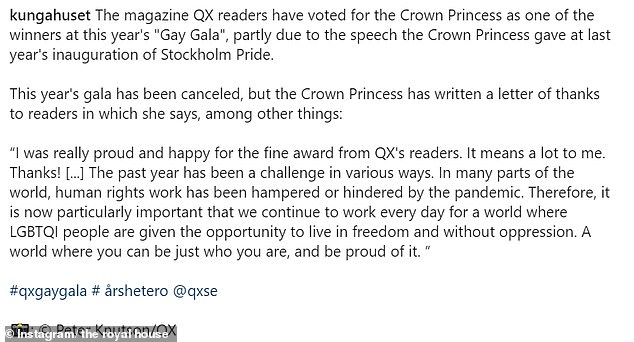 Swedish royal penned a letter to readers of the popular magazine, revealing that she’s ‘proud and happy’ to be awarded

Crown Princess Victoria posed in a tiered khaki dress with complimenting floral hair accessories for the beautiful photographs taken at her Haga Palace home to celebrate the win.

Beaming in two photos, she shared quotes from a letter to readers of the publication translated from Swedish, saying: ‘I was really proud and happy for the fine award from QX’s readers. It means a lot to me. Thanks!

‘The past year has been a challenge in various ways. In many parts of the world, human rights work has been hampered or hindered by the pandemic.

‘Therefore, it is now particularly important that we continue to work everyday for a world where LGBTQ people are given the opportunity to live in freedom and without oppression. A world where you can be just who you are, and be proud of it.’

The Swedish Royal urged those in attendance at Stockholm Pride last year to not only celebrate the work that has been done, but to also remember what else remains to be done.

‘This is a responsibility that we all share. You and I. We must not stay silent. We must speak up for those who do not dare to speak, those who are not allowed to, and those who cannot,’ She said, as reported by Royal Central. 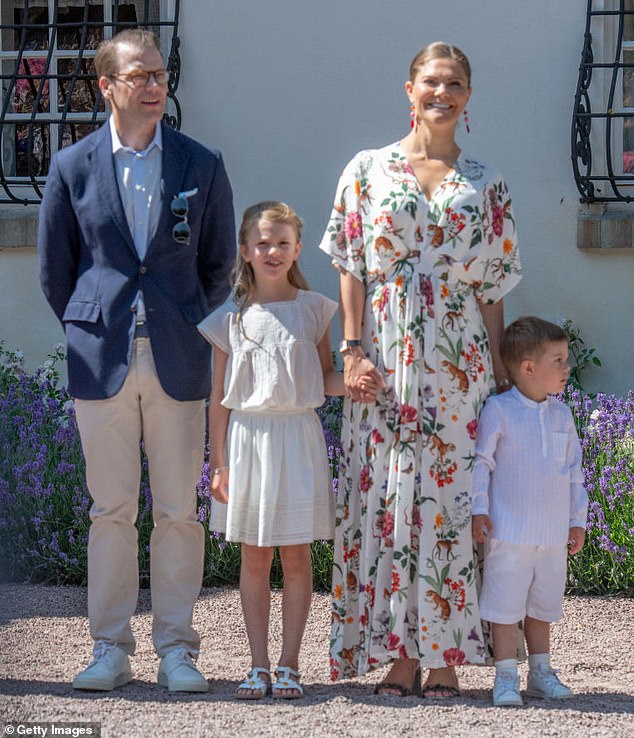 Crown Princess Victoria urged listeners at Stockholm Pride to remember the work that remains to be done. Pictured: Swedish Royal with her husband Prince Daniel and their children

Crown Princess Victoria who is next in line to the Swedish throne, married Prince Daniel in 2010 at Stockholm Cathedral.

The coupe are parents to Princess Estelle, eight, and Prince Oscar, four.

Many of the royal’s followers have taken to social media to congratulate Crown Princess Victoria on her award, while also gushing about her ‘beautiful’ appearance in QX magazine.

‘So beautiful and important,’ one person wrote.

Another said: ‘I’m proud of you being my crown princess! You are so heavenly good’

A third added: ‘Wow what a beautiful spring crown princess! And congratulations on the prize!’