By Kaya Terry For Mailonline

A rare two-headed tortoise was filmed slowly crawling across a table by scientists after it was discovered in south-western Turkey.

The unusual baby reptile was found by a tourist at the Pamukkale hot springs, a UNESCO World Heritage Site, who called conservationists to alert them about the creature, according to local media outlet, IHA.

The two-headed tortoise, which is thought to be just four-weeks-old, would not have survived in the wild, and was taken to the Pamukkale University Biology Department, where researchers are studying the creature.

The footage shows the two-headed tortoise working together and moving in a synchronized manner to move themselves steadily down the table, using their six legs.

A rare two-headed tortoise, which was found at the at the Pamukkale hot springs in south-western Turkey, was spotted by a tourist 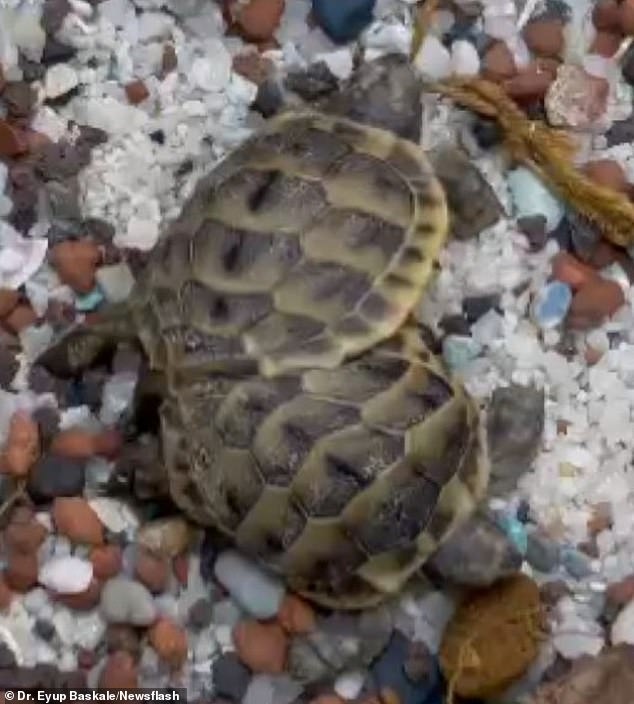 Footage shows the unusual animal slowly crawling on a table, as scientists film the animal in their laboratory 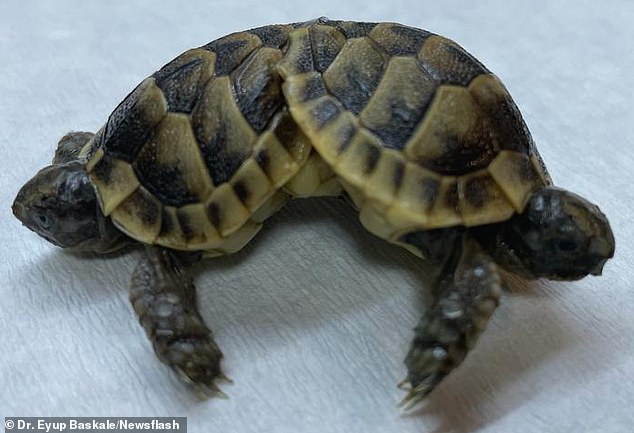 Dr Eyup Baskale, a faculty member at the Pamukkale University Biology Department, said that although the tortoise has two heads it shares a single digestive system with only one exit point.

Tortoises can live up to 150 years, but in the wild the survival chances of this reptile would have been very low, according to the scientists. 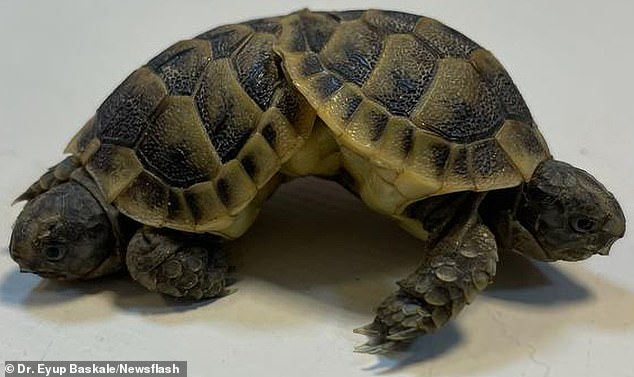 The researchers will now study the tortoises closely in a rare opportunity to examine a unique specimen.

Tortoises come in many different sizes, with the Galapagos giant tortoise reaching up to 1.2 metres (3.9 feet) in length while the Speckled cape tortoise is just a few inches long.

The researchers have not yet said what type of tortoise they believe this two-headed specimen may be.