‘No, I have been called worse than fat’: Dan Evans insists he is happy with his weight after Tim Henman suggested British No 1 ‘could miss a few meals’

More sensitive souls than Dan Evans may have taken umbrage at Tim Henman’s suggestion earlier this month that, for all his improvements of the past year, he needs to cut down on his calorie intake.

Asked if he was offended at the suggestion by his recent captain at the ATP Cup that he should eat a few less meals the British No 1 responded cheerfully enough.

‘No, I have been called worse than fat,’ said the 29 year-old Midlander.

‘Listen obviously I can’t help how I look. Geez, I think I am in good shape and it is just aesthetically, I guess that is how I am. I don’t have a six-pack, I know that.’

What is indisputable is that Evans has been winning enough matches that he finds himself seeded at a Grand Slam for the first time at the Australian Open, where on Monday he will face American MacKenzie McDonald.

It was another kind of McDonald’s that Henman was referring to amid, it should be said, plenty of compliments about the way that the country’s leading man has turned his career around.

‘It’s difficult to be a rake like him, not a muscle on him,’ said Evans of Henman. ‘I think personally I’m in decent shape. Tim finds it pretty hard to give a compliment, I tell you that.

‘I knew this was coming. I actually thanked Tim to say at least I had a heads up what was coming.’ 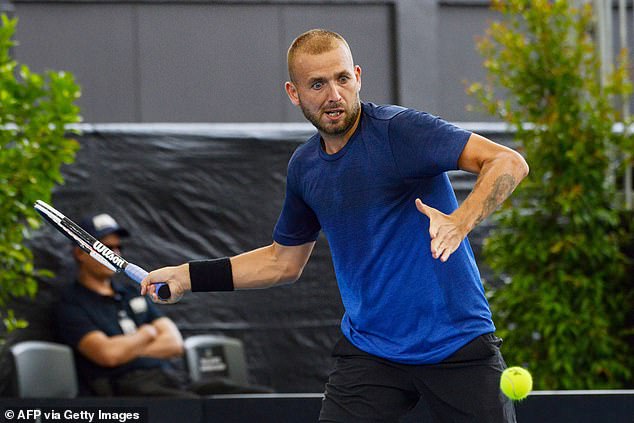 His GB team-mates appear to have found it highly amusing: ‘It was always going in the group chat. It basically topped the week off that I ended up getting abused in the end.

‘It is all good fun right.’

Evans has become far more professional than earlier in his career, and has reaped the rewards with a career high ranking of 33. This included going vegan after the US Open, something he sustained until shortly before Christmas.

‘I tried it for a little while. I just found it a bit difficult in the end. It was good. I tried it for a bit – it was interesting. Then I got my skin folds done in pre-season and I wasn’t what I was when I was eating meat. So I just decided to go back and try it. I’m not saying I won’t go the other way again.

‘I have never had any complaints from the people I work with that I eat badly. I don’t mind a fizzy drink – that is probably not ideal. And I don’t mind alcohol from time to time. But that isn’t the reason these comments have come about. He obviously thinks I could lose a few kilos and that is up to him.’ 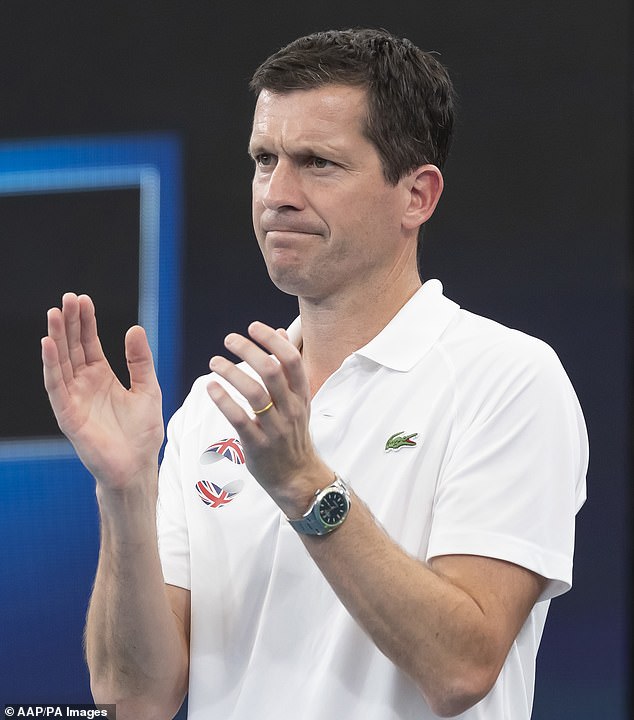 Evans’s ideal weight is 76-78kg and he is within that range now. Despite the distraction of having to answer questions on the topic he still clearly enjoyed working with Henman, and benefited from the expertise of someone whose one-time game style was not dissimilar.

‘Everything he did in the two weeks for me was great. He really implemented my game on to the court. No doubt without him and Hilts (coach Mark Hilton) really pushing me, I might not have got through those matches I won.

‘That sets me up good for the rest of the year. It’s also good that he (Henman) is back in tennis. He obviously did nothing in tennis for a long time. Hopefully there could be a few more guys he could help out, if that’s what he wanted to do, but there’s obviously other things that interest him. So we were the lucky ones for that week.’ 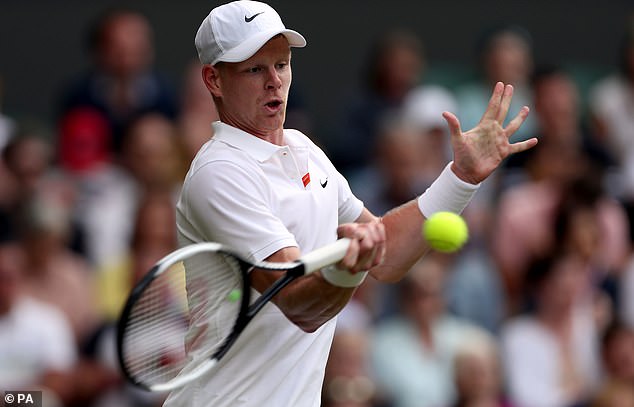 Another British man who will be playing on the opening day having had some new coaching influence is Kyle Edmund.

The British No 3 pronounced himself happy with new coach, Argentinian Franco Davin, and spent his December training block in Miami practising largely with South American players.

Edmund, who made the semi-finals two years ago, faces No 24 seed Dusan Lajovic, and will be hoping that his 3-0 record against the Serbian stands him in good stead.

Harriet Dart discovered on Friday that her reward for qualifying at the Australian Open was a first round against Japan’s world No 80 Misaki Doi, a somewhat easier task than she faced last year when she was drawn against Maria Sharapova.

Dart’s progress means that there will be seven GB singles players in action over the first two days; herself, Jo Konta, Heather Watson, Katie Boulter, Evans, Edmund and Cam Norrie.