A Danish newspaper refused to apologise to China today over a satirical cartoon it ran about the deadly coronavirus that has killed more than 130 people worldwide.

The cartoon, published in Jyllands-Posten on Monday, depicted a Chinese flag with the yellow stars normally found in the upper left corner exchanged for drawings of the new coronavirus.

China’s embassy in Denmark called the cartoon ‘an insult to China’ that ‘hurts the feelings of the Chinese people’.

So far dozens have been killed and thousands more have been infected with the new virus that originated in an animal market in Wuhan.

It demanded the paper and cartoonist Niels Bo Bojesen ‘reproach themselves for their mistake and publicly apologise to the Chinese people’. 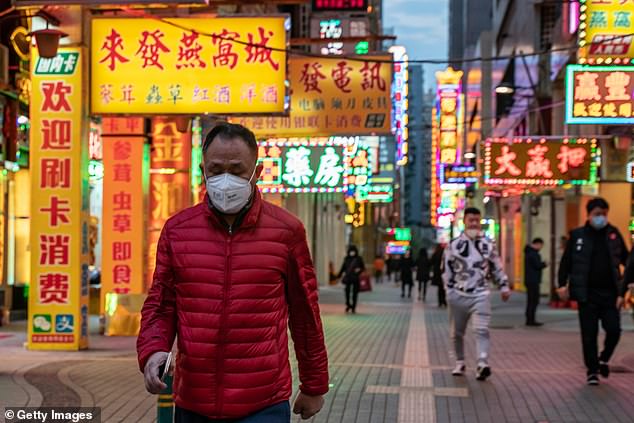 Residents wearing face masks walk on the street in Macau, China, today as the number of cases of a deadly new coronavirus rose to over 4000 in mainland China

After breaking out in the city of Wuhan, the official number of confirmed cases of the new virus reached more than 4,000 in China as of Tuesday, with over 130 deaths.

Some 50 infections have also been confirmed elsewhere in Asia, Europe and North America.

But today Jyllands-Posten’s chief editor Jacob Nybroe said they would not ‘dream of’ poking fun at the situation in China but also refused to apologise.

Nybroe said: ‘We cannot apologise for something we don’t think is wrong. We have no intention of being demeaning or to mock, nor do we think that the drawing does.

‘As far as I can see, this here is about different forms of cultural understanding.’

Several Danish politicians backed the paper, with Prime Minister Mette Frederiksen quoted by the Politiken newspaper as saying ‘we have freedom of expression in Denmark. Also to draw’. 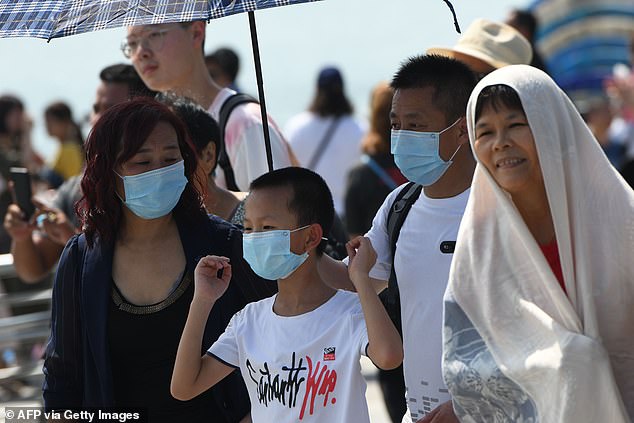 Jylland-Posten is no stranger to controversy. In 2005, it published several cartoons depicting the Prophet Mohammed, which later contributed to violent protests in some Muslim countries.

The row came as President Xi Jinping said China is battling a ‘demon’ virus and vowed to defeat the infection that has so far spread to some 15 countries.

Global fears over the virus grew today as Japan and Germany reported the first confirmed cases of human-to-human transmission outside of China.

Since the outbreak started, the number of cases has soared – doubling to more than 4,500 in the past 24 hours, then hitting nearly 6,000 by Wednesday.

Countries are also concerned about the fate of thousands of foreigners stuck in Wuhan, a city of 11 million that has been sealed off by Chinese authorities in a bid to contain the disease.

In Washington, US health authorities said a vaccine was in the works as Australian scientists announced a breakthrough.