Danny Murphy backs radical idea that teams must sacrifice a player every time their manager is sent off, saying it would ‘nip dissent in the bud’, after Liverpool boss Jurgen Klopp was given marching orders for yelling at officials

Danny Murphy believes a rule that saw a player sent off every time a manager was dismissed would ‘nip dissent in the bud’ immediately.

It follows Jurgen Klopp’s red card for yelling at an assistant referee during Liverpool’s 1-0 win over Manchester City in the Premier League on Sunday.

The Liverpool manager has been charged by the Football Association under a breach of rule E3, which covers ‘comments which are improper, which bring the game into disrepute, which are threatening, abusive, indecent or insulting.’ 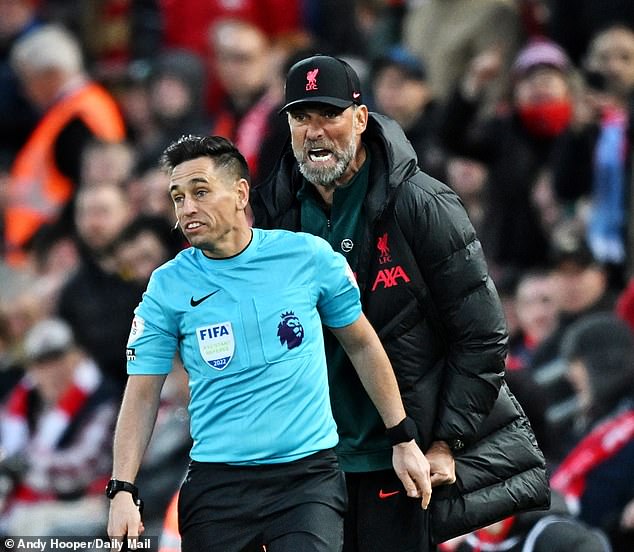 👏 “Some ideas are preposterous but that one really isn’t.”

🔥 “If you brought that in, managers’ behaviour will change more dramatically than anything ever seen!”

Danny Murphy says a rule where if a manager gets a red card their team loses a player too would be great! 🟥 pic.twitter.com/i64JnOmjVQ

Klopp has until Friday to respond to the charge but could face a touchline ban.

During a talkSPORT debate on more immediate punishments for misbehaving managers, it was suggested each time a manager sees red, a player should be sacrificed as well.

And former Liverpool midfielder Murphy agreed the suggestion wasn’t a bad one.

He said: ‘Some of these ideas are preposterous at times but this one really isn’t because it impacts the game there and then, it punishes the behaviour and it would nip it in the bud.

‘They couldn’t do it with the captain as someone suggested because they would just give someone less important the armband. 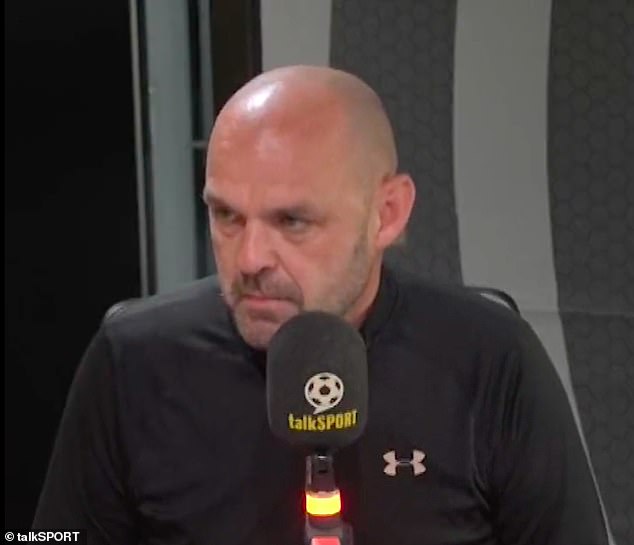 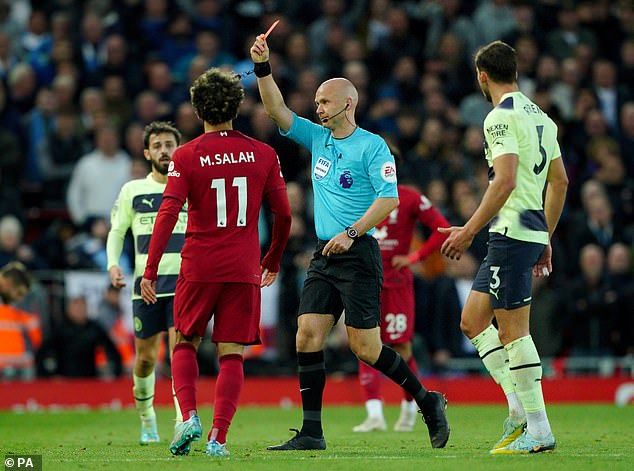 ‘I think if you brought that rule in overnight, managers’ behaviour would change more dramatically than anything else you’ve seen in football.’

Fans on social media, however, were divided over whether it was a good suggestion or not.

One wrote: ‘Not a bad idea, it punishes the team at the time rather than fine or suspension.’

Another tweeted: ‘I do think it’s right to think of some way to actually punish the side. Let’s face it, a manager being ‘sent off’ for a portion of then match has little to no effect.

‘Just seems too complicated to try and enforce some sort of punishment for the team itself.’ 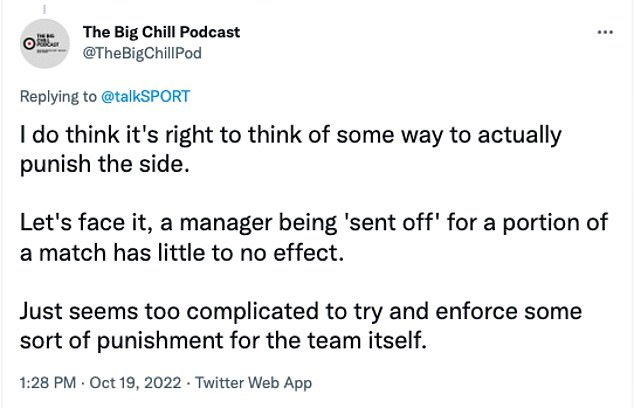 Other went further, saying: ‘Manager gets sent off, the other team should get a penalty.’

But other hated the idea, with one writing: ‘Terrible idea. Losing player in any circumstances ruins the spectacle and that’s what football is all about.’

Another tweeter added: ‘Whilst a good idea. This would take away one of the more exciting off-field parts of the game. Let’s not remove all the drama now.’

Klopp will be in the Liverpool dug-out when they host West Ham in the Premier League on Wednesday night.