David De Gea has to be doing better. It’s not like Bernardo Silva smashed his shot in at the near-post for the opening goal on Wednesday night. The Manchester United goalkeeper should have done far more to stop Leroy Sane from scoring, too.

De Gea’s looked off the boil this season. After four successive inclusions in the PFA Team of the Year, he is not in the latest edition for 2018-19, and for good reason.

De Gea has made a lot of high-profile errors this season, including the one against Lionel Messi in the Champions League earlier this month.

Ultimately, on Wednesday night, United lost with De Gea at fault for both goals, allowing City to assert the dominance which they have become so used to enjoying in the Premier League this season.

There has been a lot of speculation about the Spanish goalkeeper’s contract situation at Old Trafford.

Are players really taking their eyes off the ball because of such issues? He’s already on £200,000 a week.

If De Gea wants to be paid like a top player, it would help if he started playing like one again. 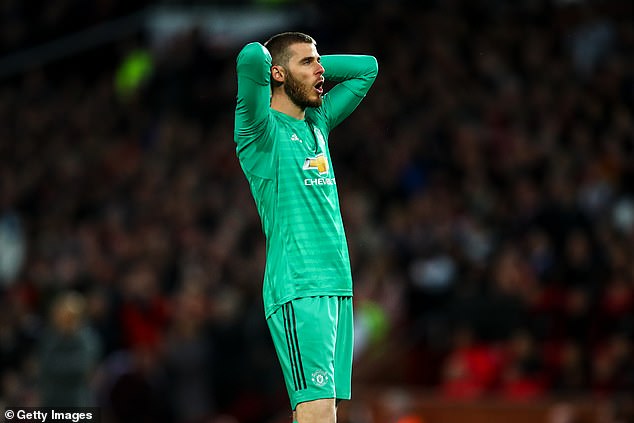 Ederson, the Manchester City keeper, meanwhile, is in the PFA Team of the Year for this season, and he showed why at Old Trafford. Remember when City struggled with Claudio Bravo as their goalkeeper? They have no such issues any more. Ederson is ridiculously good.

The question we were asking ahead of this vital clash in the gripping title race was could Ole Gunnar Solskjaer get a reaction out of his United players after their embarrassing 4-0 capitulation at Everton?

The answer was evident from the opening exchanges — yes he could.

We shouldn’t give United too much credit for that, of course. That’s what these players are paid to do! After what happened at Goodison Park, reacting was the least they could do. 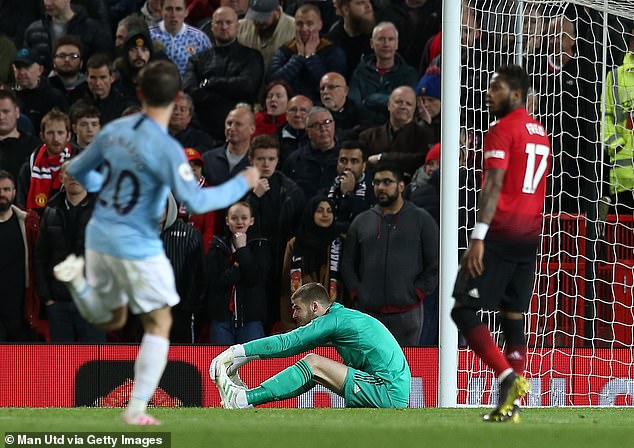 But the last time City were not leading in a Premier League match by the 15th minute was back on March 9.

Fulham, Cardiff, Crystal Palace and Tottenham have all conceded early goals against Pep Guardiola’s side since then.

Manchester United brought an end to City’s run. How? By taking the game to the visitors instead.

United were very competitive in the first half. The home side were the ones asking all the questions. Fred, in particular, was showing plenty of energy in midfield. 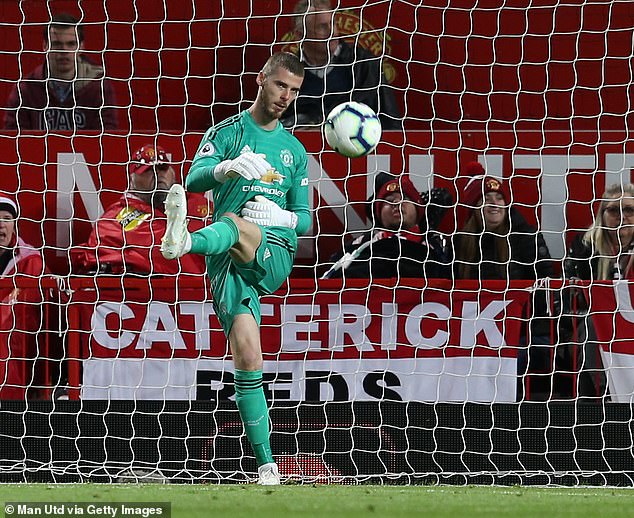 You have to give Solskjaer credit for his team selection. He made five changes and clearly went for players he trusted would put in a shift for him.

The longer the first half went on at Old Trafford, however, we started to see City get more of a foothold in the game.

That was always a danger, and Raheem Sterling will think he should have scored from that chance he had before the break.

City are used to flying out of the traps but they had to grow into this game. Once they did, they made their chances count in the second half.

De Gea will have to accept the criticism of his performance and his loss of form this season. After all the work rate of United’s outfield players, who put in a shift for Solskjaer, they will have been frustrated to end the night at Old Trafford with little to show for their efforts.