Debenhams to close 22 shops around UK putting 1,200 jobs at risk

Debenhams has announced it will close 22 of its stores around the UK, putting 1,200 jobs at risk, in another blow to the struggling British High Street.

The ailing retail chain, which has 166 stores and employs 25,000 people, has been in trouble for months, with debts of £640million.

It has issued three profit warnings over the last year and went into administration last month.

The retailer has previously said it plans to close up to 50 stores, but today revealed the first 22 branches on the hit list – with more expected to come.

Debenhams has announced it will close 22 of its stores around the UK, putting 1,200 jobs at risk. Today is the first time the ailing High Street chain has announced which branches are shutting (labelled) 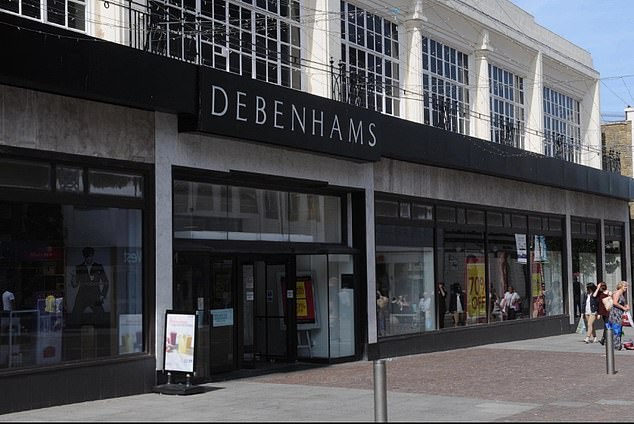 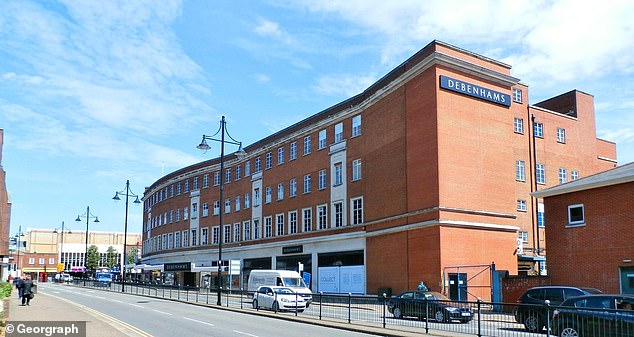 Another of the stores earmarked for closure is this one in Staines, Surrey 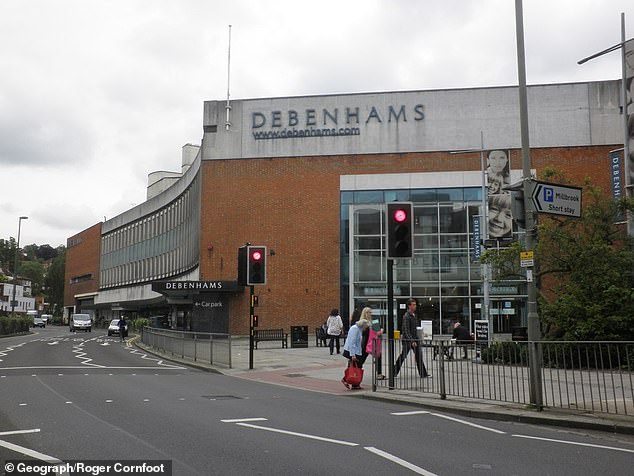 Debenhams has previously said it will close 50 stores, but have only named 22 today. The list also includes the Guildford branch in Surrey 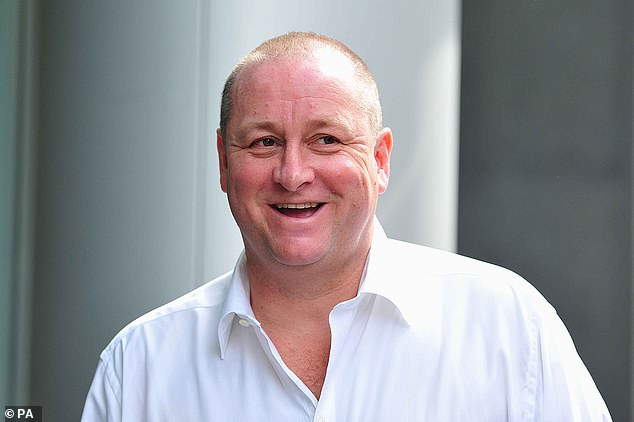 Is YOUR local Debenhams closing?

The Debenhams stores due to close are:

The business was taken over by lenders earlier this month in a process designed to keep shops open at the expense of shareholders.

They rejected a £200million bid from Sports Direct tycoon Mike Ashley, which he branded a ‘national disgrace’.

Gary Carter, GMB national officer, said: ‘Although many will not be surprised by the closure announcements, this is devastating news for Debenhams employees who have battled hard to keep the company afloat.

‘They will join the tens of thousands of retail workers made redundant in recent months.

He added: ‘It’s about time this Government stopped bickering over Brexit and did something to stem retail job losses and reinvigorate Britain’s high streets.’

The group has announced a Company Voluntary Arrangement (CVA), which will see the affected shops continue trading until early 2020.

Further closures could still be announced following discussions with landlords. Meanwhile rent reductions will be sought on many of the remaining branches. 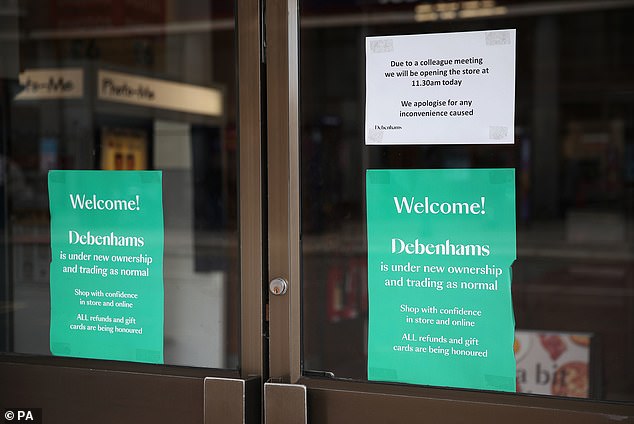 A sign was put on the door of Debenhams’s branch in Southsea, Hampshire to tell customers it would be opening late due to a ‘colleague meeting’. Today’s announcement means the store will close and all employees risk losing their jobs 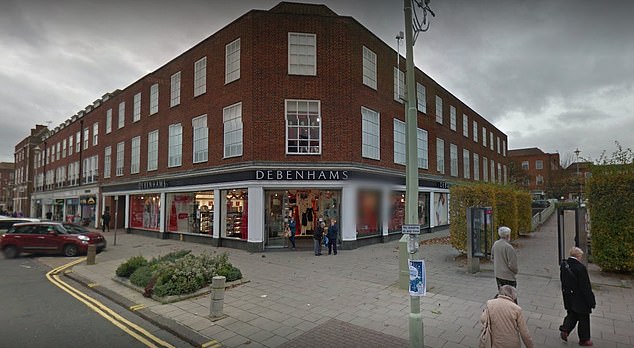 Retail bosses say the closure of 22 stores will begin in 2020. Welwyn Garden City is another set to shut

What do Debenhams store closures mean for YOUR gift vouchers?

Debenhams is still trading, which means that online and in-store gift vouchers are still valid.

But consumer experts are warning people to spend them sooner rather than later, as they may become invalid once closures begin.

Experts warn people planning to make purchases of more than £100 at Debenhams to pay on a credit card so they are protected if the firm is unable to honour orders later on.

This gives shoppers the protection of Section 75 of the Consumer Rights Act.

Section 75 gives the consumer a right to claim against the lender in circumstances such as misrepresentation or a breach of contract by the supplier.

‘Debenhams has a clear strategy and a bright future, but in order for the business to prosper, we need to restructure the group’s store portfolio and its balance sheet, which are not appropriate for today’s much-changed retail environment.

‘Our priority is to save as many stores and as many jobs as we can, while making the business fit for the future.’

Jim Tucker, a senior restructuring partner at KPMG, said: ‘Today’s announcement marks the next phase of Debenhams’ financial and operational restructuring strategy, following the comprehensive funding package announced at the end of March.

‘If approved, and with the support of lenders and landlords, the CVAs will allow the business the flexibility to implement its turnaround strategy with a store estate that reflects the current UK retail environment.’

Debenhams also released a financial update for the 26 weeks to March 2, showing that sales at its UK stores declined by 7.4 per cent during the period due to weaker footfall. 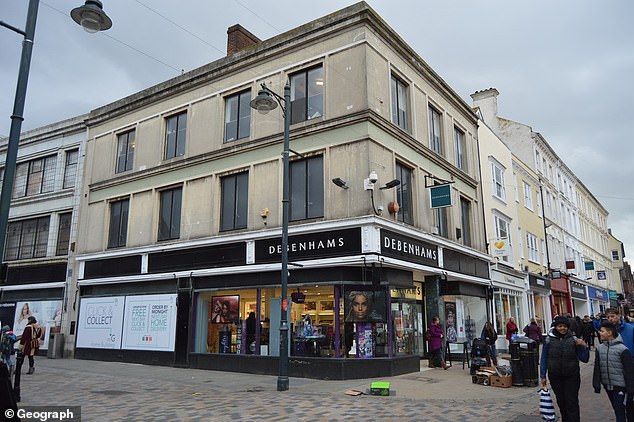 Bloodbath on the High Street: How shops in the UK went from bustling to bust

Crisis hit brands such as House of Fraser and Marks & Spencer fought to keep stores open while other retailers such as New Look pushed for a solution to stop store closures and job losses.