Disabled 28-stone man, 48, claims he’s ‘a prisoner in his own home’ after his landlord refused to widen his back door so he could get into the garden

A disabled man says his house is a death trap because his housing association won’t make the back door wide enough for him to get out.

Darren Burns, who weighs 28 stone and uses a wheelchair, fears he wouldn’t be able to get out of his home in Cleethorpes, Lincolnshire in the case of a fire.

Lincolnshire Housing Partnership, which owns the property, has widened the front and interior doors to help make the bungalow more accessible.

But Mr Burns is concerned that the back door is not wide enough for him to get out of, meaning if a fire prevented him from getting to the front door he would be trapped. It also means he cannot use his back garden.

Darren Burns is angry that his housing association have not made his back door wide enough for him to get out. He says the bungalow is a fire hazard 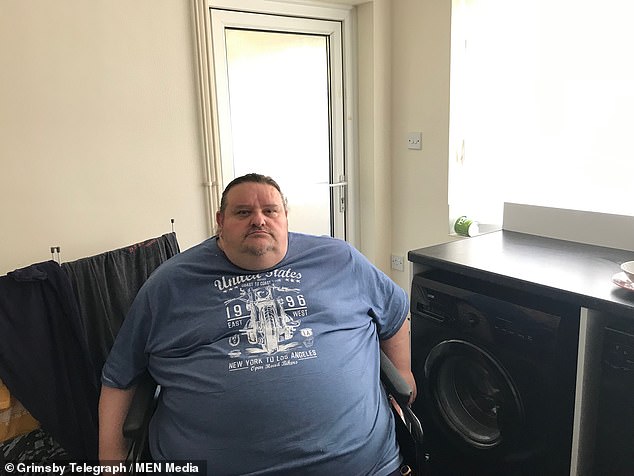 The 48-year-old has suffered from arthritis since the age of 13 and has a hip problem that reduces his mobility.

He says he has put on extra weight after he was involved in a car crash two years ago that left him needing the use of a wheelchair.

He said of his house: ‘The authority says they’re only responsible to provide one exit. However, some people get two. It’s like a lottery.

‘If there’s a fire at the front of the house and that is blocked, the fire service said they’d have difficulty getting me out because I’m a big guy.

‘All I wanted was to get settled and sorted out. They made the house 90 per cent perfect but what they didn’t do was a door entry system.

‘I don’t want everyone having keys and having a key box frightens the life out of me because they’re not impenetrable. I have anxiety so I would never sleep again.’ 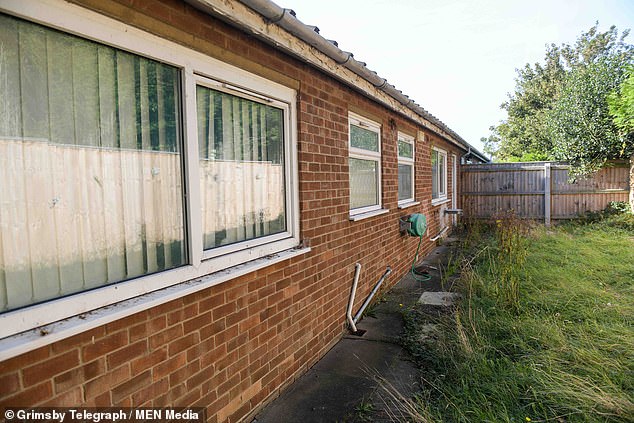 He moved into the property last year, since when the landlord has made a number of changes

Mr Burns says he is trying to lose weight and is taking medication to treat his diabetes.

He added: ‘Anywhere I’ve ever lived I’ve been able to get out into the yard and when you’re not very able it’s nice to get outside. I could even put a coat on in winter and go outside and sit with a cup of coffee while watching the birds if I wanted to.

‘I’ve been denied that privilege, if you want to call it that, for the last two years.

‘As a disabled person I’ve lived for two years with this level of distress in this property and I wouldn’t have taken it had I known that this was the case.’

He feels he is being ‘fat shamed’ and discriminated against by the housing association.

He added: ‘You can’t click your fingers and say ‘I’m thin’ because it takes a lot of time to get overweight so you’re not going to get thin overnight.

‘With depression it’s a very circular issue. A lot of people run to the drug dealer for their fix but I roll on to the refrigerator. I’m trying to do something about that.’ 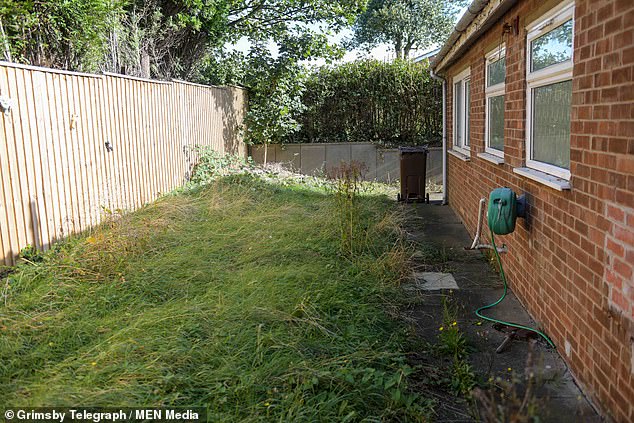 He says that, as well as being a fire hazard, the doorway means he cannot enjoy his garden

The landlord, LHP, insists it ‘has worked extensively to meet his needs’ with ‘kitchen and bathroom adaptation, the creation of a wet room and the widening of the front door and internal doors’.

A spokesman said: ‘LHP decided to launch its own formal independent investigation to ensure that its course of action and action of staff were satisfactory, and this was carried out by a highly experienced independent assessor.

A further independent fire safety assessment has also been carried out to address the customer’s concerns regarding fire safety; in particular the rear access and again no further adaptions were identified as necessary.