A disabled woman who was found murdered in her bungalow died of a head injury and was last seen by her carer three days before Christmas, police have revealed.

Julie Fox, 51, was found dead at home by police and paramedics in Carnforth Drive, Worcester at around 6.50pm on December 27.

A neighbour called them to the house after smelling gas, but when they arrived they found no signs of forced entry. Ms Fox was however known to leave the door unlocked.

Post-mortem results have now shown she died of a head injury, but police are appealing to find out more information.

Her neighbours said she lived alone, was disabled and used a mobility scooter.

Julie Fox, 51, was found murdered at her bungalow in Carnforth Drive (pictured), Worcester on Wednesday 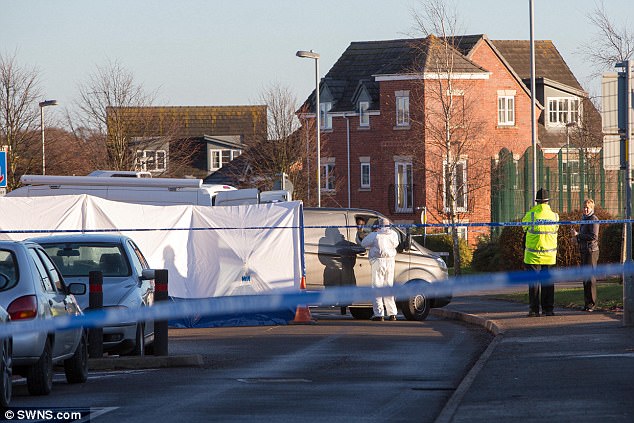 Emergency services were scrambled to her house after a neighbour smelled gas. Officers arrived to find she had been murdered

West Mercia Police’s Detective Superintendent Adrian McGee said: ‘We are conducting an investigation to establish how Julie died; we are treating it as murder.

‘We are trying to build up a more detailed picture of Julie. We know she was a solitary person however she was well known in Worcester.

‘She had restricted mobility and would regularly travel around the town in her electric mobility scooter, often with her little dog in the basket on the front.

‘She used to go into coffee shops in the town and would often visit the Crowngate Shopping Centre.

‘When not in Worcester town centre she would go shopping in supermarkets close to her home.

‘If you knew Julie or saw her in the last couple of weeks then we would like to speak to you.

‘Any information will help us to get a better picture of her and help to establish how she died.’ 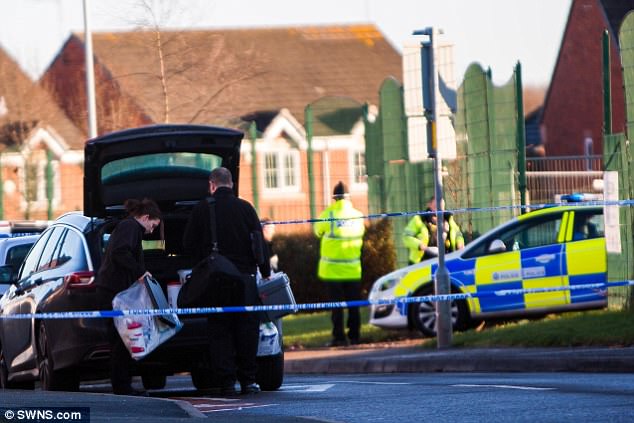 A murder probe has been launched and no arrests have yet been made. Officers are pictured outside her home in Worcester on Wednesday

Julie was last seen by her carer between 6pm and 7pm on December 22.

DS McGee added: ‘At some point between this time on Friday 22 December and when she was discovered on the evening of Wednesday 27 December, Julie suffered a fatal head injury and died.

‘I’m appealing to people in the local area to think back over the last few days.

‘Did you see anyone acting suspiciously in the area? Did you hear anything out of the ordinary?

‘Did you see anyone going into or coming out of Julie’s bungalow?

‘Maybe you were visiting family in the area over Christmas and saw something that didn’t look right. If so, we’re extremely keen to speak to you.’

DS McGee confirmed that the gas rings in the bungalow were on when Julie’s body was discovered.

He added: ‘The smell of gas is what originally alerted a neighbour to the situation.

‘There were no signs of a break-in at the bungalow but we do know that on occasions Julie would leave her front door unlocked. 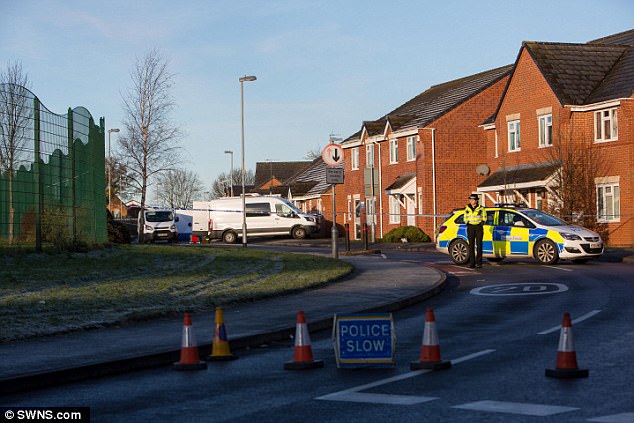 ‘We understand how concerning this incident is for the local community and I would like to reassure people that there will be increased patrols in the area while this investigation continues.

‘If you have any concerns please don’t hesitate to speak to one of these officers.’

Speaking yesterday West Mercia’s Chief Superintendent Mark Travis said: ‘We are working to establish the circumstances of this death, which is currently being investigated as a murder.

‘Police remain at the scene and there will be increased patrols in the area whilst investigations continue.

‘We are appealing to anyone in the community who may have witnessed any suspicious activity in the area between 22 December and 27 December to please come forward or speak with a local officer.

‘Anyone with any information, no matter how insignificant it may seem, may help with the investigation.

‘Our thoughts are with the woman’s family and friends and those members of the local community, at this difficult time.’

A cordon was in place at the property on Wednesday, with the road partially closed. 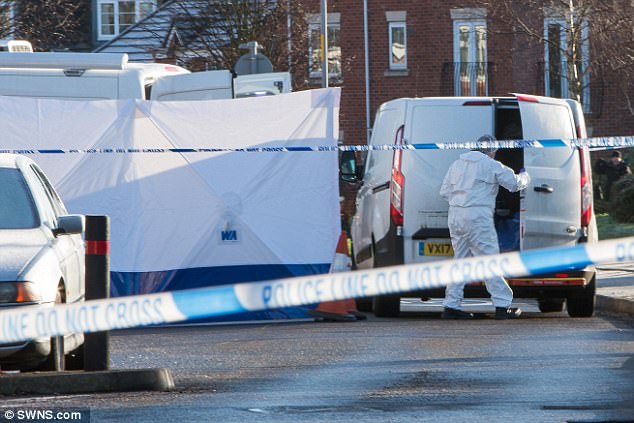 One local resident, who wished to remain anonymous, said: ‘Her name was Julie. I didn’t know her too well, but if she walked down the street then I would recognise her.

‘As far as I know she was disabled, I think she would often use a mobility scooter. I saw her from time to time sat on it.

‘I don’t know of anyone else living there…I’ve never seen anyone else coming out of that house before.’

Another resident described Ms Fox as a ‘lovely woman.’

She said: ‘It’s incredibly shocking, especially as I knew her a bit. I’d see her every now and then walking her dog and make small talk with her…mostly about the weather and little things.

‘She was quite severely disabled, she’d often be in her electric wheelchair and needed to use that to get onto the bus.

‘I never saw anyone else come out of that house, and whenever I saw her she was by herself. She was a lovely lady, very friendly and easy to chat to.’

Another mother-of-one added: ‘I’ve heard it might have been a break-in gone wrong but you just don’t know.

‘I don’t think she had any enemies, who on earth would target a disabled woman anyway. Its absolutely tragic.’ 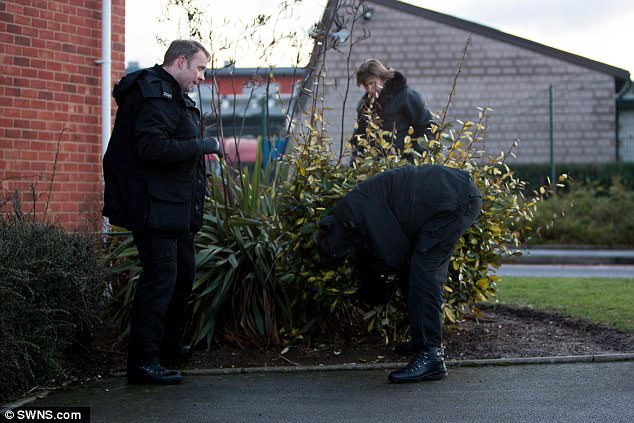 A 42-year-old woman, who has lived on the street for seven years, added: ‘It’s all a bit unexplained, nobody knows what is going on.

‘There have been police here all day, and people were going door-to-door this morning asking us about it.

‘They asked us whether we’d heard anything suspicious from Christmas Eve, so they are being very thorough.

‘The woman is called Julie, I’d see her walking up and down the street sometimes. She tended to be out by herself. I heard that she was disabled.’

One neighbour, who has lived on the street for 15 years, said: ‘Julie moved here 14 years ago, shortly after the homes had been built.

‘She always used that electric wheelchair, she was disabled.

‘The only person who would ever come to see her was her mother.’

Anyone with information is asked to call West Mercia Police on 101 quoting incident number 597s of 27 December 2017 or Crimestoppers anonymously on 0800 555111.