Disney will pull movies from Netflix and offer a streaming service

Disney said today it has created a new unit for its streaming video and international businesses as the company retools its traditional media operation for a world rapidly embracing online video.

Kevin Mayer, the company’s chief strategy officer, was named chairman of the new division, which will oversee the upcoming ESPN+ digital offering and the launch of a family-oriented streaming service in late 2019, Disney said.

The new Disney streaming service will put the firm in direct competition with Hulu, Netflix, Amazon and others.

Disney is to pull its movies from Netflix and start its own streaming service in 2019, it has been revealed (file photo)

The move, effective immediately, comes as Disney is in the process of purchasing film, TV and international businesses from Twenty-First Century Fox.

Regulators are reviewing the deal, which has been complicated by Comcast’s offer for one of the assets, Britain’s Sky Plc.

Disney also combined its theme parks business with the consumer products unit that licenses characters for toys, apparel and other merchandise.

Bob Chapek, who heads the parks division, will lead the combined unit.

Disney’s largest TV network, ESPN, has been losing subscribers as customers drop pay television subscriptions in favor of streaming services such as Netflix.

HOW WILL DISNEY’S STREAMING SERVICE WORK?

To power its new streaming service, Disney said it would pay $1.58 billion to buy an additional 42 percent stake in video-streaming firm BAMTech.

The plan is for Disney and ESPN streaming services to be available for purchase directly from Disney and ESPN, in app stores and from authorized pay-TV partners. 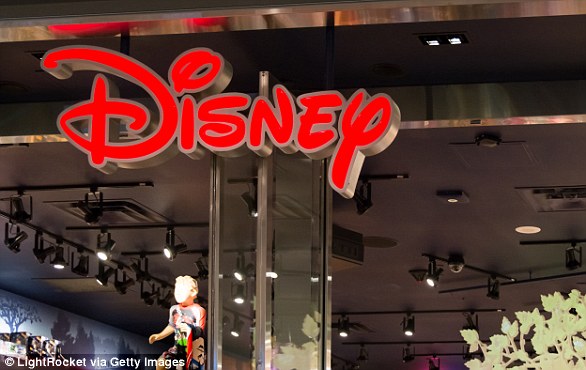 When the service was reported to be in the making last year, CEO Bob Iger told CNBC’s Julia Boorstin: ‘This represents a big strategic shift for the company.

‘We felt that having control of a platform we’ve been very impressed with after buying 33 percent of it a year ago would give us control of our destiny.’

When the news broke, Netflix downplayed the effect of Disney’s announcement, and said it would continue to do business with Disney globally, including its relationship with Disney’s Marvel TV.

The company is responding with its own digital push. It is pulling its first-run movies from Netflix in 2019 to offer them on the Disney-branded service.

If the Fox deal wins approval, Disney also will expand its programming portfolio and international reach, plus own a majority stake in the Hulu streaming service.

Disney expects to switch its financial reporting to reflect the new structure by the beginning of fiscal 2019, the company said.

Shares of Disney rose half a percent to $104.33 in afternoon trading on the New York Stock Exchange.