A dog has given her owner a very rude shock after refusing to put down an abandoned sex toy she found while on their morning walk.

Huni suddenly disappeared into some nearby trees – only to reappear moments later with her ‘new toy’.

Hunni gave her owner Lissa Cross, 48, a shock when she discovered a sex toy among some trees 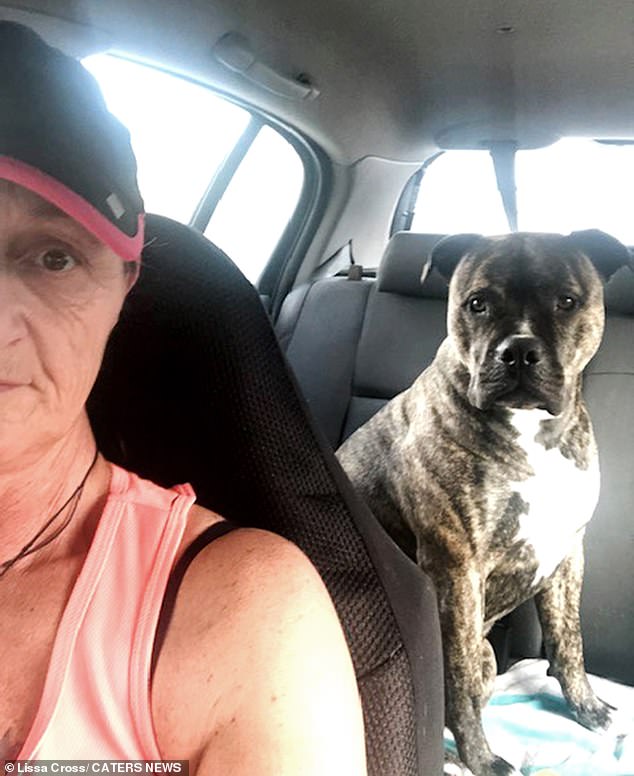 After nearly an hour of trying to get the pooch to put down her new rubber toy, Lissa (pictured) said Huni finally relented

The mother-of-two, 48, said she burst into laughter upon seeing her pet with the abandoned sex toy in her mouth and added she had a difficult time getting Huni to let it go.

After nearly an hour of trying to get the pooch to put down her new rubber toy, Lissa said Huni finally relented – but made sure to bury it in a safe place ‘for next time’.

Calf rearer Lissa said: ‘I was at the river with her on our usual morning walk, when suddenly she ran into some nearby trees.

‘After a bit of noise she emerged looking pretty happy with herself and this new weapon hanging from her mouth. 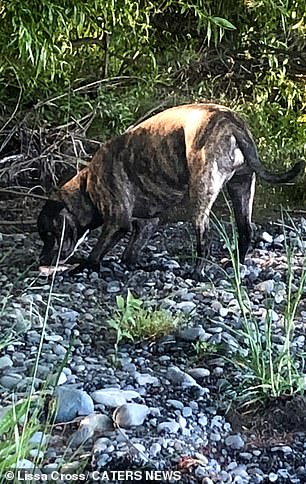 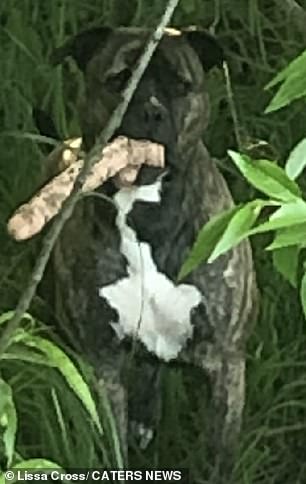 ‘I couldn’t believe what I was seeing. I tried to get her to drop it but she just wouldn’t let it go.

‘When we got back to the car, she tried to jump into the seat with the toy in her mouth.

‘She has always loved rubber dog toys, so she really did not want to let go of it.

‘But when she finally realised she wouldn’t be allowed, she went and buried the thing.

‘I have no idea where it came from or why it was there. But it certainly made me laugh until I cried, it was hilarious.’

She said: ‘I had to share it, and I’m glad it could make people smile. It certainly wasn’t our average morning walk.

‘Huni is such a playful, caring dog with lots of character, and she is very loyal and protective.’