The firestorm triggered after Dominic Perrottet admitted he wore a Nazi uniform for his 21st birthday is far from over with a senior government minister revealing the disturbing admission from the NSW premier is only the tip of the iceberg.

The premier’s admission of what happened at his 2003 birthday has been the biggest story in politics since he revealed it at a press conference on Thursday.

It came after Transport Minister David Elliott phoned Mr Perrottet on Tuesday to warn him that members of the Liberal party, but not Mr Elliott, were discussing using the 21st birthday outfit against him.

But the premier’s admission may not be the last of it with a sitting NSW minister, who wished to remain anonymous, telling 7News that the religious right faction of the Liberal party would continue to hound the premier between now and the March 25 election.

Staying anonymous has been a mark of this extraordinary story, with no one beyond Mr Perrottet’s family publicly admitting they were at the party at his parent’s home in Sydney’s northwest – despite there being up to 100 guests there.

So far no picture of the future premier wearing a Nazi outfit has turned up.

Further reports have suggested another partygoer was also dressed in a Nazi uniform while a third, named as a sitting NSW MP, was dressed up as Osama bin Laden.

Mr Perrottet’s 21st was less than two years after the September 11, 2001 terror attacks against the US – all of which were orchestrated by bin Laden.

While being careful not to criticise the premier, NSW Labor leader Chris Minns said some Liberal MPs have been ‘hell bent on destroying each other’s political careers’.

This claim was rejected by NSW Sports Minister Alister Henskens.

‘The Labor party might try and whip up these issues, but that’s not the reality of what our party is about,’ Mr Henskens said.

‘Labor are trying to talk this up but I don’t believe it’s real. I think this is errant speculation being pushed by Labor.’

Mr Perrottet appeared contrite in his press conference on Thursday and said he was ‘deeply ashamed’ for what he did and apologised in person to leaders of Sydney’s Jewish community.

The NSW election is just 10 weeks away which gives the opposition or his Liberal party rivals plenty of time to find a photo of Mr Perrottet in the outfit. 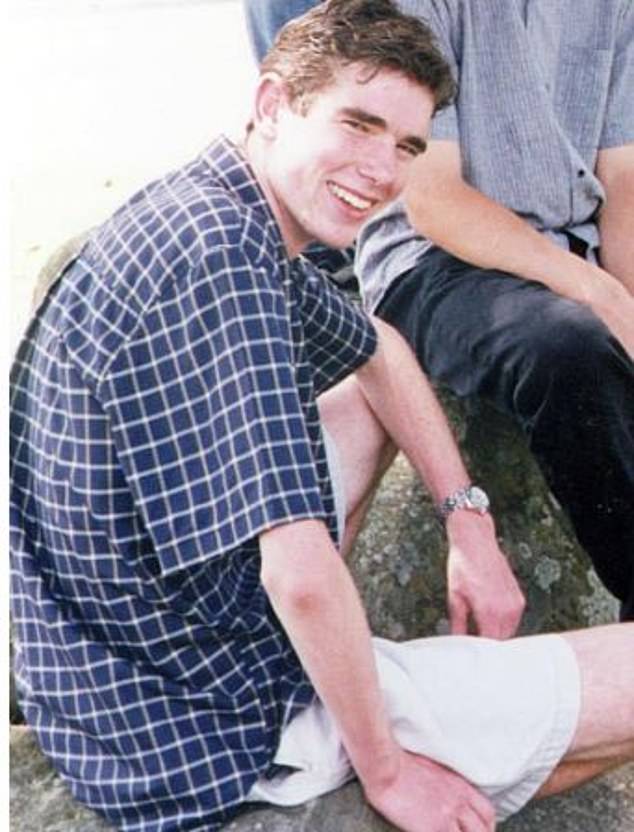 The mystery of whether a picture of the Nazi outfit will emerge is matched only by the mystery of just who was at the party.

So far, no one beyond his immediate family has publicly admitted attending the now infamous party, which was held in the double garage of his parent’s home.

Liberal MP Alex Hawke, who along with Mr Perrottet was deeply involved in the Young Liberals at the time, has said he has no recollection of being at the party. 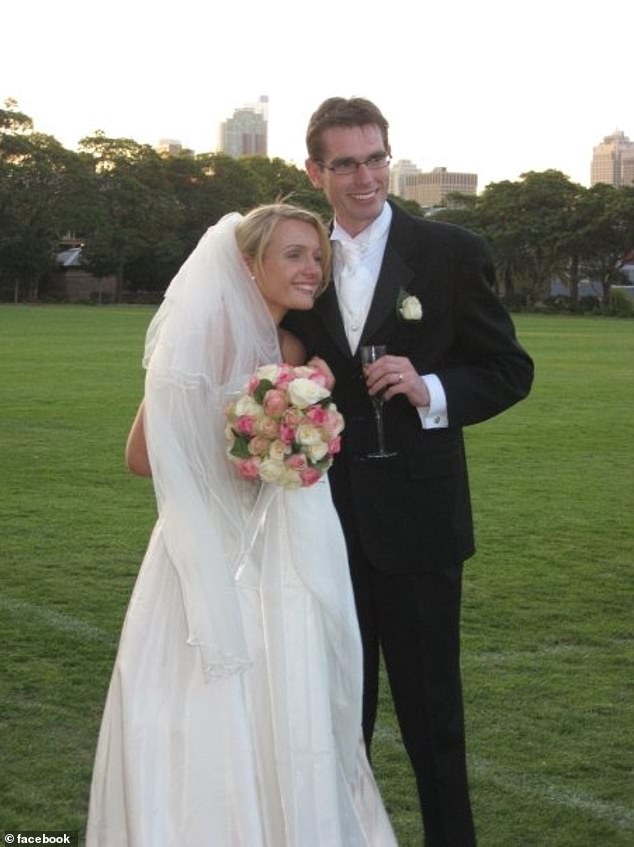 With quite a bit of alcohol consumed, those who were at the party have hazy memories of the night, with attendance estimates varying from 50 to 100.

But though 2003 predated the time when everyone had a camera in their pocket, guests recall Mr Perrottet’s father John taking pictures at the party.

Social media barely existed two decades ago, and John Perrottet was unlikely to have shared photos of his son wearing a Nazi outfit anyway. 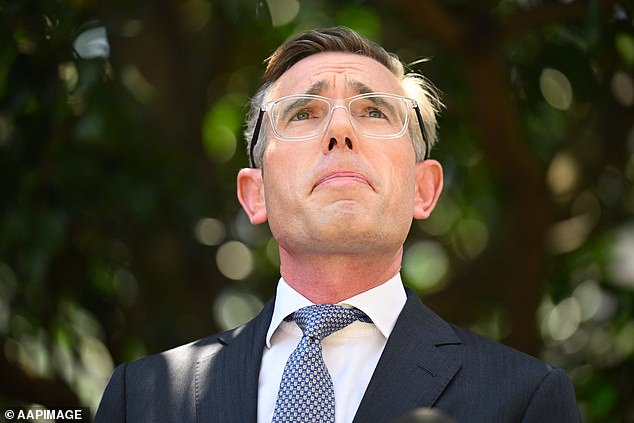 During a special press conference on Thursday, Mr Perrottet, 40, said he was ‘naive’ and regretted the decision to wear the costume in September 2003 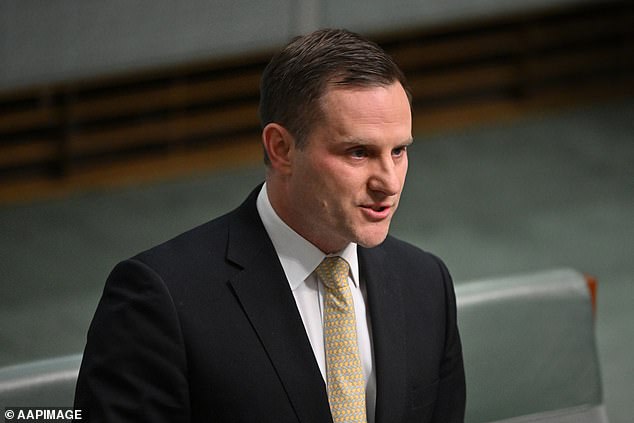 Liberal MP Alex Hawke (pictured) was said by anonymous attendees to have been at Dominic Perrottet’s infamous 21st birthday party, but he said he doesn’t recall if he was

The Liberal party is riven with infighting, not just between its moderate and right wings, but also within the premier’s right side following recent battles over who gets to run in what seats and who has to retire far earlier than planned.

November 2010: Dominic Perrottet becomes an MP as he is elected to the safe seat of Castle Hill for the Liberal Party.

April 2014:  Perrottet is appointed as Minister for Finance and Services.

He comfortably wins the Hawkesbury seat.

January 2017: Gladys Berejiklian is appointed new NSW Premier with Perrottet as her deputy. After a reshuffle, Perrottet take over Berejiklian’s ministerial roles as Treasurer and Minister for Industrial Relations.

2019: Perrottet unsuccessfully attempts to win back the Castle Hill seat. His bid led to significant infighting within the party and he publicly apologises to Williams.

He eventually settles for the safe Epping seat and is reappointed Treasurer.

An investigation found that icare had underpaid as many as 52,000 injured workers by up to $80 million.

2020-2021: During the COVID pandemic, Perrottet was an advocated for business and frequently pushed back on NSW Health advice.

He opposed his cabinet colleagues and the advice of NSW Health when they extended a COVID lockdown on  July 7 2021.

After becoming NSW Premier in October 2021, he unveiled an accelerated roadmap out of lockdown.

The changes were not endorsed by the NSW Chief Health Officer, who warned they increased risks.

Mr Perrottet reportedly offered to a Jewish friend at his 21st to take the costume off, but it seems he did not end up doing so.

The premier said his parents admonished him the day after the party for wearing the Nazi uniform and in his grovelling apology blamed it all on his youth.

‘At that age in my life I just did not understand the gravity and the hurt of what that uniform means to people, not just in our state … but around the world,’ he said.

‘I’m deeply ashamed of what I did and I’m truly sorry for the hurt and the pain this will cause for people right across our state, and in particular, members of the Jewish community, Holocaust survivors, veterans and their families.

NSW Labor leader Chris Minns is hoping he will be premier in 10 weeks time, but said he doesn’t think his rival’s admission will affect the election outcome.

‘My view is pretty straightforward. It was obviously a big mistake, he’s made an apology. I thought that the apology was sincere,’ Mr Minns said.

‘This is a government that seems to be intent on destroying itself,’ she said.

‘The Liberal party are more focused on internal brawling … than actually governing NSW.’

A Jewish leader revealed how a Holocaust survivor was reduced to tears by the premier’s revelation.

‘There is a sense of worry about what kind of world we are creating,’ Breann Fallon of the NSW Jewish Board of Deputies told the ABC.

‘(A Holocaust survivor who rang in) was mostly concerned about how future generations would take this… and conveying that it is not a past issue, it’s a present and future issue.’

She added: ‘That uniform is not just an inanimate object. It is a symbol of hatred, of bigotry, of genocide and discrimination and it will bring back all of those memories.’

Insiders have predicted Mr Perrottet’s leadership is terminal, with some saying his party could dump him before the state election.

Some in the Liberal party have decided they are going to lose the election anyway and don’t care about bringing down the Premier.

They are the ones most keen to find a photo of him in a Nazi uniform, although the Labor party would not be unhappy if such a picture showed up either. 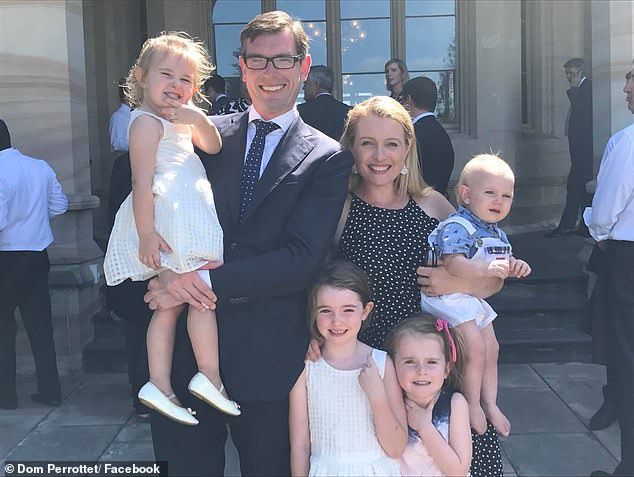