President Donald Trump appeared to back away from his personal lawyer Rudy Giuliani in a new interview, saying he didn’t ‘direct’ his actions in Ukraine and indicated he didn’t know what the former New York City mayor was doing there.

Asked what Giuliani was doing in Ukraine, Trump responded: ‘You have to ask that to Rudy.’

Giuliani has said he was doing work on Ukraine on behalf of ‘my client’ – Trump. But the president told O’Reilly: ‘Rudy has other clients, other than me,” adding: ‘He’s done a lot of work in Ukraine over the years,’ Bloomberg News reported.

‘No, I didn’t direct him’: President Donald Trump said he didn’t tell his lawyer Rudy Giuliani to undertake efforts in Ukraine on his behalf

Trump’s statements follow reports Monday that federal prosecutors in New York are probing Giuliani’s activities, which are at the center of a Democratic-run impeachment probe.  Two Giuliani associates have been indicted for alleged campaign finance violations.

O’Reilly posted the interview on his web site, where it was available to ‘elite’ members.

Trump’s comments come as it was revealed federal budget official Mark Sandy testified to the House impeachment inquiry that it was only in early September that he learned the reason why hundreds of millions in security aid to Ukraine had been frozen.

He also testified that two federal budgeting officials resigned over the handling of Ukraine aid.

One held a ‘dissenting opinion’ on security aid to the country, which is contending with an armed conflict with Russia. The other expressed ‘frustration’ about why millions in federal aid were held up, Sandy testified.

Sandy, an Office of Management and Budget official, testified he learned of the hold on U.S. aid in early July through an email that President Donald Trump had directed a hold on military support funds. 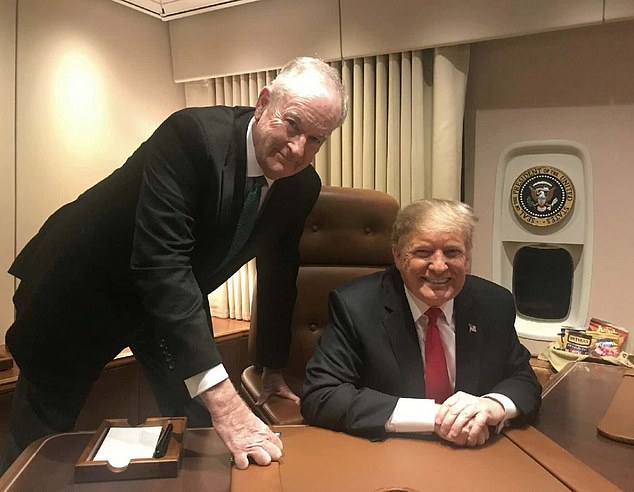 President Donald Trump distanced himself from lawyer Rudy Giuliani in an interview with Bill O’Reilly for his internet radio show. The interview was conducted Monday 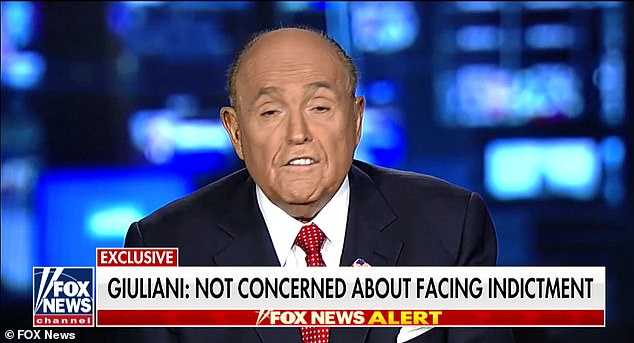 Trump said his lawyer Rudy Giuliani has ‘other clients’

But Sandy told a House impeachment inquiry he never got an ‘explicit response’ for the reason in July. By early August, an OMB memo recommended lifting the hold as a way to boost U.S. national security and oppose Russian aggression against Ukraine.

But it was only in early September when he got an answer.

‘I recall in early September an email that attributed the hold to the PResident’s concern about other countries not contributing more to Ukraine,’ Sandy testified, referencing an email from OMB official Michael Duffey. At the time the president requested information on how much other countries contributed to Ukraine.

Sandy said he didn’t recall another instance of security aid being held up without knowing the reason.

President Trump has cited a desire to get Europe to do more as a reason to withhold the aid, which was appropriated by Congress. However in total, European nations give more to Ukraine than does the U.S.

Acting chief of staff Mick Mulvaney told reporters in October that the aid was held up in part to get an investigation of a conspiracy theory that Ukraine may have the hacked Democratic server from 2016. He later tried to clean up the remarks, and admitted he didn’t give a ‘perfect press conference.’ 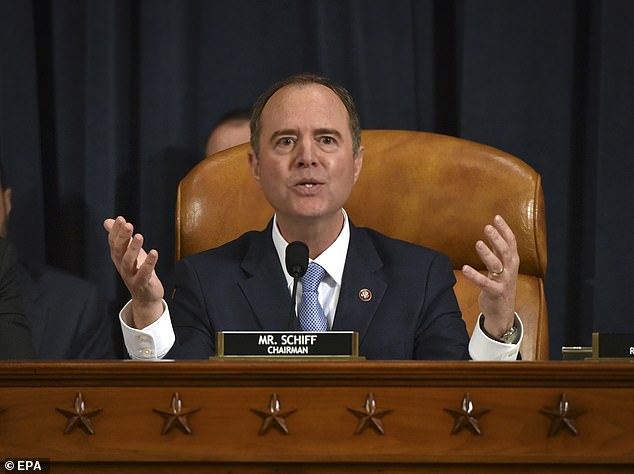 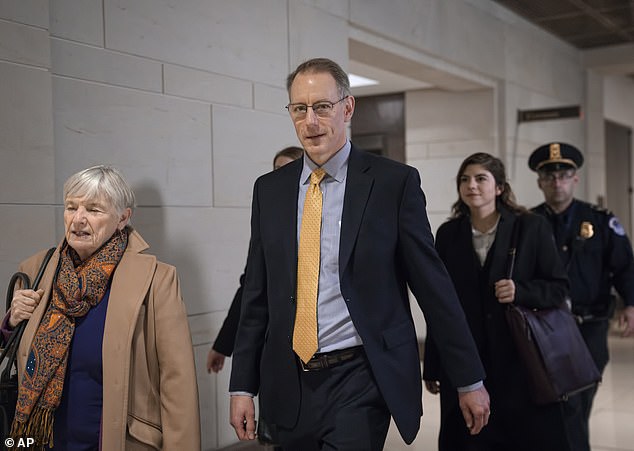 Mark Sandy, a career employee in the White House Office of Management and Budget, arrives at the Capitol to testify in the House Democrats’ impeachment inquiry about President Donald Trump’s effort to tie military aid for Ukraine to investigations of his political opponents, in Washington, Saturday, Nov. 16, 2019 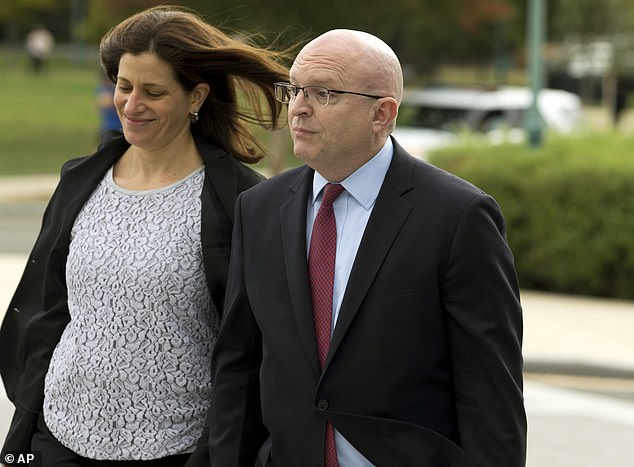 ‘Did [Trump] also mention to me in the past the corruption related to the DNC server?’ Mulvaney said. ‘Absolutely, no question about that. But that’s it, and that’s why we held up the money.’

In his own testimony, ambassador to the EU testified there was a ‘quid pro quo’ related to a White House meeting being sought by Ukrainian President Volodymyr Zelensky and investigations of Ukrainian energy firm Burisma, which had Hunter Biden on its board.

Republicans opposing the Democratic impeachment effort were hoping Sandy, a career official, would provide information to counter Democratic arguments that the hold on aid had a nefarious purpose.

Tweeted New York Rep. Lee Zeldin: ‘The transcript for OMB’s Mark Sandy was just released. The ONLY reason he was ever given why there was a hold on $ to Ukraine was “the President’s concern about other countries not contributing more to Ukraine.” NOT bribery. NOT quid pro quo or any other WACKY Schiff conspiracy!’

The new testimony was released on a day when the president said he would ‘love’ for top officials like Mulvaney to testify. The House Intel panel also released a deposition transcript for Philip Reeker, Acting Assistant Secretary of State for European and Eurasian Affairs, who testified about a script that was provided to Zelensky in an effort to get the aid released. He testified Gordon Sondland was working on the effort.

‘I recall that he was he was working with Zelensky to – to work, you know, as he prepared for phone calls and engagement with the President toward this meeting, he had sort of a script,’ Reeker testified.

‘That’s how he described it. I don’t know the specifics of what he meant by that, but he described it as a script for Volodymyr to help him as we move forward in this.’

He was asked if the script was for Zelensky to use in his phone call with the president.

‘Again, I couldn’t say that that was specifically to that, or more broadly, as a script for Zelensky. Here is our script moving forward. You know, Gordon [Sondland] was very involved working directly with Zelensky to try to move forward on all of the things that we had – they had discussed after the meeting of the 23rd of May,’ he said.

Sondland testified about the push to get Zelensky to make a public statement on investigations of Burisma and ‘2016.’

The House Judiciary Committee announced it will hold an impeachment hearing in early December.