The body of a driver was found in the wreckage of his car 15ft down an embankment on Christmas Eve, just two days after he had gone missing.

Matthew Tomlinson had been visiting the north of Scotland when his family in York contacted police to say he hadn’t been in contact.

Searches started on Saturday 22 December and the wreckage of his car was found two days later on Christmas eve, down an embankment in the highlands at about 8.50am.

It is believed Mr Tomlinson was travelling between Fort William and Kyle of Lochalsh on the A87 when the accident happened on Friday 21 Dec.

It is understood that about an hour into the journey, his phone dropped off the map through an apparent loss of mobile signal.

Concerned members of his family travelled north from York to join searchers before the black Vauxhall Insignia was found about five miles north of Invergarry, 15ft down an embankment in a burn.

In an online post on Facebook, Mr Tomlinson’s brother Josh thanked searchers for their efforts whilst confirming his brother had been found.

He wrote: ‘Hi everyone, just wanted to let you know we’ve found Matt and it’s not good news. Unfortunately, he’s died from a car accident on Friday night. Sorry for anyone who’s had to read this without getting a call. Thanks for everyone’s efforts.’

Tributes flooded in for Mr Tomlinson, who was described as a ‘funny and bright’ with ‘a heart of gold.’ 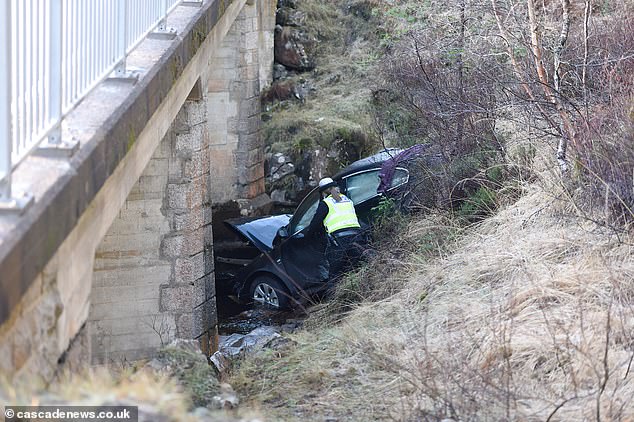 The body of a driver was found in the wreckage of his car, 15ft down an embankment on Christmas Eve

Sam Hamill wrote: ‘Matt was an amazing guy, such a big loveable character.. My thoughts are with all the family.’

Mike Thomas said: ‘This is heart breaking, Matt was a true gent who inspired so many great memories.’

Phoebe Senara added: ‘Every time I spoke to Matt he never failed to make me smile, he will be so missed by so many people.’ 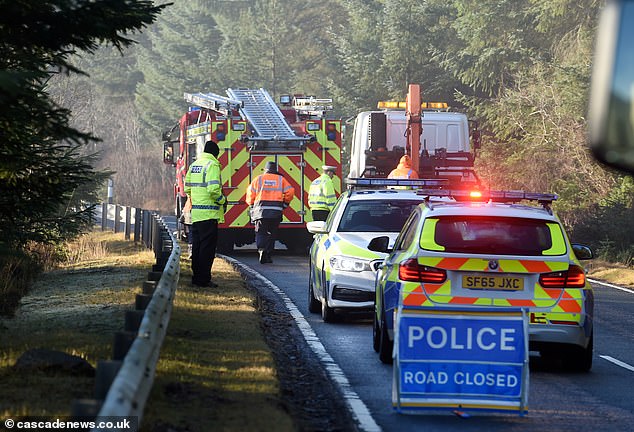 Friends from the frisbee team he played with also expressed their condolences to his family.

Natasha Lee said: ‘Matt has been a huge influence on Stirling Uni and the Scottish Ultimate Community and he will be sorely, sorely missed. Sending love to you and all the family.’

Catrin Jones said: ‘Matt was an amazing guy and will be remembered and missed by so many people.’

A police spokeswoman said: ‘As part of efforts to trace missing person Matthew Tomlinson, 29, police found a serious one-vehicle road traffic collision in the Glengarry area at around 8.45am on Monday, December 24.

‘A man was found deceased within the vehicle.’

Collision inspectors were at the scene for much of Monday, with a 30-mile diversion in place for motorists.

Vehicle recovery specialists and a fire crew from Fort Augustus also worked to recover the car.