‘I cried every hour that night’: Dusan Tadic reveals he put on sad Serbian music and wallowed in misery after Ajax’s defeat by Tottenham

Dusan Tadic revealed the extent of his devastation at Ajax’s defeat by Tottenham, saying he cried every hour of the night.

Spurs knocked the Dutch side out with a last gasp goal from Lucas Moura to reach next Saturday’s Champions League final against Liverpool .

And having been so close to another historic night in the club’s history, Tadic and Co were left distraught.

The former Southampton midfielder told Ajax Life: ‘This was a fantastic season, we became increasingly hungry. Ajax made the Champions League exciting. We deserved to play the final.

‘You know, when I’m disappointed, I like to cry. Surrendering yourself to the emotion. Then you get it all out of your body.

‘When I got home, I turned on some sad Serbian music and sat on the couch. 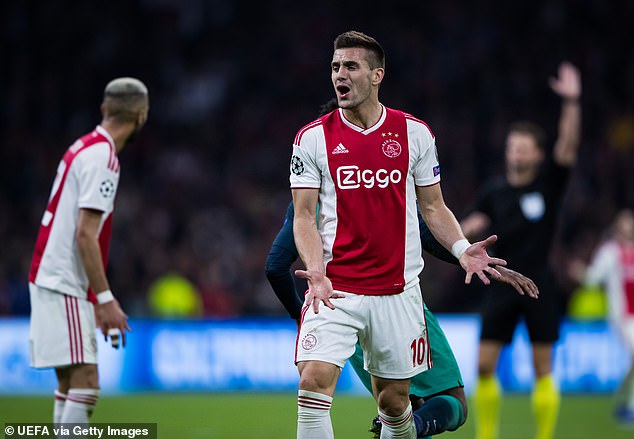 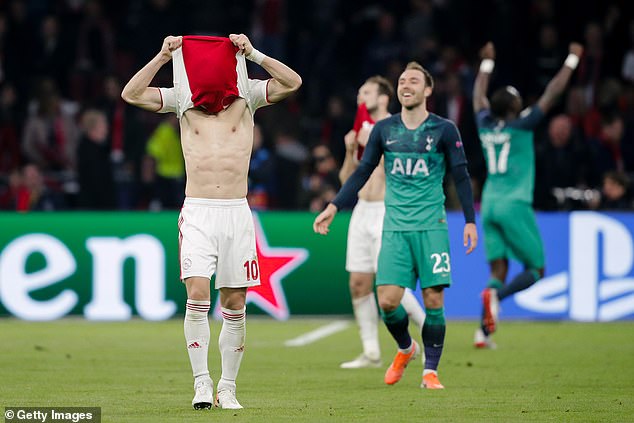 ‘Then I went to bed. I think I seriously cried every hour that night. When I saw my children the next morning that also helped.’

Tadic was sublime all season for Ajax as they won the domestic double and Saints fans may be left scratching their heads as he never managed to excel at St Mary’s.

No doubt it will be painful for the 30-year-old to watch the final knowing his side were so close to reaching the showdown in Madrid.