Australian wheelchair tennis champion Dylan Alcott has shared a powerful photo of a disabled toddler mesmerised by a new inclusive ad campaign for Target in the United States.

The heartwarming image of Oliver ‘Ollie’ Garza-Pena continues to go viral around the world, a week after the toddler was captured checking out a poster of a boy in a wheelchair just like him modelling clothes for the department chain at a store in Arizona.

Alcott was so inspired and touched by the little boy’s adorable reaction to Target’s latest campaign that he shared the photo on his social media accounts on Thursday.

‘LOVE THIS!! ‘You cannot be what you cannot see’… Society is definitely moving in the right direction – representation matters,’ the 2016 Paralympic gold medallist captioned the photo.

Alcott’s partner Chantelle Otten was among the followers who commented.

‘Yay for the future of diversity,’ she wrote.

Alcott, 29, became a paraplegic shortly after he was born following an operation to remove a tumor around his spinal cord.

He has also won one Wimbledon, one French Open and two US Opens. 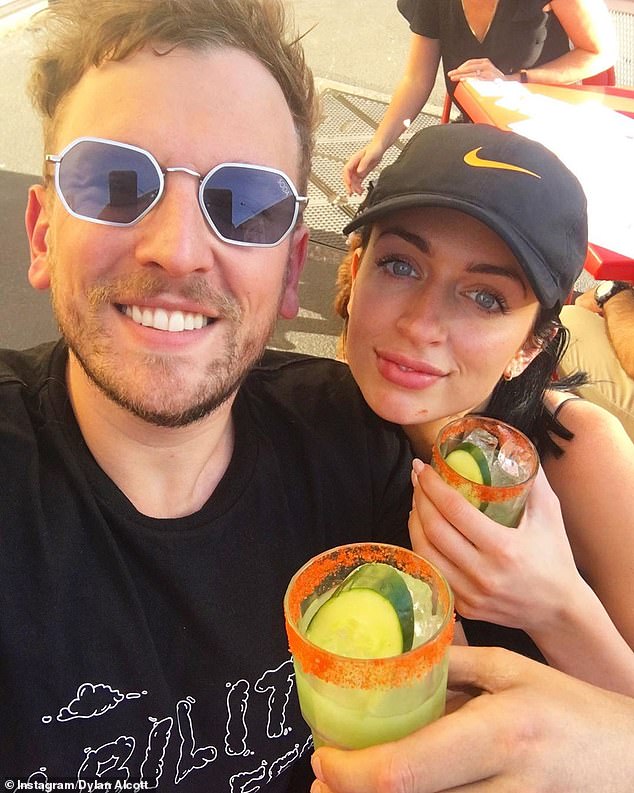 Alcott announced earlier during the tournament he would donate $800 for every ace he hit towards disabled victims devastated by the recent bushfires across Australia and ended up raising more than $40,000.

Ollie’s mum Demi Garza-Pena recently took to Facebook to recall how her son, almost 2, stared in awe of the poster earlier this month.

Oliver stopped me dead in his tracks and turned back around to see this picture that he spotted,’ she wrote on Ollie’s World page. 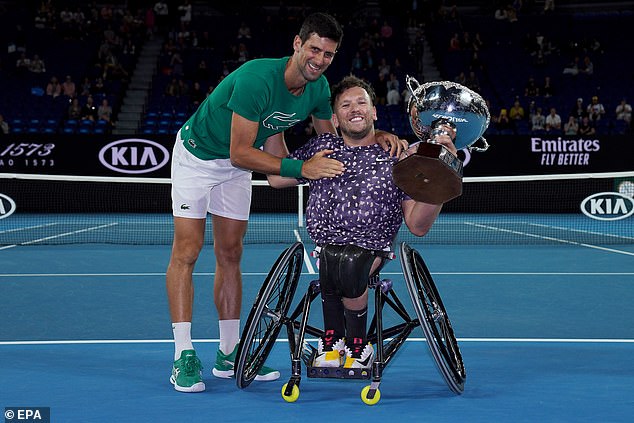 ‘He recognised another boy like him, smiling and laughing on a display at Target. Oliver sees kids every day, but he never gets to see kids like him.

‘This was amazing! I am so happy that other kids that pass through here with their parents, will see this! There is a lot of focus on representing diversity, but representing people with disabilities is just as important!’ 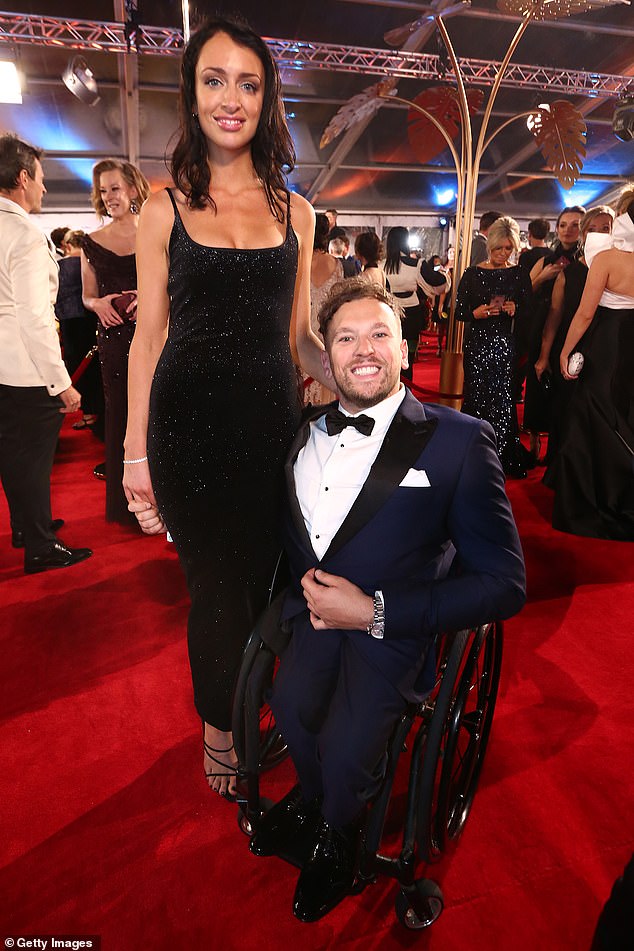 ‘Society is definitely moving in the right direction – representation matters,’ Alcott posted on Thursday. He’s pictured with partner Chantelle at the 2019 Logies