Elizabeth Smart’s kidnapper, Wandaa Barzee, is living just two blocks from an elementary school only three months after being released from prison for her part in a teenager’s kidnapping and rape in 2002.

Now 73, Barzee is based in a run-down property only two tenths of a mile from the grounds where pre-kindergarten to fifth graders are educated in Utah, RadarOnline reports.

Law enforcement confirmed it to the publication on Thursday, this despite the woman not being allowed on the premises of licensed daycare or preschools, primary or secondary schools, community parks and public playgrounds since her early prison release in September.

Barzee is also not allowed to contact Smart or her family members now she’s free and living in downtown Salt Lake City.

Smart, 31, is now married to Matthew Gilmour, and they share children Chloe, two, James, 10 months, and a newborn daughter Olivia. 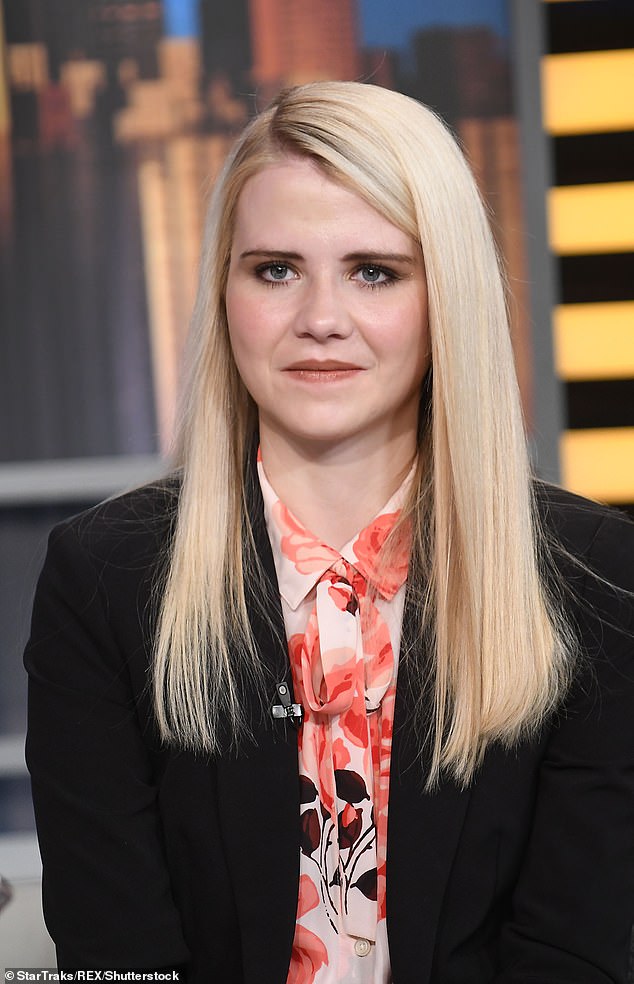 Elizabeth Smart was kidnapped for nine months in 2002 aged 14 in Salt Lake City, Utah. She is pictured in March 2018

Smart spent nine months being held hostage by Barzee and her spouse, street preacher Brian David Mitchell, between 2002 and 2003.

Mitchell was a handyman who had been at her home in Salt Lake City.

For nine months, they held her in the woods where she was repeatedly raped and drugged before she was rescued on the street. 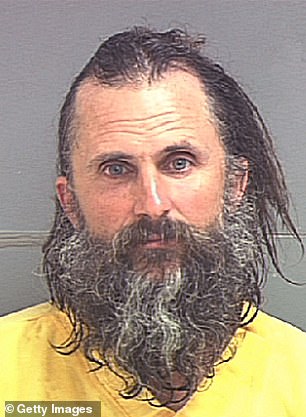 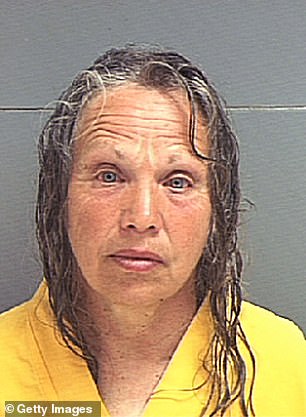 Wanda Barzee (right, pictured with Brian David Mitchell) is living two blocks from an elementary school. Barzee was released from prison in September. She is pictured afterwards, right, in a photograph taken as part of her parole conditions 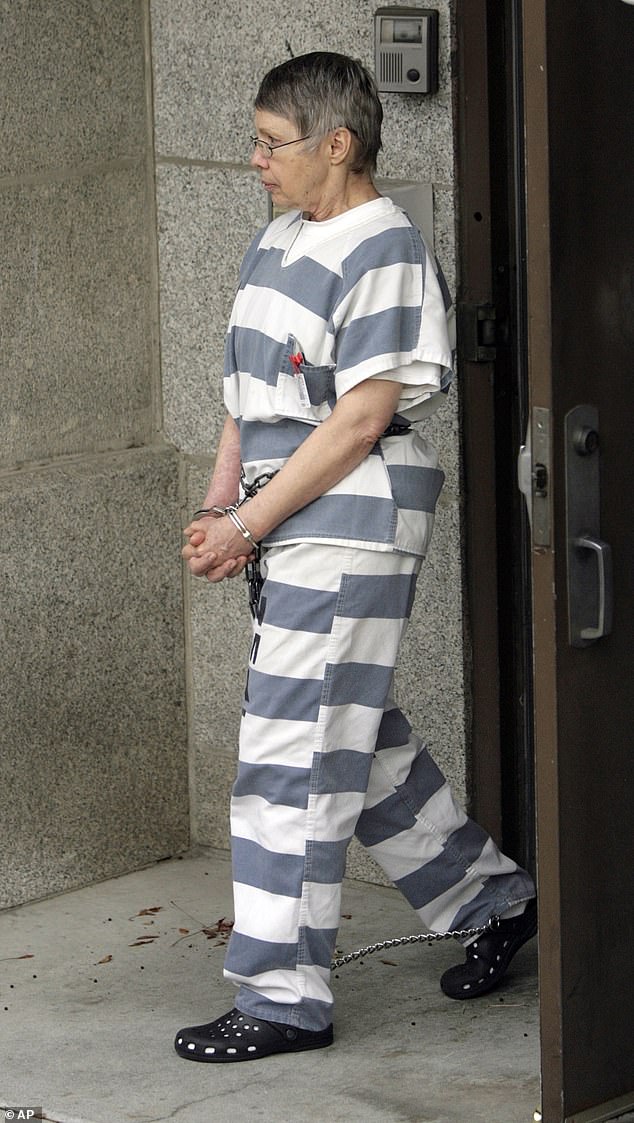 Smart praised mother and father, Lois and Ed, earlier this month for her still being here.

Speaking about her children, Smart captioned an Instagram image: ‘I just want them to remember the feelings of always being loved, always knowing they’re special to someone, and always knowing Matthew and I are here for them.

‘I’m alive today because my parents instilled those same feelings in me from the day I was born.’ 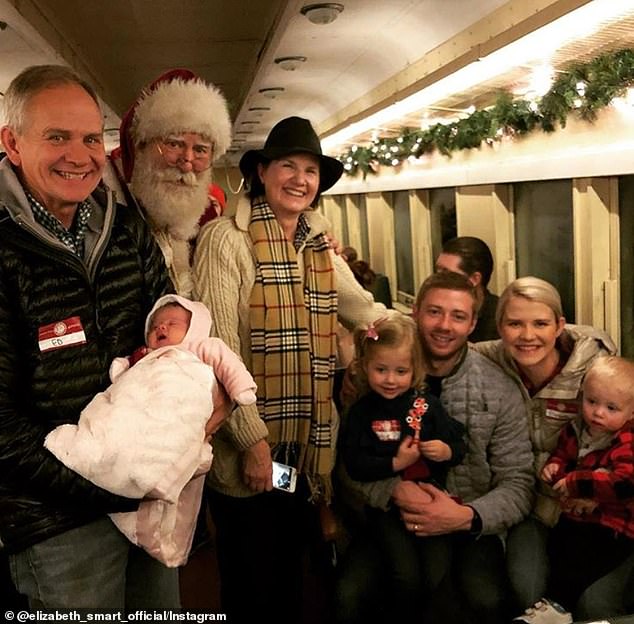 Elizabeth Smart with her husband Matthew Gilmour, with their children Chloe, two, James, 10 months and newborn Olivia who was born before Thanksgiving, with her parents Lois and Ed 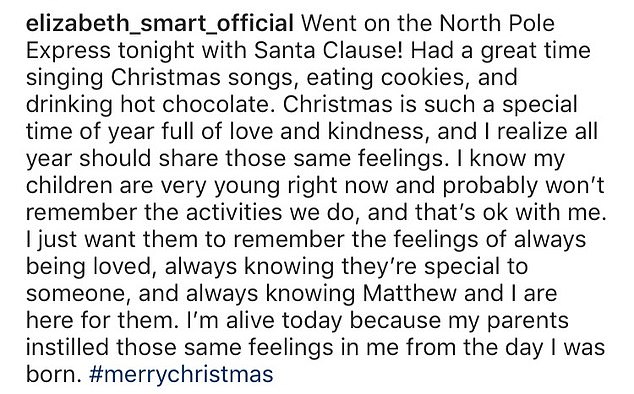 Smart has spoken in the past how she maintained hope by visualizing her parents and memorizing their every feature in case she never saw them again.

‘I found something to hold onto. I was going to do whatever it took to survive,’ she said in April this year. 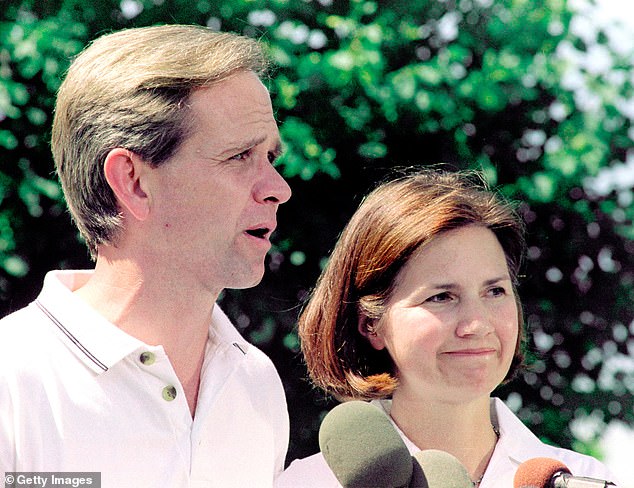 Mitchell is still in prison but Barzee was controversially released earlier this year despite protestations from Smart and other kidnapping victims. 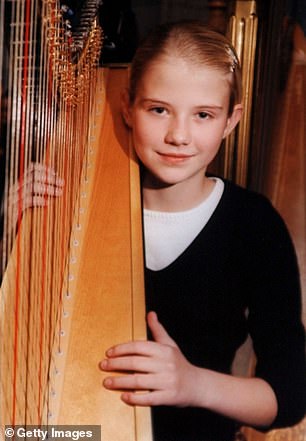 Barzee pleaded guilty in 2010, seven years after being arrested.

She pleaded guilty to kidnapping and sexual assault and was sentenced to 15 years behind bars.

Shockingly, in September this year, the parole board granted her attorney’s request for the first seven years she spent in prison before the plea deal to be counted as time served.

Smart was pregnant with Olivia at the time.

She made repeated public appeals to stop Barzee’s release but her efforts were unsuccessful.

Smart met her British husband in Paris in 2009 during a Mormon mission trip. Over the last 10 years, she has worked as a motivational speaker and author.

They live with their children in Park City, Utah.

Her parents still reside in Salt Lake City but in a different home to the one she was abducted from.