Melania Trump visited a 17th Century castle that was used to house slaves in Ghana on Wednesday as her solo tour of Africa continued.

The First Lady said she was ‘very emotional’ during her visit to Cape Coast Castle and described it as something she would ‘never forget’.

The castle is one of dozens scattered along Africa’s Gold Coast which was originally built by European traders but then used to house slaves in dungeons before shipping them overseas.

They are characterized by what was referred to as a ‘door of no return’ – an archway on the seaboard side of the castle which slaves were forced to walk through to be lowered onto boats and taken to cargo ships. 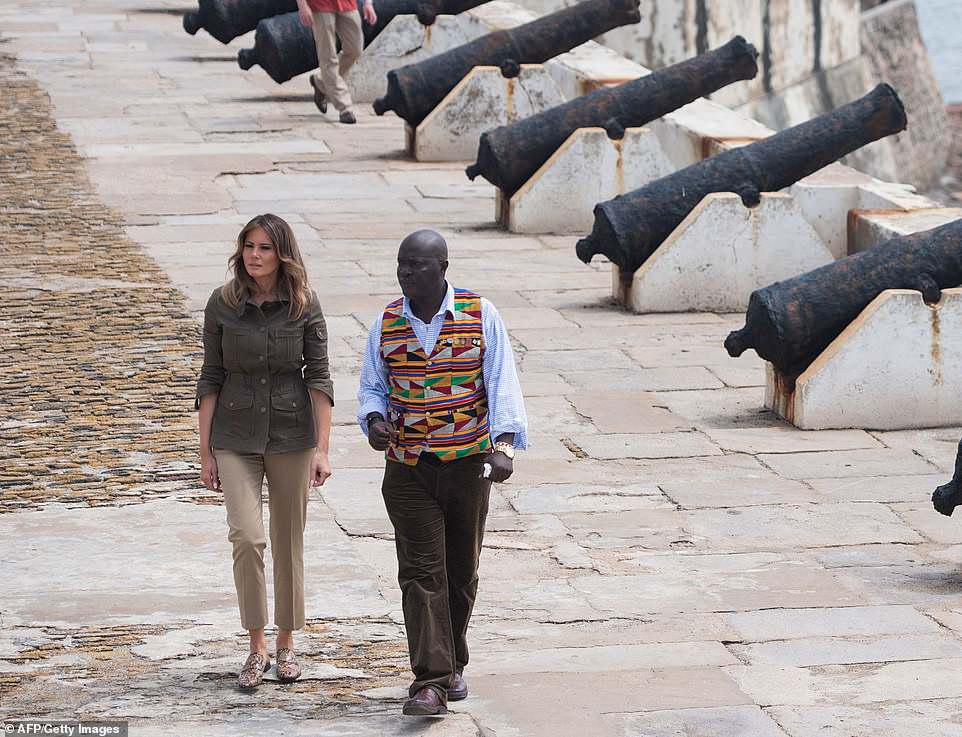 The First Lady was given a tour by museum educator Kwesi Essel-Blankson. She described the visit as ‘very emotional’ 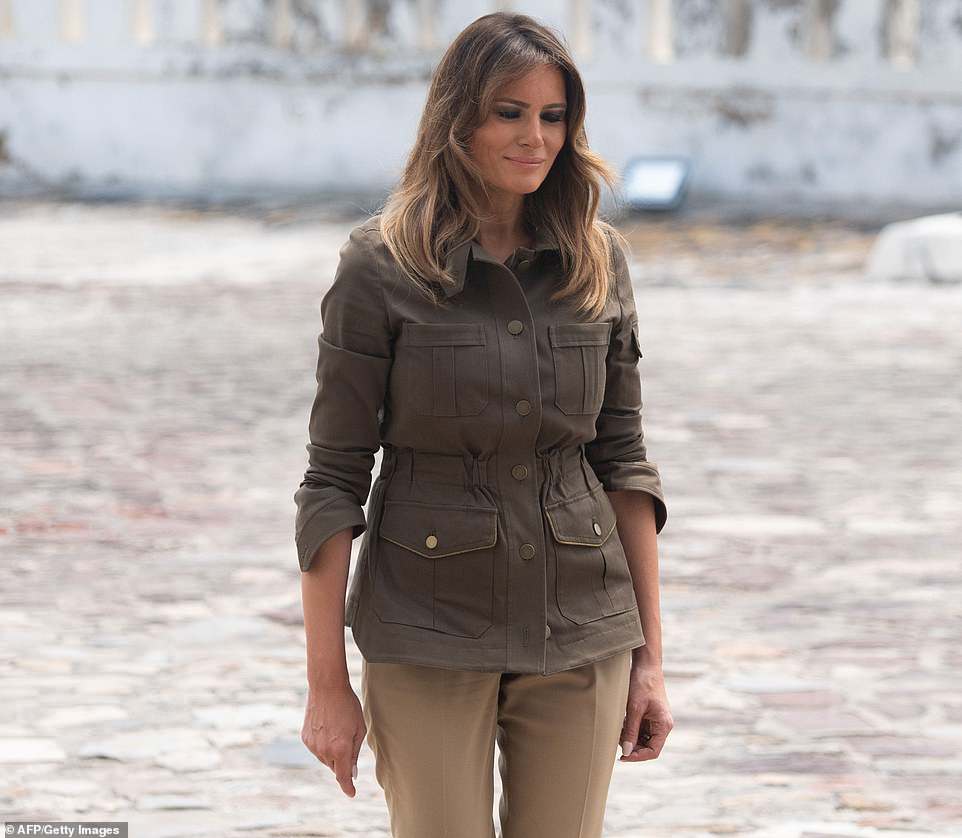 Melania described the castle as ‘something that people should see and experience’. The site was where slaves were held before being shipped out of Africa

President Obama visited the site in 2009 and said it was an example of the evil humans are capable of.

Melania, who has so far spent her time in Africa visiting children in schools and hospital patients, said the castle is ‘really something that people should see and experience.’

She added that it was a ‘special place’.

The First Lady was suitably dressed down for her tour in a pair of khaki slacks, a green jacket and some snakeskin loafers.

Her visit to Ghana has not been met with the same enthusiasm as Obama’s was in 2009.

Locals said on Tuesday that ‘you wouldn’t know’ about Melania’s trip unless you were ‘following the news’ whereas residents packed the streets and stood on rooftops to catch a glimpse of Obama – ‘the son of Africa’ – nine years ago during his visit.

‘The interest is very, very muted and subdued. There are a lot of people (in Ghana) who are extremely indifferent about this visit,’ political commentator Etse Sikanku told AFP.

With Obama, he said ‘it was like a big party, everybody was into it, people stood on rooftops, everybody wanted to see Barack Obama, the son of Africa.’ 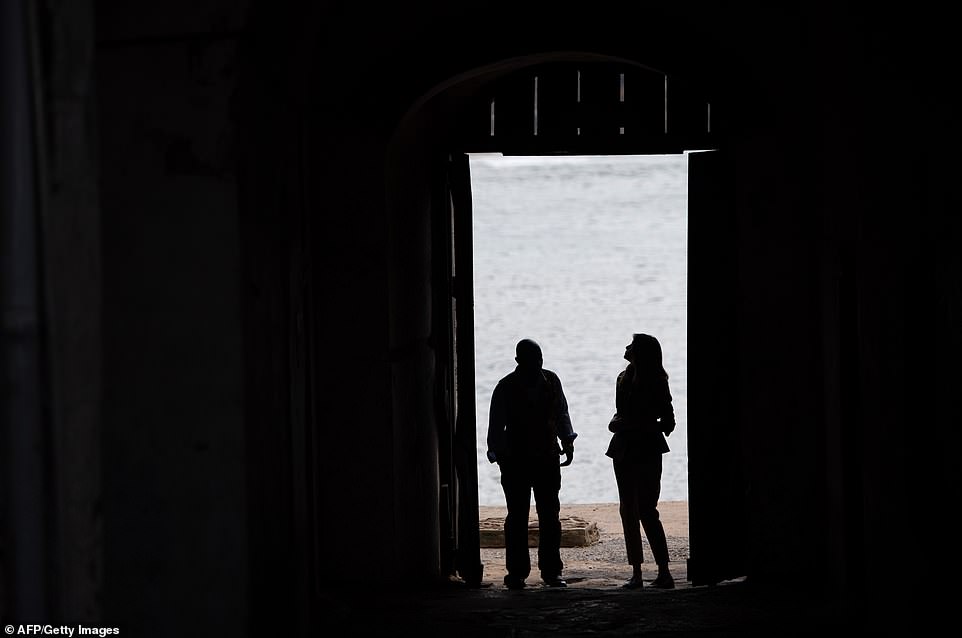 Melania and the museum director stand in what is referred to as ‘the door of no return’. It is what slaves used to walk through to board boats to be taken onto cargo ships and ferried out of Africa to work for white slave masters overseas 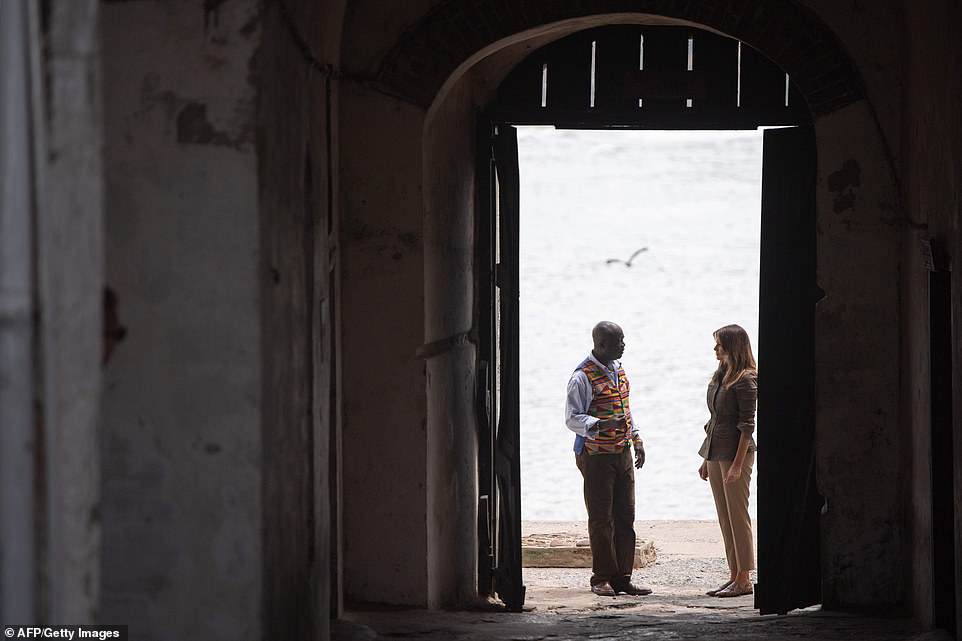 Melania and museum director Kwesi Essel-Blankson talk at the ‘door of no return’ on Wednesday. The First Lady described it as a ‘special place’ 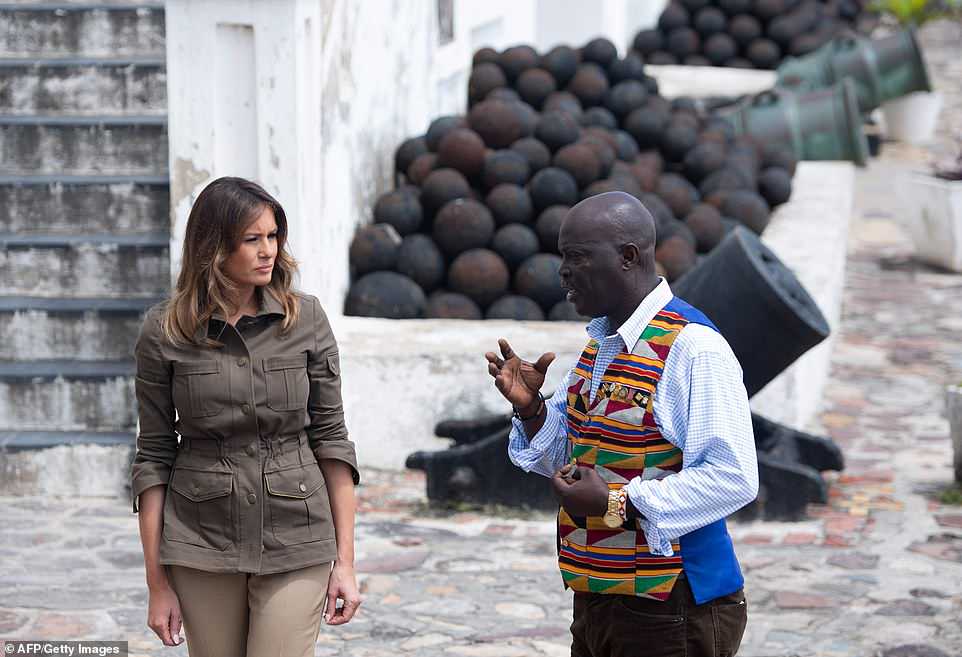 The castle is now protected by UNESCO as a world heritage site and been drawing high profile visitors, including President Obama who visited during his presidency in 2009, for years 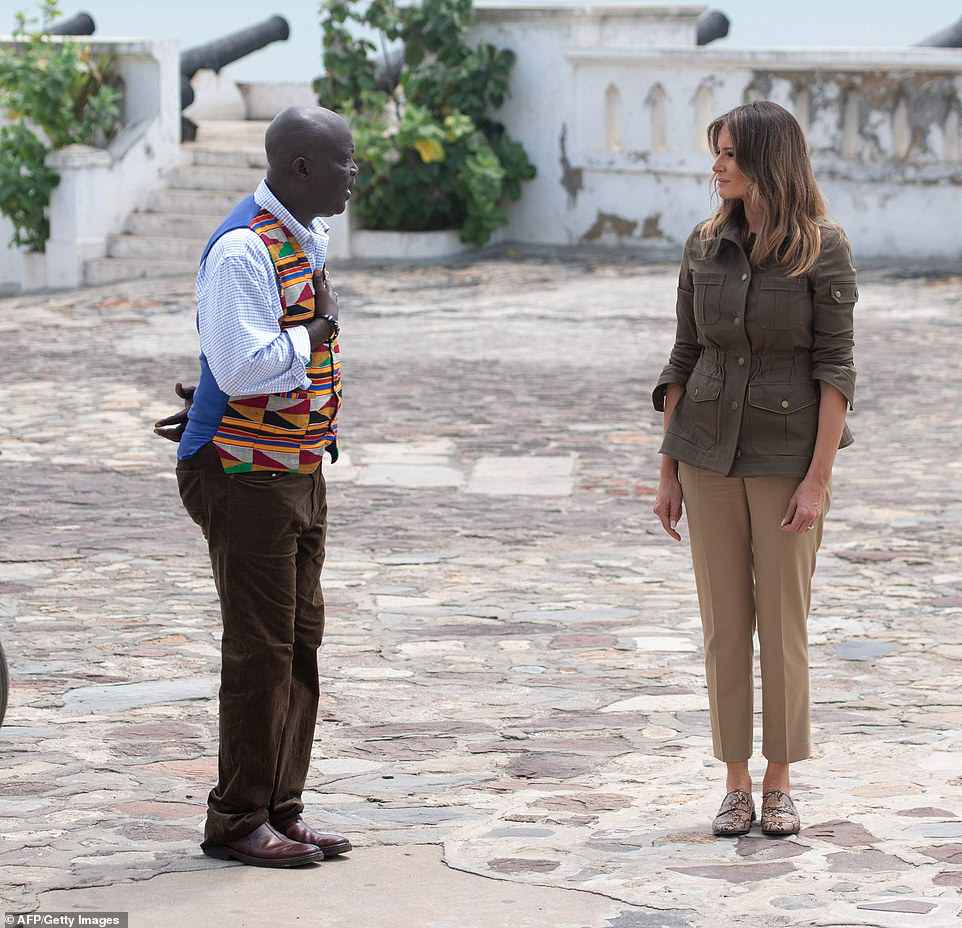 The First Lady dressed down for the occasion in some beige pants, a khaki jacket and snakeskin loafers