Golfing and broadcast legend Sir Nick Faldo broke down in tears Sunday as the CBS punditry team bid adieu to one of its favorites.

Faldo, who won six major championships, joined CBS’ golf broadcast team back in 2006, going on to delight viewers with his humor, relatability and personality.

Commentator Jim Nantz led off the tribute, lavishing the Englishman in praise for his standing on and off the fairways.

‘You’ve been the best in the world twice, and that my friend is extraordinary,’ Nantz told Faldo during CBS’ broadcast of the Wyndham Championship in Greensboro, NC. 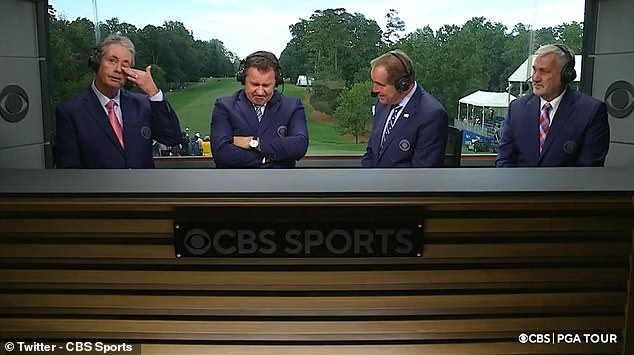 ‘You did it with humor, humility and humanity,’ Nantz continued. ‘It’s fair to say you led a sea as a broadcaster. May the sands of time be very kind to you, my friend.’

Struggling to hold in his emotions, Faldo burst into tears before composing himself with the support of his ‘brothers’ Nantz, Frank Nobilo and Ian Baker-Finch.

‘Thanks to all the crew. As I affectionately and respectfully call you the workers, they put the pictures out, we do the rattling, we have an easy job. Thank you all.’

Faldo explained just how he came to be a lead analyst for the network after 22 years as a pro. 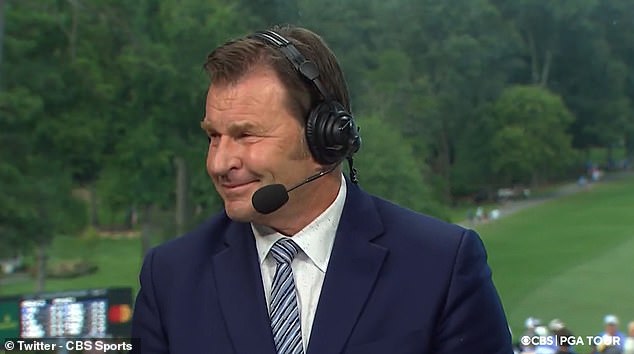 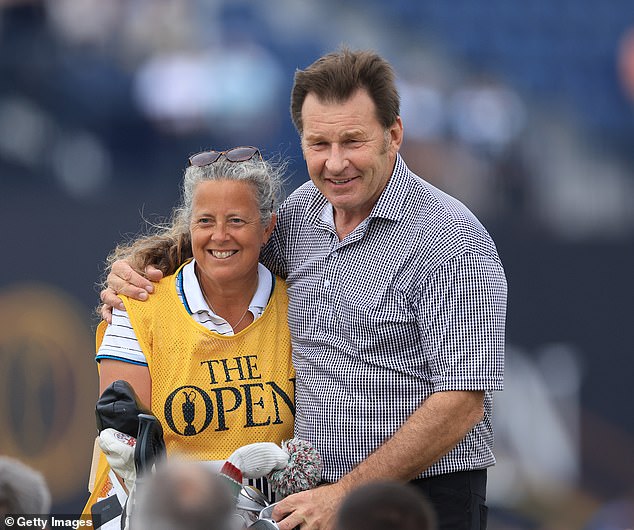 ‘I was in a boat in Ireland, and they gave me a call and said, “How would you like to sit next to Jim Nantz?” and I literally fell out the boat, I really did. That was 2006, and here we are 16 years later.’

The Windsor native made the surprise decision to call it quits at CBS so as to pursue ‘other opportunities and partnerships’, alongside his golf course design business, Faldo Design.

Faldo, who was knighted in his native England for his services to golf, won The Open and Masters three times each.

He was also the No. 1 ranked golfer in the world for 97 weeks. Faldo’s band of brothers later arose to applaud the 65-year-old during his final sign-out.

Faldo also received a plaque at Ross Course — the home of the Wyndham Championship — for his services to golf and the broadcast booth, earlier in the day. 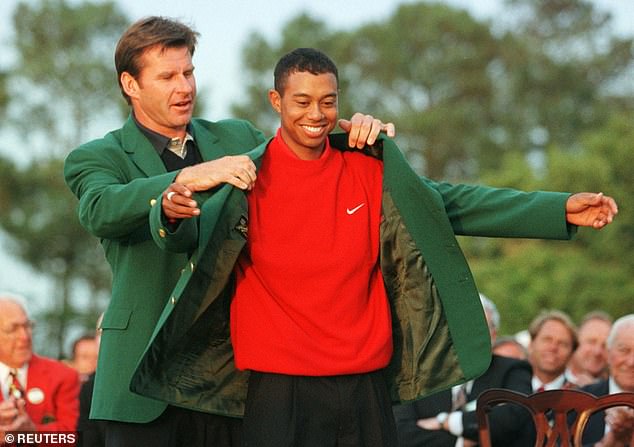