The Adelaide trio won the award for Best Live Act and used the opportunity to  comment on the disgraced businessman’s death in custody.

When the group were presented the award by Daryl Braithwaite, MC Suffa said: ‘I’m going to get out a few thank yous because I think this is the last time you’ll see us.’

He closed his short speech with the phrase ‘Jeffrey Epstein did not kill himself,’ – sending a mix of laughs and gasps through room.

The phrase has become linked with various conspiracy theories about Epstein’s death, and became a meme that has spread through American culture.

It has appeared on signs at sporting events, has been blurted out by guests during television interviews, and printed onto merchandise including sweaters and beer coolers.

Epstein’s death has been heavily scrutinised, with many people refusing to believe the 66-year-old took his own life.

Two guards have been charged with conspiracy and falsifying records after they failed to conduct routine checks on Epstein on the night he died.

Channel 9 broadcast MC Suffa’s statement in their delayed coverage of the event.

The group are nominated for seven other ARIA awards. 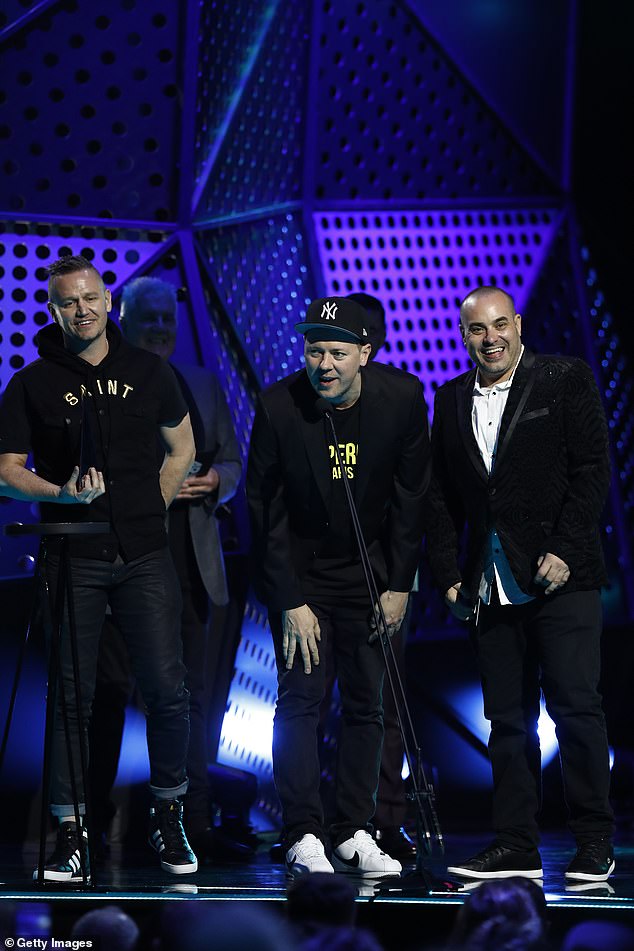