Accused school shooter Ethan Crumbley is charged as an adult with two dozen crimes, including murder and terrorism

Footage, obtained exclusively by DailyMail.com, shows the 15-year-old stumbling into the back room of the 5-1 Diner in Oxford before falling to the ground.

The incident occurred  at 11am on September 20, 2020 as the boy had been filling in for another employee at the restaurant, where he’d worked on seven or eight other occasions, according to the owner.

Video shows Ethan enter the room wobbly on his feet. He sways erratically from side to side while flailing his arms, then collapses and slams head-first into a cabinet. 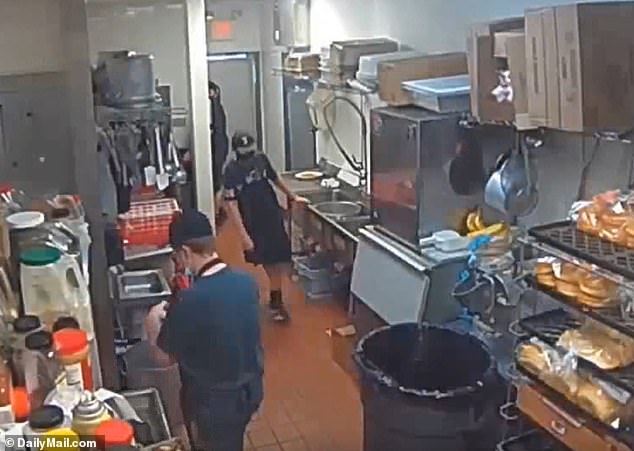 Video exclusively obtained by DailyMail.com shows Ethan Crumbley stumbling into the kitchen of an Oxford, Michigan diner where he occasionally worked last year 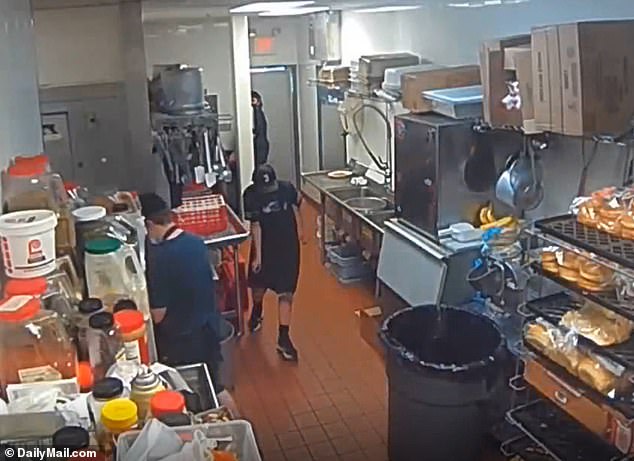 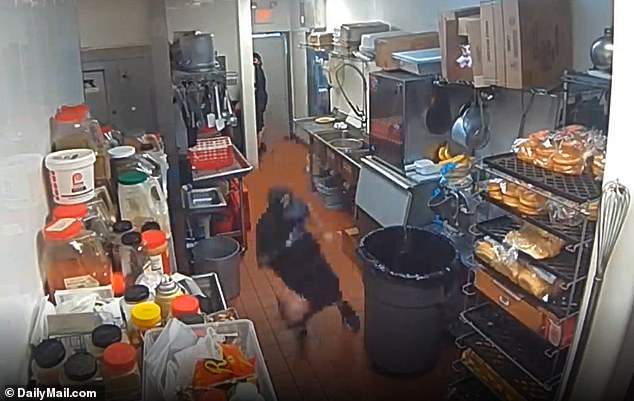 He eventually loses his footing and falls, slamming head-first into a cabinet

He immediately struggles to stand up before stumbling a second time, as a co-worker comes to his aide.

The owner told DailyMail.com that Ethan seemed embarrassed by the episode. The staff called his parents to come pick him up.

According to the owner, Ethan’s mother blamed it on her son not eating that day. But the owner said she doubts that was the cause and wonders whether he may have been on medication or suffering from an underlying medical condition.

‘We sent him home,’ the owner told DailyMail.com. ‘The mom said it was just because he didn’t eat anything. It seems a lot for that to just be not eating.’ 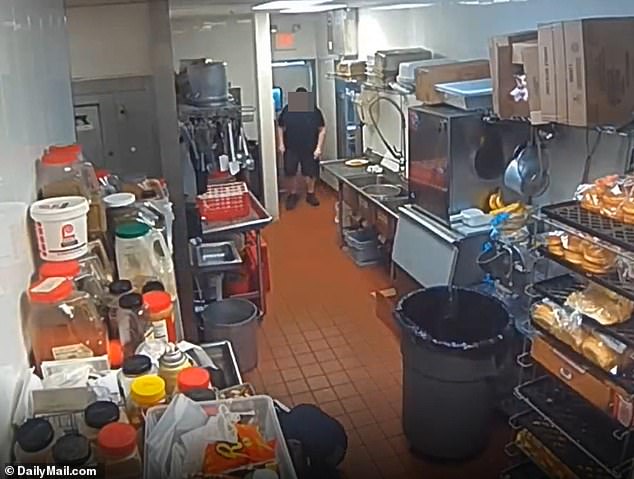 Ethan immediately struggles to stand up before stumbling a second time, as a co-worker comes to his aide 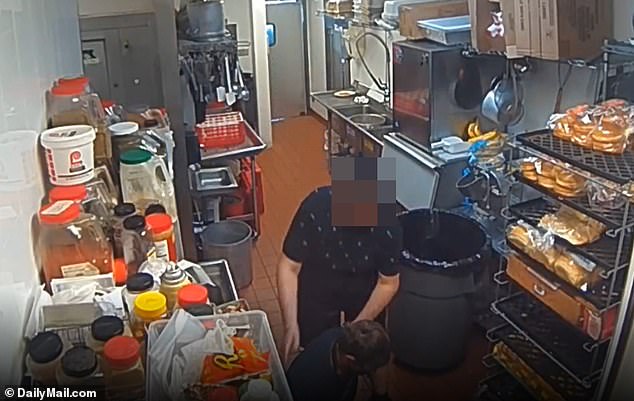 An older male employee is heard asking him if he’s alright. ‘Yeah, I’m not feeling…’ Ethan murmurs, almost unintelligibly. Diner staff then called his parents to pick him up 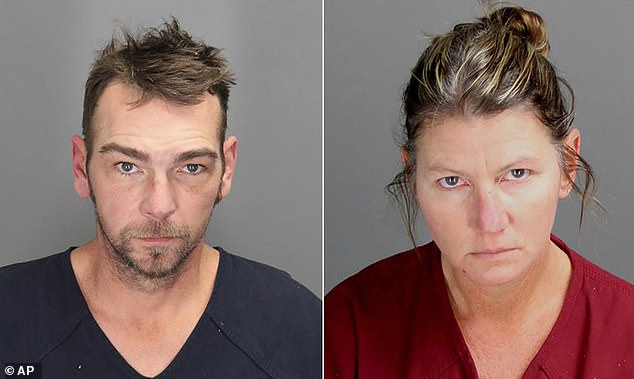 James (left) and Jennifer Crumbley (right) were booked into the Oakland County Jail early Saturday morning after they were arrested in Detroit less than a mile from the Canadian border. The couple led authorities on a large-scale manhunt after fleeing involuntary manslaughter charges in connection with the deadly school shooting said to be perpetrated by their son

The owner recalled a separate concerning incident involving Eli last year. The owner described a day she smelled marijuana in a back room, and confronted Eli who had apparently been smoking.

She told him she was going to call his parents, but said Eli wasn’t concerned by the threat. She said he laughed and said his dad was the one who gave it to him.

‘Where do you think I got it from?’ he purportedly told the owner.

Eli and Ethan have the same father, but different mothers. Originally from Florida, the two boys later moved to Oxford with their dad James Crumbley and his second wife, Ethan’s mom, Jennifer.

The older brother hinted at some family turmoil that prompted him to abruptly move out in March 2020. He went to live with his biological mother in Florida where he grew up. 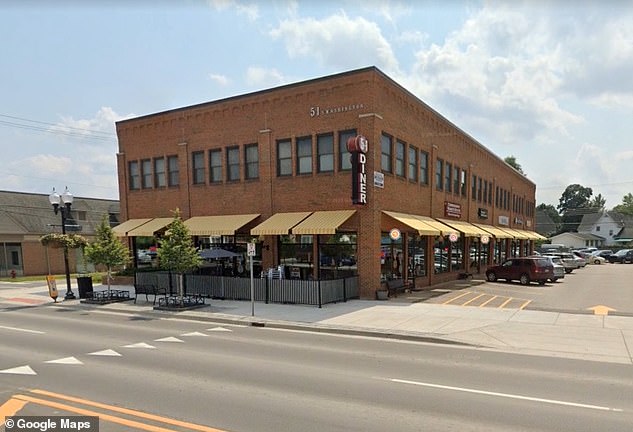 Ethan’s 18-year-old half-brother, Eli, also previously worked at the diner. The owner recalled confronting Eli last year after he was allegedly caught smoking marijuana in the back room in a separate incident 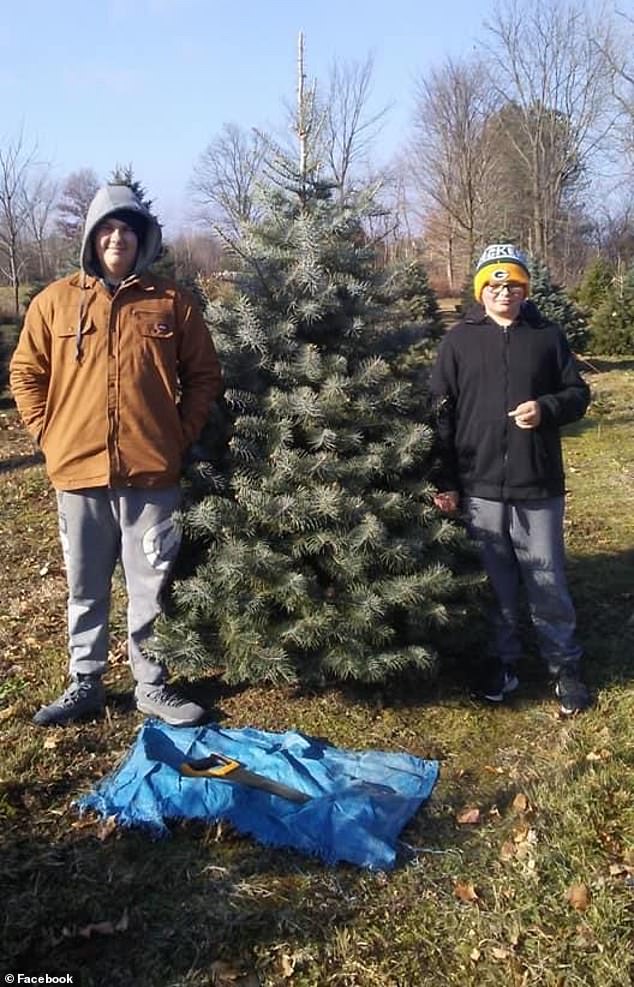 Eli (left) and Ethan have the same father, but different mothers. Originally from Florida, the two boys later moved to Oxford with their dad James Crumbley and his second wife, Jennifer

‘It mostly had to do with the relationship with my stepmother and I,’ Eli told DailyMail.com last week.

Ethan remained living with his parents in a small home in Oxford, less than two miles from where he opened fire, allegedly killing four students.

He was charged as an adult with four counts of murder and domestic terror among a total of 24 charges, and is being held at the same jail as his parents.

His parents were arrested early Saturday after a large-scale manhunt.

James, 45, and Jennifer, 43, were captured in the basement of a building in Detroit, less than half a mile from the Canadian border.

Both Crumbleys pled not guilty to all four charges of involuntary manslaughter – one for each Oxford High School student who was killed Tuesday.

Each count is punishable by up to 15 years in prison along with a $7,500 fine and mandatory DNA testing.

The couple are currently on suicide watch as they are held in lieu of $500,000 cash bail. 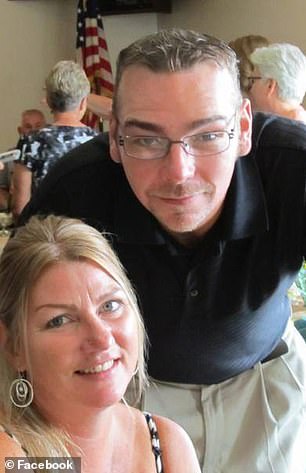 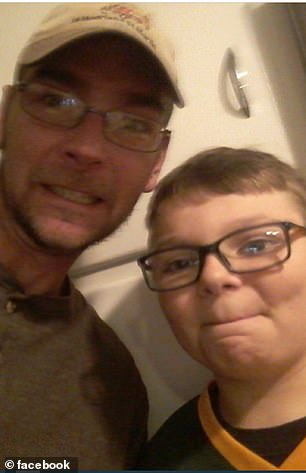 Ethan’s parents James and Jennifer (left) are currently on suicide watch in jail as they are held in lieu of $500,000 cash bail 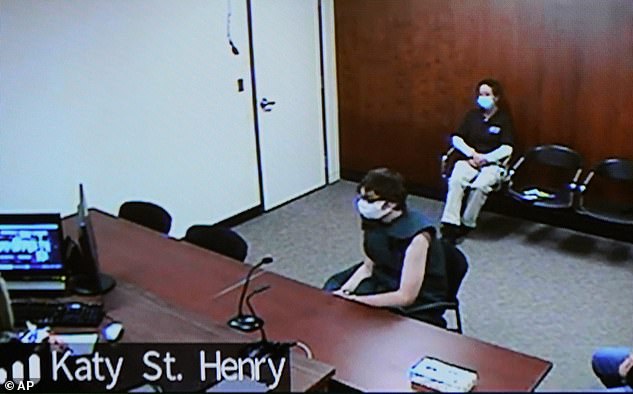 In a tragically botched response to warning signs from Michigan school shooter Ethan Crumbley (above at arraignment), school counselors accepted his claim that a graphic drawing was a plan for a video game just hours before his gun rampage

Oxford High School officials could face criminal charges and civil lawsuits for failing to search Crumbley’s backpack and locker before the fatal shooting despite catching him searching for ammunition on his phone and for a disturbing drawing before the shooting.

In an interview with CNN on Monday, Oakland County Prosecutor Karen McDonald said school officials had the legal authority to search Crumbley’s belongings when they found a chilling note on his desk that featured disturbing drawings depicting a gun, a bullet, blood, a shooting victim and a laughing emoji.

The note included the words: ‘Thoughts won’t stop, help me’; ‘my life is useless’ and ‘the world is dead,’ according to prosecutors.

When questioned by school counselors just hours before his gun rampage, Ethan said the graphic drawing was a plan for a video game.

At that point, McDonald said the gun would have been at the school, and ‘we don’t know exactly if the weapon was in his bag, where it was. We just know it was in the school and he had access to it’.

The day before the shooting, Ethan was spotted searching for ammunition on his phone, and when asked by a teacher he said it was for his parents’ gun hobby. When the school raised the issue with his parents, his mother sent him a text saying: ‘LOL. I’m not even mad at you.’

When asked if school staff members could be prosecuted, McDonald told CNN’s Brianna Keilar, ‘We haven’t ruled out charging anyone.’

She later said in another interview with ABC’s Good Morning America that she could charge the school officials in the shooting, noting: ‘In this case, a lot could have been done different.’

McDonald said the investigation’s findings will determine whether school officials will be charged in last Tuesday’s attack at Oxford High School.

Ethan was charged as an adult Wednesday with terrorism, first degree murder and other counts in the shooting that killed Madisyn Baldwin, 17; Tate Myre, 16; Hana St. Juliana, 14; and Justin Shilling, 17.

His parents were also charged with four counts of involuntary manslaughter. All three have pleaded not guilty.

Prosecutors say the parents bought the handgun their son used to kill four as a Christmas present on Black Friday, and failed to secure it.

In charging the parents, Oakland County prosecutor Karen McDonald alleged that the parents ignored multiple warning signs and refused to take their son out of school just hours before the shooting took place.

Jennifer bragged on social media about going out with Ethan to test his Christmas present – a 9mm handgun – just three days before the shooting at Oxford High School, and just one day after her husband James had purchased the gun for Ethan.

On November 29, McDonald said a teacher at Oxford High School observed Ethan searching ammunition on his cell during class and reported it to school officials. 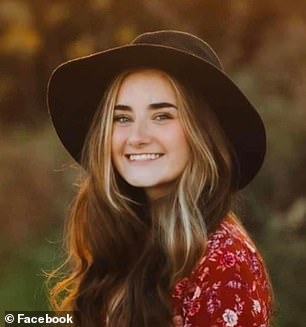 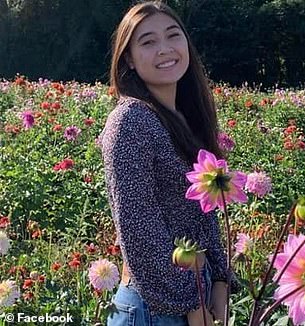 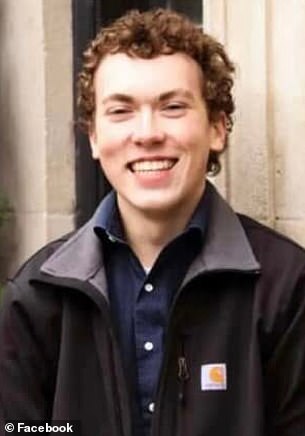 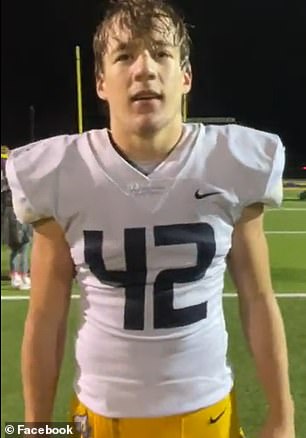 Ethan had a meeting with school administrators, and his mother Jennifer was contacted via voicemail by the school about her son’s inappropriate internet search.

According to the prosecutor, the mother and father had also failed to ask Ethan if he had his gun with him, or where his gun was, and did not inspect his backpack.

Instead, the teen returned to class and the shooting subsequently occurred.

Judge Julie Nicholson announced Saturday that the parents’ bond must be paid in full, and they will be required to wear a GPS tracker if they make bail.