Euro 2020: Wayne Rooney warns England NOT to get ‘caught up in how Italy play’

Wayne Rooney says England cannot afford to get caught up in Italy’s tactics, but insists that Gareth Southgate’s ‘streetwise’ side can make life difficult for veteran defenders Giorgio Chiellini and Leonardo Bonucci.

The Three Lions will be looking to win their first major trophy since 1966 when they take on Roberto Mancini’s side in the Euro 2020 final at Wembley tonight.

Rooney, who played against Azzuri at the 2014 World Cup, expects them to try and slow the game down in order to disrupt England’s attacking. But he insisted that Southgate’s men should focus on their own approach, rather than their opponents’. 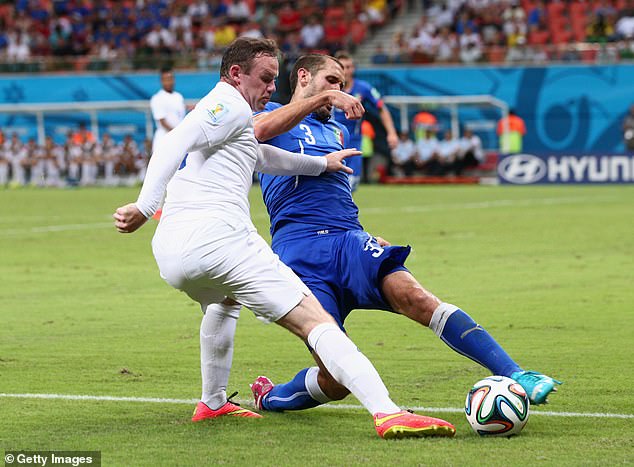 Former England captain Rooney, who played against Azzurri at the 2014 World Cup, expects them to try and slow the game down

In his column for The Times, the former England striker wrote: ‘I think we’re favourites. Quality wise England have enough and mentally you can see the players are in a good place.

‘My one warning would be that we can’t get caught up in how Italy play, the way they’ll try and slow the game down. If I were Gareth I’d be telling England’s players to get the ball down and play quick, keep the tempo high, keep the Italians working, tire them out.

In 2014, Uruguay were able to break up the game and suck us in to playing the way they wanted — but this England team is more streetwise.

‘Leonardo Bonucci and Giorgio Chiellini are great players — but not the quickest. I’m sure Gareth and Steve Holland will be looking at Álvaro Morata’s goal for Spain in Italy’s semi-final. 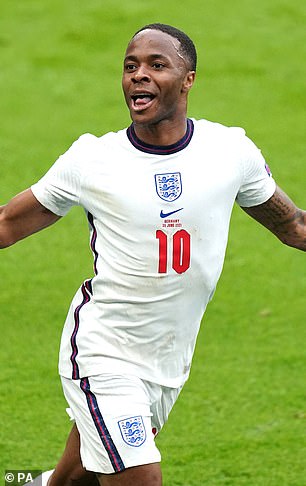 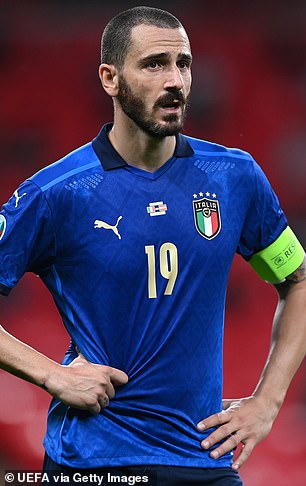 ‘It showed that if you can get bodies around those two great centre backs, making sharp movements in behind them, they’re not comfortable. If England can get Raheem making his inside runs, and Harry and other quick players moving down their sides, Chiellini and Bonucci won’t enjoy it one bit.’

Chiellini is 36 while Bonucci is 34, but they have both showed they still more than cut it at international level.

Both Italy and England have been strong defensively in the tournament. The Three Lions have conceded just one goal, a free-kick against Denmark, while Italy have only conceded three times. 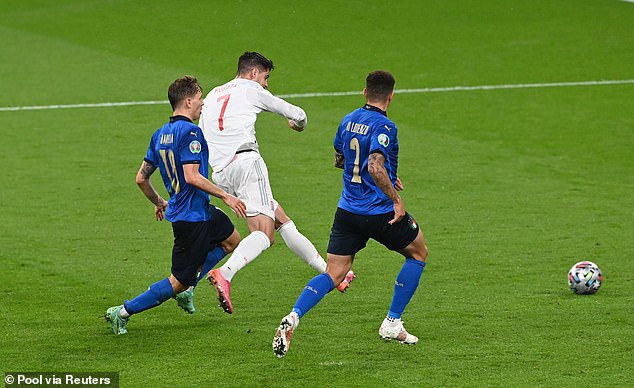 The Italians are ahead on goals scored with 12 compared to England’s 10 but they have gone to extra-time on two occasions whereas England only needed extra-time against Denmark.

Chiellini said he had expected England to progress to the final prior to the start of the tournament because of their well-organised side and home advantage.

‘I immediately thought England would be a serious candidate to win the Euros. They have quality and physicality, are solid and organised. They might not be easy on the eye, but they are hard to beat.

‘They reached the semi-final at the World Cup, plus it was predictable England would be in the final of the Euros, as they played six out of seven games on home turf.’