A former BBC star has branded the broadcaster ‘soul destroying’ for the ‘hoops’ it makes people jump through to get a show greenlit – adding that his podcast fronted by two men would have ‘no chance’ in today’s woke era.

Simon Mayo, 63, hosted an acclaimed film review show for more than two decades with Mark Kermode, 58, on various BBC channels, before recently moving it to Sony.

Mayo suggested it would now be impossible for the BBC to take on his show, given that it would be fronted by ‘two middle-aged men’.

He told Radio Times: ‘The truth of the matter is, if you were going to start a new film show on the BBC right now there would be no chance of me and Mark being asked to do it.’

Kermode and Mayo’s Film Review first hit the airwaves in the mid-1990s on Radio 1, before jumping around the corporation’s different frequencies.

The BBC continued to air the show even after Mayo left BBC Radio 2 for Scala Radio in 2019. Kermode continues to work for the BBC, presenting a weekly TV film review on Fridays. 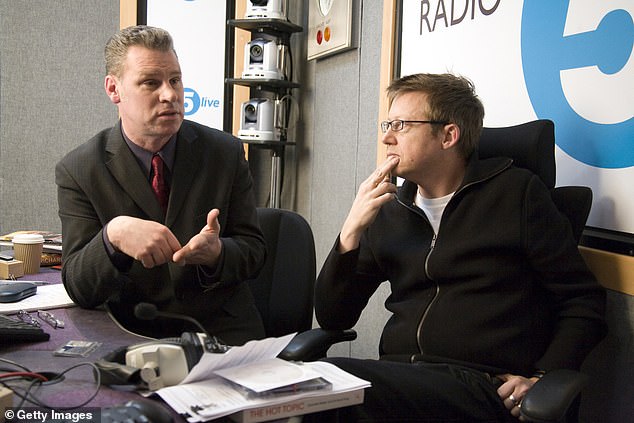 Mayo suggested it would now be impossible for the BBC to take on his show in the woke era, given that it would be fronted by ‘two middle-aged men’. (Pictured: Mayo, right, and Kermode at the BBC Radio 5 studio in 2008)

But Sony will now produce the review programme as a twice-weekly podcast called Kermode & Mayo’s Take.

Mayo said they decided to take their show elsewhere to ‘make it better.’

‘When Sony come along and say, “we will invest in this programme in a way that it hasn’t been invested in so far” you think, that’s interesting,’ he said.

‘For instance, we did a very successful short-film competition called Well Done U.

‘The quality of the entries was brilliant, but there are so many BBC hoops to jump through to actually get something like that on the air that after a while people stop trying, because it’s soul destroying. This way we’ll be able to bring things like that back.’

Mayo also blasted the BBC for making him call a separate podcast version of the show a ‘download’. 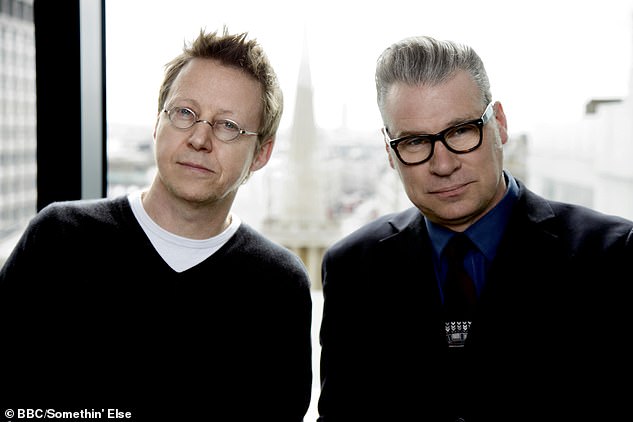 He said their ‘very strict rules’ meant he could only put on the podcast ‘what was broadcast on the radio, plus 10 per cent’.

He added that the BBC did not want to brand it a podcast at first because they feared it would be ‘advertising for Apple’ – which has a ‘podcasts’ app.

He said the BBC thought they could ‘decide what things were called’, but that ‘language doesn’t work like that.’

Mayo’s comments come after the BBC has lost some of its biggest stars in a flurry of departures this year.

Last month, the corporation dismissed the ‘brain drain’ of top talent ditching the broadcaster as ‘people come, people go’ after Dan Walker became the latest to join a rival firm.

Insiders said there was always a ‘natural point where people move on’ but there were mounting fears the Corporation will be left with a lack of experienced presenters.

Walker announced he was joining Channel 5 to be lead anchor on its revamped 5News team – as he announced today that he has just two weeks left with the corporation.

The Breakfast presenter followed a string of huge names – including Jon Sopel, Emily Maitlis and Andrew Marr – which sparked fears of an escalating exodus of talent. 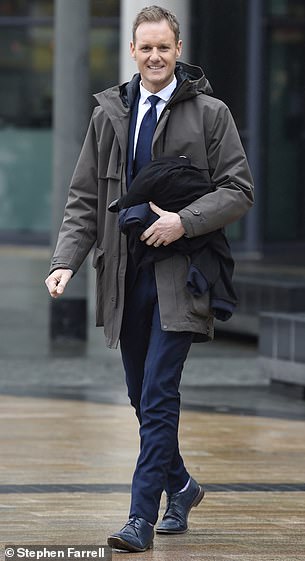 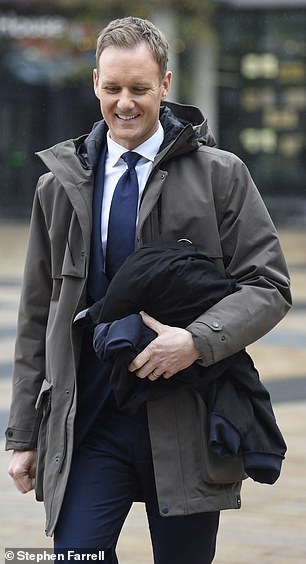 Maitlis, Sopel and Marr jumped ship for LBC in a golden handcuffs deal expected to earn them huge pay rises.

The journalists caused disarray at Broadcasting House after deciding to join Global, which is also home to Nick Ferrari, Shelagh Fogarty and James O’Brien.

Maitlis, who hosted Newsnight, had a series of impartiality complaints against her because of her tweets and on-air comments about the pandemic.

Marr is said to have admitted he was prompted to leave the BBC because of his desire to speak freely on major issues, including climate change and politics.

Leading presenters Andrew Neil and Simon McCoy have also left the BBC in the past year.

But they warned it ‘could be more’ because of the number of projects they will work on together.

Leaving the BBC will also allow them to pursue more cash from speaking events and private functions worth another £50,000 annually.

Another insider said: ‘I think it’s the potent appeal of money and freedom to be more expressive in their personal views than the BBC allows’.

The deal will see them front a major new podcast for Global Player, as well as hosting a show together on LBC and providing commentary and analysis for lbc.co.uk.