Facebook and Instagram apologised after users worldwide were unable to load  the sites this morning as a ‘can’t be reached’ message displayed for four hours.

Downdetector.co.uk reported over 7700 complaints that Facebook was down in the UK with the outage beginning at about 10am this morning and lasting four hours.

The issue seems to have spread world wide with social media users from all across Europe, America and Asia taking to Twitter to voice their frustration.

The hashtags #FacebookDown, #instagramdown and #whatsappdown have all been trending on worldwide Twitter.

A spokesman for Facebook said: ‘Earlier today, some people may have experienced trouble connecting to the family of apps.

‘The issue has since been resolved; we’re sorry for any inconvenience.’

Map showing areas where Facebook was down, With Europe largely affected from 8.40am to around 1pm

Map showing areas where Instagram was down, mostly in Europe and Malaysia

Another user by the name of Martina complained that the outage had interrupted her romantic endeavours, insulting Facebook’s founder Mark Zuckerberg 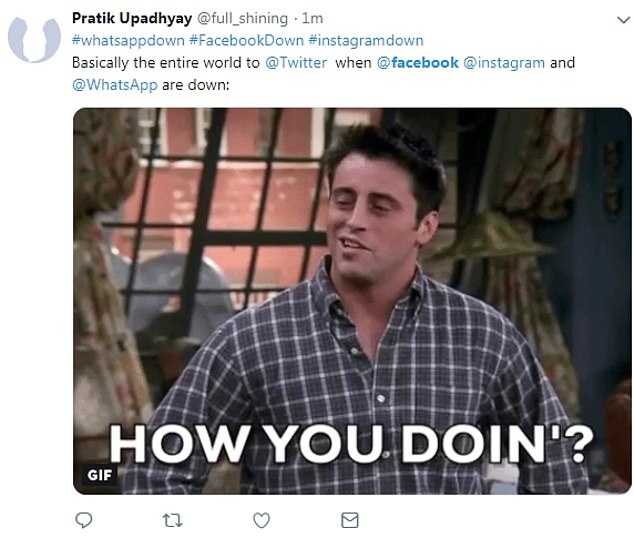