A reported sighting of the Loch Ness Monster that helped spark speculation about the beast was exposed as the schoolboy invention of a Tory MP’s great uncle.

Beckenham MP Bob Stewart revealed his relative gave permission for his son to share the truth at his funeral.

Mr Stewart told the House of Commons that the story – reported by the Scotsman in 1931 – started life as an excuse for his great-uncle being late to prep school.

In an exchange with SNP MP Drew Hendry, he said the rumour led to a huge expansion in tourism.

The revelation came after Mr Hendry outlined the growth of tourism in his Highlands constituency, saying: ‘Why wouldn’t you, Mr Speaker, want to come to Inverness, Nairn, Badenoch and Strathspey?

‘To enjoy the snow sports in the Cairngorms, perhaps, or golfing in Nairn, or go on a cruise along Loch Ness with Jacobite cruises.’

Mr Stewart intervened, saying: ‘I want to help him by saying my uncle, who was at school on the edges of Loch Ness as a boy, saw the Loch Ness Monster. After offering the excuse of spotting the Loch Ness Monster for being late, the alleged sighting was reported across Scottish media

‘In consequence, tourism expanded hugely. It was in all the Scottish newspapers. And only at his funeral did he allow it that he was a fake.’

Mr Hendry then joked: ‘I was initially grateful for his intervention, but that’s a scurrilous attack on what is quite clearly one of my constituents. I will not have it. I hope he will withdraw later on.’

Mr Stewart offered further clarity on the story at the end of the debate. 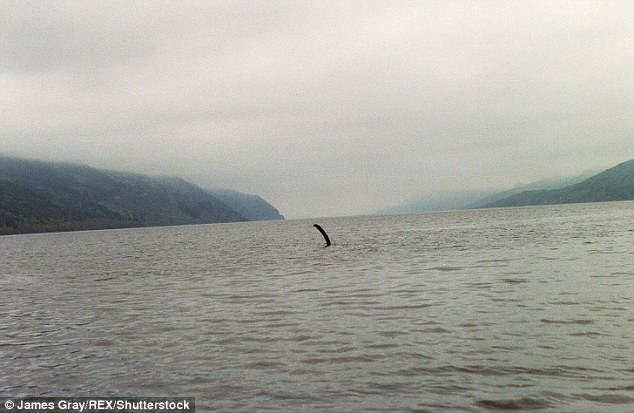 Many have claimed to spot the beast over the years, but the 1931 sighting was confirmed as a hoax today

Mr Stewart intervened, saying: ‘For the sake of clarity, my uncle … was at prep school alongside Loch Ness in 1931 when he was late back to school and he and another boy claimed they were watching the Loch Ness Monster.

‘This grew big: Scotsman, lots of pictures and he was stuck with this. And it was only at my great uncle’s funeral that he allowed his son to declare that actually he hadn’t seen the Loch Ness Monster all those years ago as a boy.

‘But I want to say to (Mr Maynard): I believe there is a Loch Ness Monster.’

Government whip Paul Maynard, summing up, said: ‘Back to Inverness, I will have to pay a visit if only to hunt for Nessy. I’ve now been inspired.’