In the wake of Ricky Stuart’s extraordinary ‘weak gutted dog’ spray at Penrith half Jaeman Salmon, the NRL are considering an unprecedented punishment that may include suspending the Raiders coach.

Following Canberra’s 26-6 loss at home to the Panthers, a fired-up Stuart unleashed the now-infamous withering spray at Salmon after the five-eighth appeared to kick out at Raiders hooker Tom Starling.

Jaeman Salmon has history with Stuart after playing junior rugby league with his son, Jackson

The kick in question occurred in the 60th minute of the game, with Salmon’s foot seen making contact with Starling’s groin as the former tried to get up after being tackled – though it is certainly not clear if it was intentional.

That didn’t appear to matter to Stuart.

‘Where Salmon kicked Tommy (Starling), it ain’t on. I have had history with that kid (Salmon). I know that kid very well,’ he said at the post-match press conference. 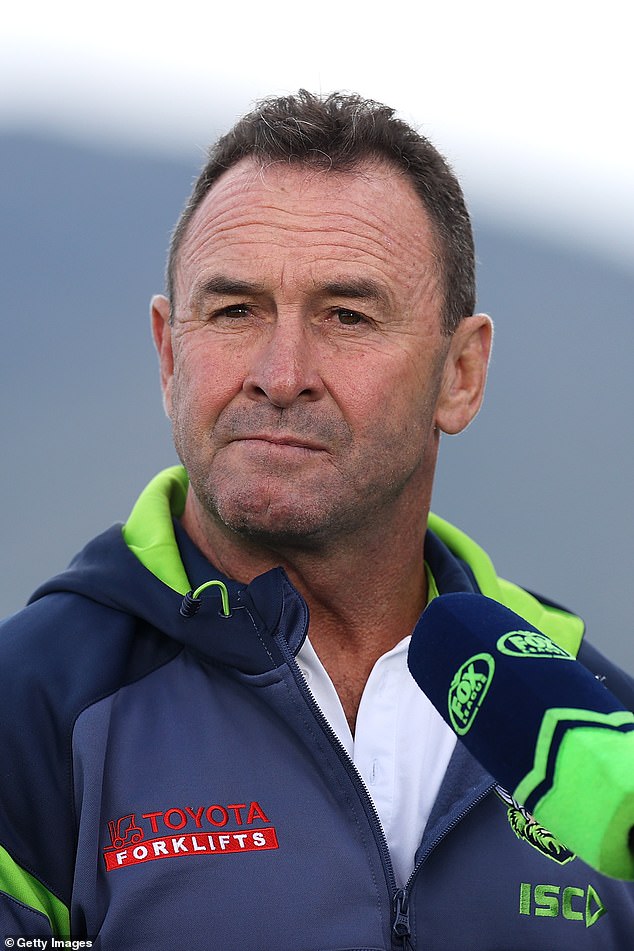 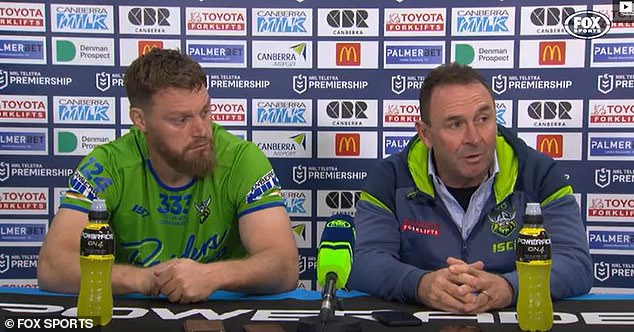 It was one of the most explosive press conferences the NRL has ever seen – and there isn’t a parallel in the sporting world that even comes close.

In the Salmon family’s statement, which was distributed by Jaeman’s manager Sam Ayoub, they questioned Stuart’s assertion that he ‘knew the kid well’.

Stuart’s grudge with Jaeman and his family has been simmering for a remarkable 12 years, after an incident at a junior rugby league game.

A ‘childish act’ from Salmon reportedly brought Stuart’s son Jackson to tears at a match in 2010, which allegedly saw Stuart confront Salmon. 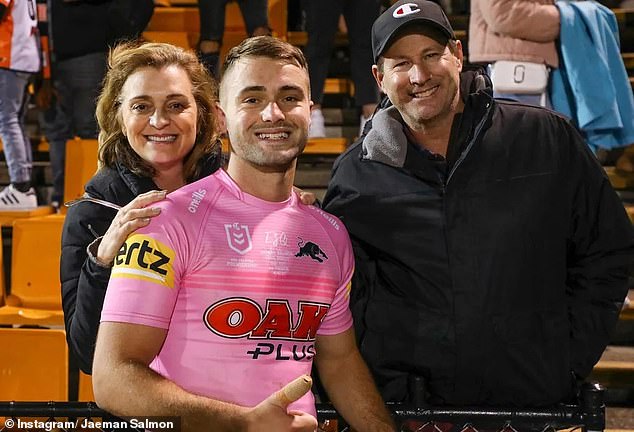 Salmon’s father reportedly then confront Stuart himself, with the pair needing to be separated at things got heated – though the Salmon family said they’ve had no contact since.

‘We will follow the correct procedures and let the NRL complete a thorough investigation,’ said the statement. 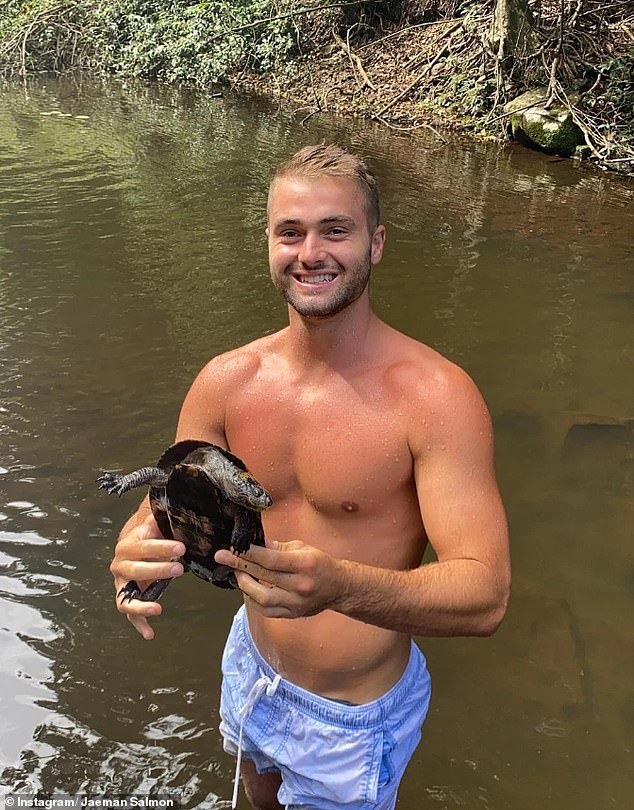 Jaeman Salmon, pictured on a holiday on the NSW north coast, has copped a withering spray

‘This is getting ugly, this is why you can’t cross the line … now the Salmon family are standing up for the integrity of their son. And this is adding spice to the NRL to come down a little more heavy,’ he said.

Salmon was charged with a grade one contrary conduct charge, and will face a $1000-1500 fine if found guilty.

Regardless, Stuart’s extraordinary comments were widely condemned, with Phil Gould declaring: ‘I’ve never heard a coach say anything like that at a press conference’. 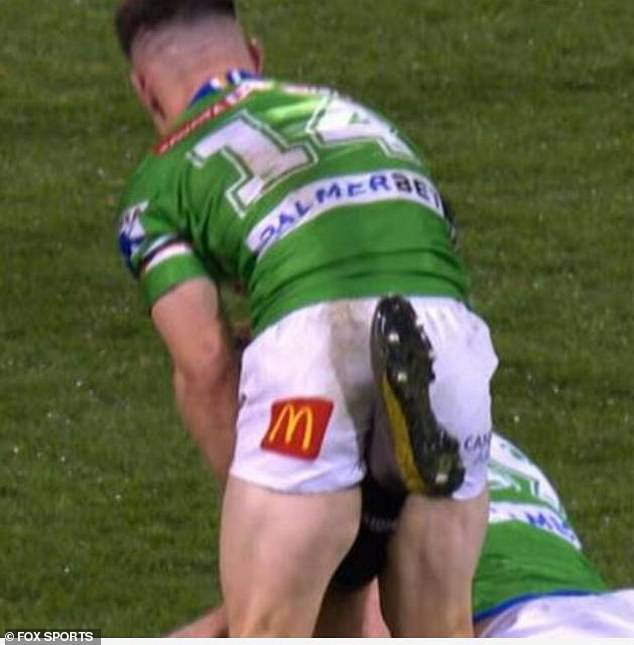 Jaemon Salmon (unseen, on ground) is facing a grade one contrary conduct charge for the alleged kick on Tom Starling (number 14)

‘Ricky Stuart has been coaching in the game for 20 years … absolutely disgraceful comments.’

Ayoub said his client had been ‘rattled’ by the remarks, but was confident he could be proud of the man he now is.

‘I guess it’s unwanted history. Jaeman has genuinely turned his life and personality around for the better. He is a really good kid and everyone who knows him has a love and respect for him,’ he told News Corp. 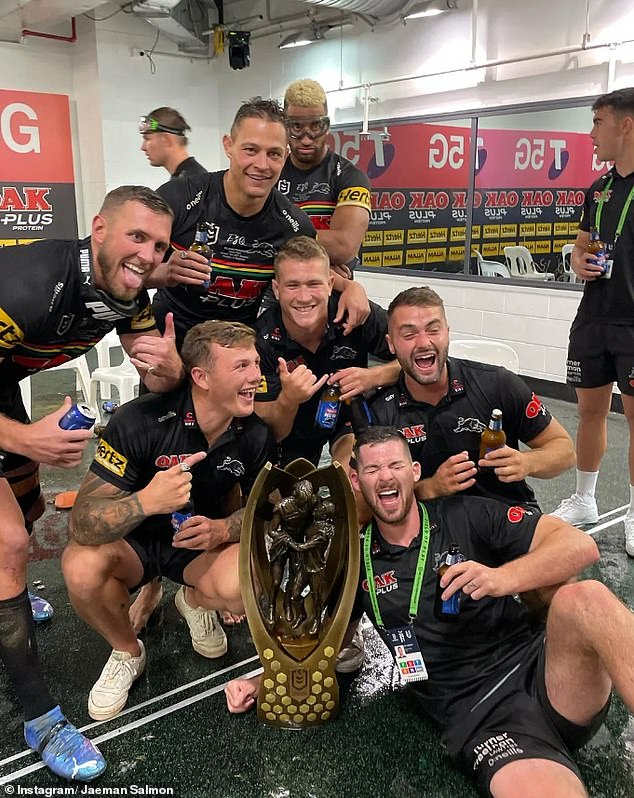 Panthers teammates are rallying around the ‘rattled’ half, who is standing in for the injured Jarome Luai.

Salmon’s close friend and halves partner, Sean O’Sullivan, said the side was wrapping their arms around him.

‘We spoke to Jaeman after the game and I think he was a little rattled by it. But we all know the type of person Jaeman is and we love him on-and-off the field. Everyone in the organisation is supporting him,’ he told Channel 9.