Officers in Mahopac had responded to a report of a domestic incident involving army veteran Alexander Booth, 28, (pictured), at 2. 20 pm on November 23

A town in New York once described as one of the best places in the country became a battleground for second amendment fanatics following a stand-off incident there.

Officers in Mahopac had responded to a report of a domestic incident involving army veteran Alexander Booth, 28, at 2.20pm on November 23.

An officer heard an apparent gunshot coming from the home, and requested backup at a home in Carmel, the town’s Police Chief Michael Cazzari told Putnam Daily Voice.

Booth could be seen acting agitated as backup arrived before going into his garage apartment and barricading himself inside.

Police said the incident led to misinformation being spread on social media and neighbors were ordered to evacuate their home amid concerns about public safety.

Cops eventually entered into negotiations with Booth, who finally gave himself up six hours later without further incident.

Booth, an army veteran who served in Afghanistan, barricaded himself in a house and live-streamed part of the stand-off on his Instagram account called ‘Whiskey Warrior 556.’

In the video, he spoke out to pro-second amendment lobbyists, who he tried to get support from after claiming police had used red flag laws to take his weapons. 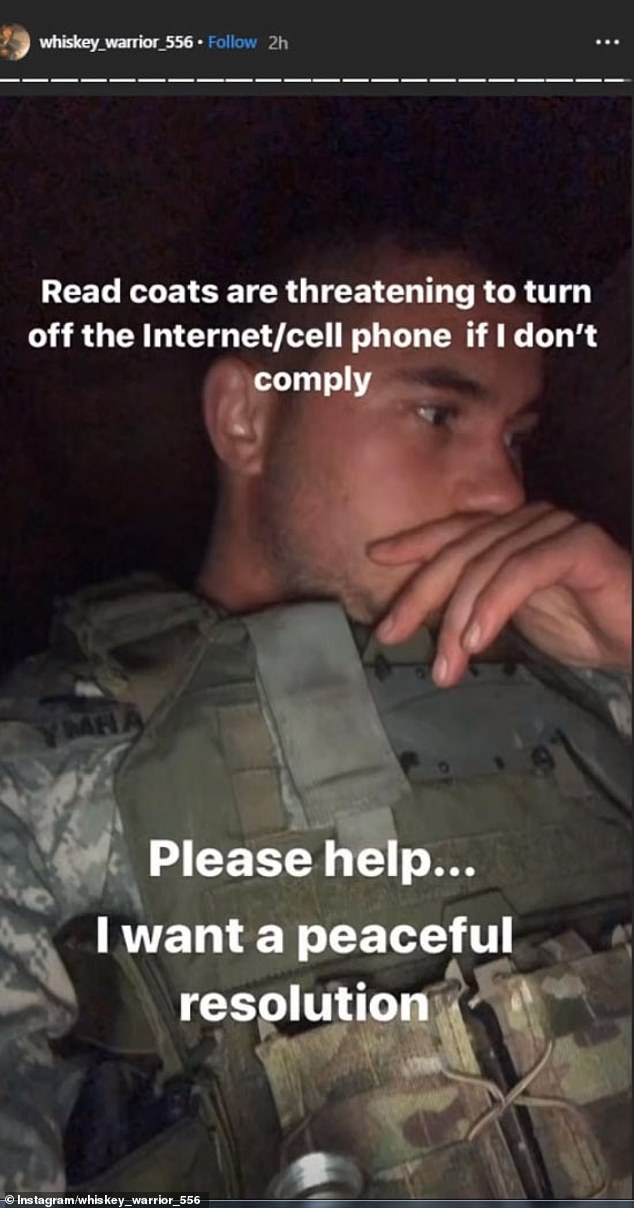 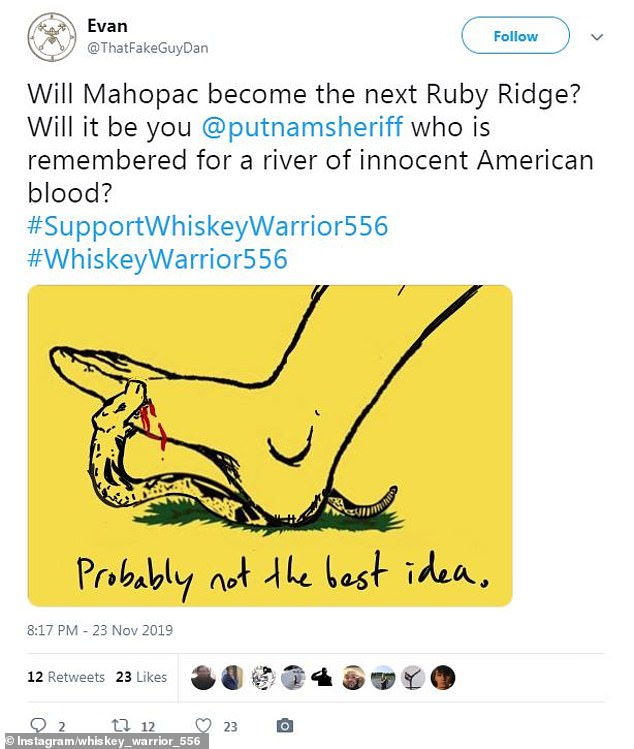 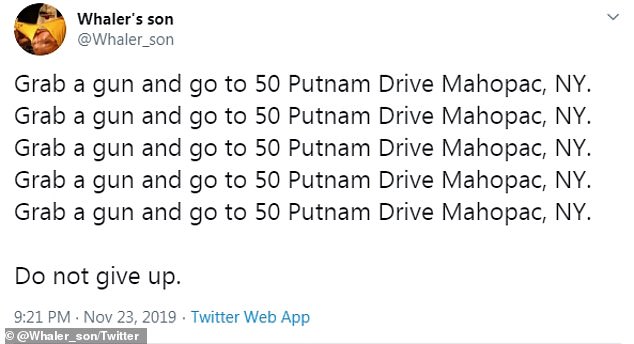 Several states including New York have red flag laws in place which allow a judge to ‘order someone’s firearms to be temporarily confiscated if they are suspected to be a danger to themselves.’

In the video, which can be seen on YouTube, Booth talks about ‘boogaloo’, which is an apparent reference to an armed uprising against the U.S. government, connectingvets.com reported.

The phrase is used by right wing organizations and pro-gun enthusiasts. Booth also referred to police officers on the scene as red coats.

Some social media followers posted the address to Booth’s home, saying that the police were trying to ‘red flag’ him and, ‘if there are any patriots in the area he needs back up ASAP.’

He is heard saying in the video: ‘Serious question to the boys in blue, the thin blue line what its like to arrest someone on the grounds of high capacity magazines , 30 rounds in standard capacity 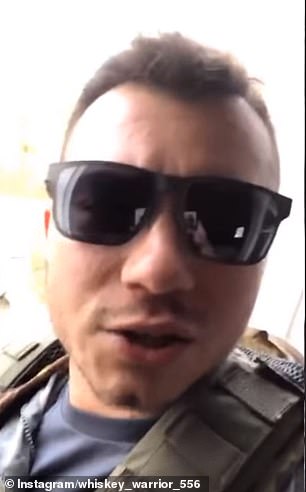 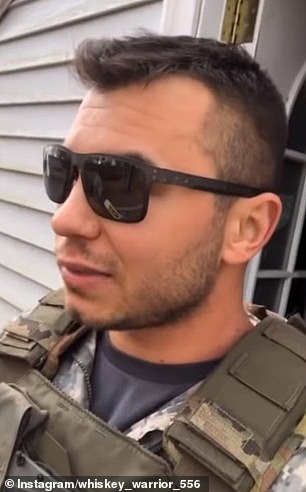 Booth, an army veteran who served in Afghanistan, live-streamed part of  his stand-off with police on his Instagram account 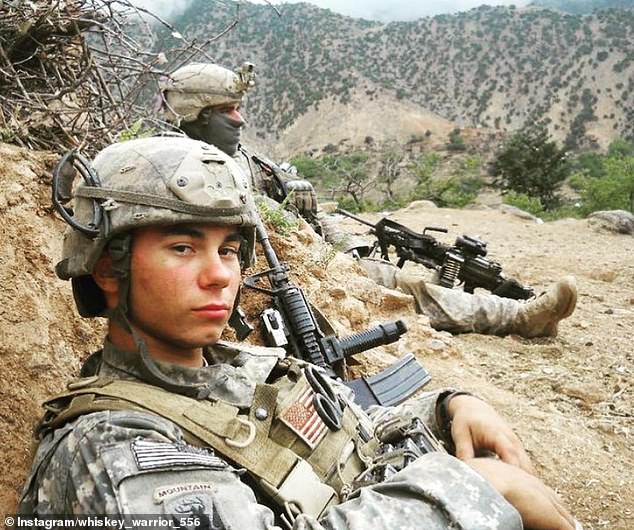 Booth, who served in Afghanistan, Booth was observed by police in his doorway acting in an agitated state before returning inside his garage apartment and barricading himself in there 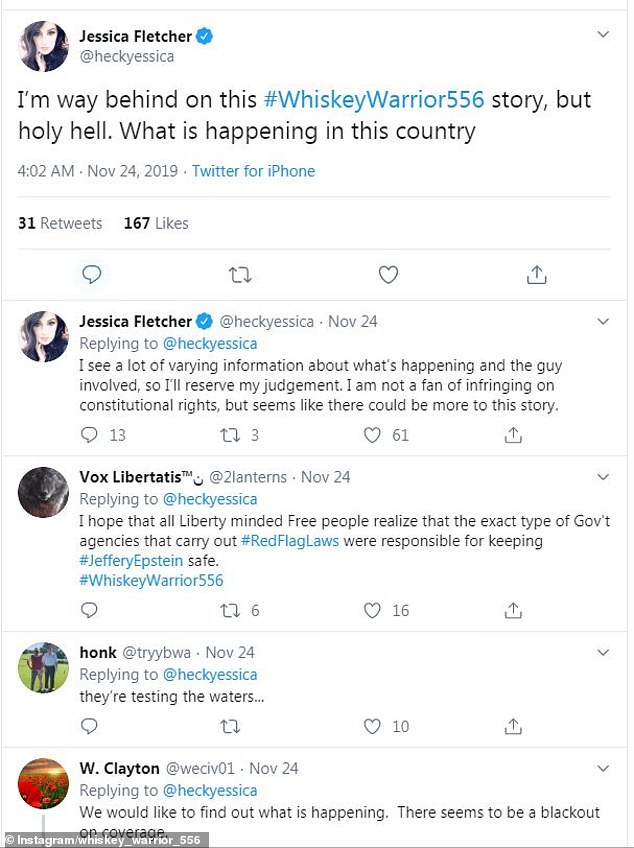 ‘What’s it like to know that the Founding Fathers would s**t on you, its a legit question for anyone that wants to answer.’

In the video, he is dressed in body armor and with what appeared to be a combat knife strapped to his chest.

He claimed that cops were trying to use a flag law to take away a 30-round magazine that he owned, which did not seem to be the case.

He then adds: ‘You think they’re going to come to you., guns blazing in your fortress house

No they’re going to be scheisty f****t, p*****s showing up your job and arrest you ‘without due process or constitutional rights. ‘Don’t underestimate my power, red coats 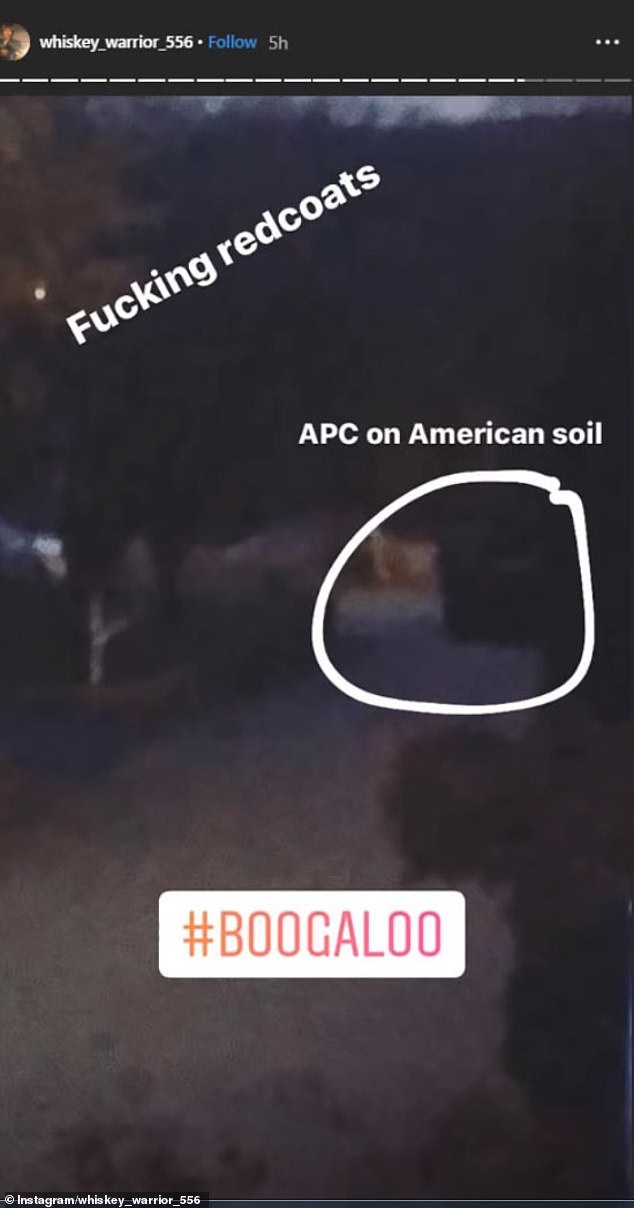 In the video, which can be seen on Youtube, Booth talks about boogaloo, which is an apparent reference to an armed uprising against the U.S. government, connectingvets.com reported

Several social media users responded to him including one person who posted his address online.

‘Will Mahopac become the next Ruby Ridge?’, referring to the fatal 1992 Idaho standoff between federal agents sent to enforce a gun charge and a far-right survivalist.

One Twitter user also said: ‘Grab a gun and go to Mahopac.’

In one of his last posts, Booth warned that ‘there will be blood’ unless he received a written notice from the police negotiator that he would not be charged.

Negotiators made contact with Booth and after six hours of discussion they were successful in convincing him to surrender without incident. 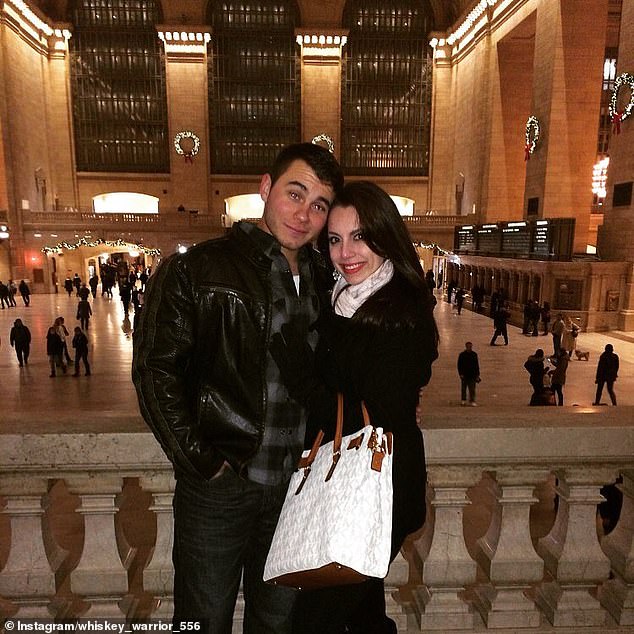 Police had responded to Booth’s house regarding a domestic incident which is understood to have involved his wife. They are pictured together above 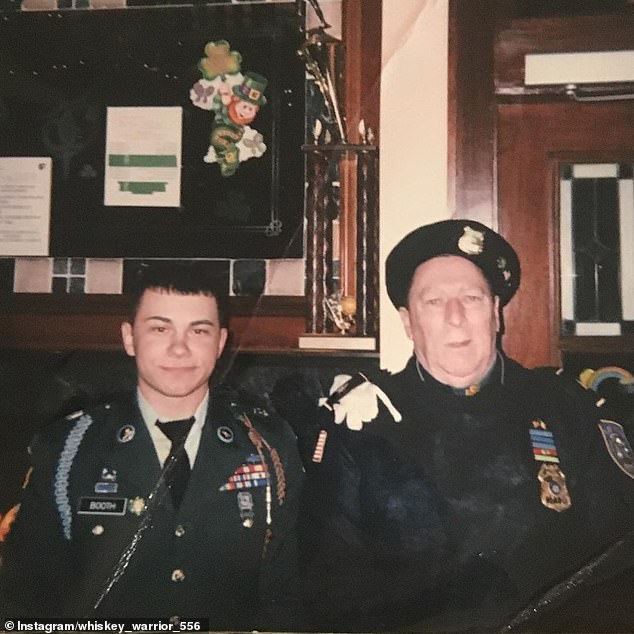 Booth was subsequently arrested on a felony warrant issued by Town Justice Jacobellis stemming from the previous domestic incident.

He was charged with burglary, Criminal Trespass, Criminal Contempt Aggravated harassment and petit larceny. He was arraigned in Carmel Town Justice Court.

No weapons or ammunition feeding devises were found or seized, despite numerous false social media posts to the contrary.

Putnam County Sheriff Robert Langley told The Daily Beast that people who responded to Booth on social media and supporters created difficulties for law enforcement in trying to deal with him. It also heightened the possibility of violent acts at the scene.

‘It compromised the ongoing negotiations with Alexander Booth,’ Langley wrote in an email.

‘We strive for voluntary compliance exhausting all means necessary for a safe resolution and social media responses were only agitating Mr. Booth.’

‘This is a person in crisis, having mental illness, having issues and he didn’t need the people on social media telling him that his rights are being violated.