By Jamie Buxton For The Daily Mail

This horrendously gripping sequel to Godblind plunges us ever deeper into the war between the plain-dwelling Rilporens and the Mireces mountain folk, worshippers of light and darkness respectively.

Inspired by their death-dealing priestess Lanta, the Mireces are laying siege to Rilpor, and much blood — more blood than you could imagine — will be shed.

There’s no moral centre in this world — just a slog for dominance and survival. Multiple viewpoints drive the narrative on, and the battle swings to and fro, but when the gods take a hand, suffice to say all bets are off.

This is a great achievement — descriptions of sieges can become samey — but no one does swordfights quite like Anna Stephens. We salute her with a bloody gauntlet. 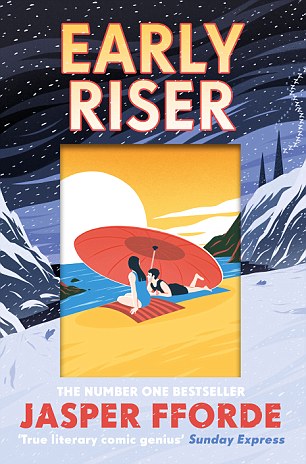 Since time immemorial, the world has been gripped by Arctic winters, and the best way to survive is through dreamless hibernation.

Against the best advice, our hero Charlie becomes apprenticed to the dashing Jack Logan, Winter Consul charged with security. But sleep is big business, and when Charlie is tasked with escorting a Nightwalker — a brain-damaged victim of winter — across a frozen Wales, he stumbles into a complex corporate conspiracy.

Fforde pours his brilliant imagination into every corner of this world. 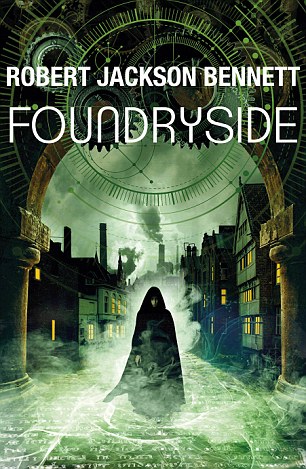 You’d think that magic sigils that fool inanimate objects into working for you would bring health, wealth and happiness. Wrong. In the harbour city of Tevanne, wealthy families have this tech magic sewn up. Secure behind their high walls, there’s not much for the common folk to do but duck and dive in the dirt.

Enter Sancia, a young thief with more than her fair share of attitude. When she’s contracted to nick what seems like a worthless wooden box (and takes a little peek inside), she slowly realises she has the key to reverse the world order. But does she really want to?