Authorities have revealed that a Florida man was arrested for the killings of his wife and four children, who had been missing for six weeks, after crashing his van carrying the body of his dead wife in Georgia.

Michael Jones Jr, 38, was taken into custody in Brantley County, Georgia, on Sunday, after being involved in a vehicular accident on US 301.

When a deputy arrived on the scene to investigate the crash, he reportedly smelled a four odor coming from Jones’ van.

‘At this point, Mr. Jones stated to the deputy that “You may want to put me in handcuffs because there was a dead body inside the vehicle,'” the Brantley County Sheriff’s Office said in a statement. 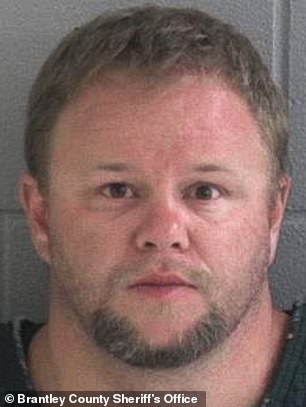 Casei Jones, 32, and her four young children were found dead in Georgia on Sunday after they went missing from Florida six weeks ago. Her husband Michael Jones Jr., 38, is accused of killing them, storing their bodies in his home and then dumping their remains 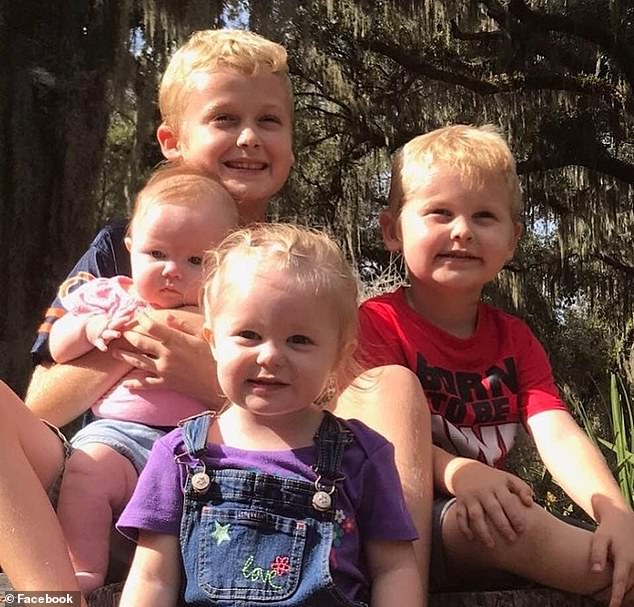 Police have confirmed on Monday they had found the remains of Aiyana, one; Mercalli Jones, two; Preston, five; and Cameron Bowers, 10, just hours after their mother’s body was found

Upon opening the vehicle, the responding deputy discovered the body of Jones’ wife, 32-year-old Casei Jones.

Based on Michael’s statements to the police, authorities recovered the bodies of their four – Aiyana, one; Mercalli Jones, two; Preston, five; and Cameron Bowers, 10 – in the woods in Charlton County just hours later.

The husband had a warrant issued for his arrest for second degree homicide before he was found in Georgia.

‘Unfortunately, true evil has poked its head up here in Marion County,” Marion County Sheriff Billy Woods said at a press conference on Monday. ‘That’s about the only way to describe it.’

Michael allegedly killed his wife and children at their Summerfield, Florida, home and kept the bodies inside the residence for several weeks before loading them into his van and driving across the border into Georgia.

Jones was driving in Brantley County at around 7pm on Sunday when he crashed his van.

Levi Strickland, who lives nearby, told News4Jax he heard what sounded like an explosion and rushed to the scene of the crash for help.

Strickland said he initially thought that Jones had soiled himself, but another person who was with him said the odor was that of decomposition.

Strickland recalled that Jones’ eyes looked ‘big,’ and that he was trying to get him another Good Samaritan away from the van and was acting ‘kinda weird’ before deputies responded to the scene.

On Monday, Sheriff Woods did not mince words when talking about Michael Jones’ fate.

‘As a sheriff of this county, underneath the jail ain’t good enough,’ he told reporters. ‘He has no right to walk the face of this earth. I hate to be him when he stands before the Lord.’

It is not yet clear how Casei and her children were murdered.

Authorities say further charges are expected to be filed against Jones.

Casei’s family only reported the mom and her children missing on Saturday, but had not seen or heard from them for around six weeks.

It is not known why they did not report their disappearance sooner or how Casei died. 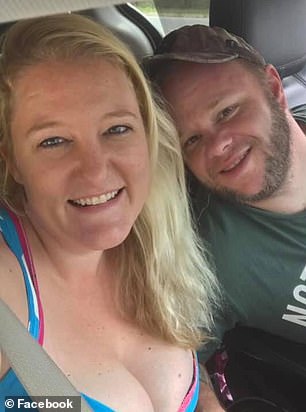 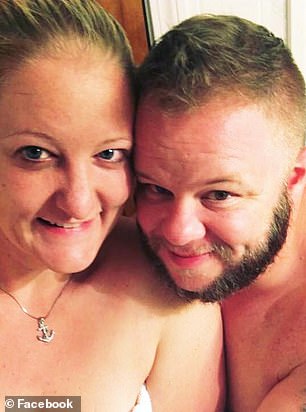 The body of Casei Jones, 32, was discovered near Brantley County in Georgia on Sunday after she and her children disappeared six weeks ago 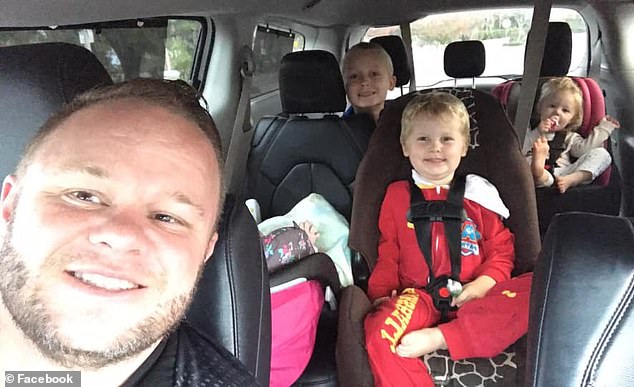 Jones, pictured with his children, allegedly killed his family and then stored their bodies in his home for several weeks before dumping their remains in Georgia

‘They don’t know where she’s at. They went to the house and she’s gone. The house is empty.

‘Casei is my baby, she was my last one. I don’t want anything to have happened to her.’

Speaking of her grandchildren she said: ‘They’re my whole world, just like my kids. I don’t know what I would do without any of them.

‘I want them home safe.’

Jones and her children were last seen near Ocala in Florida and she was understood to have been driving a 2017 Chrysler Pacifica. 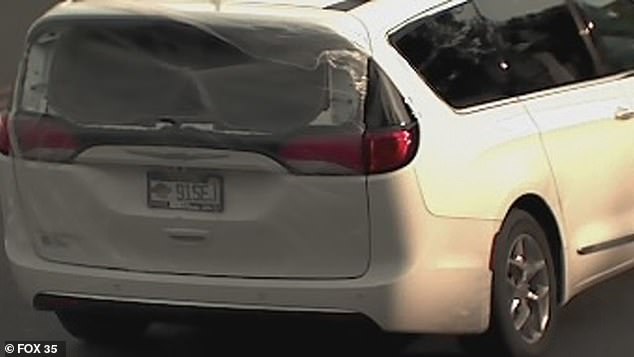 Jones was thought to have been driving a 2017 Chrysler Pacifica, pictured