Father of three Nick Squires was diagnosed with oligodendroglioma in 2015 when he was 31 and noticed that a worrying number of others who also grew up in Hanover, Massachusetts were fighting and dying from brain tumours

A man diagnosed with a rare brain tumour found more than 30 people who grew up in the same contaminated neighbourhood as him also suffered with rare neurological conditions.

Father of three Nick Squires was diagnosed with oligodendroglioma in 2015 when he was 31 and noticed that a worrying number of others who also grew up in Hanover, Massachusetts were fighting and dying from brain tumours.

He found at least 35 people who lived within two or three miles of the National Fireworks site for large amounts of time were diagnosed with rare brain conditions.

The National Fireworks Company started developing, manufacturing and testing civilian fireworks and military munitions at the site in 1907 and dumped chemicals there until its closure in 1971.

Mr Squires who lived in King Street until he was 18 told The Patriot Ledger: ‘I had anxiety about coming out and talking about this because I know it can cause panic but there’s something very wrong here, and people have the right to know.

‘People deserve to know that the site saw more than 60 years of unadulterated contamination with chemicals I can’t even pronounce.’

He thinks the contamination spread beyond the fireworks site. 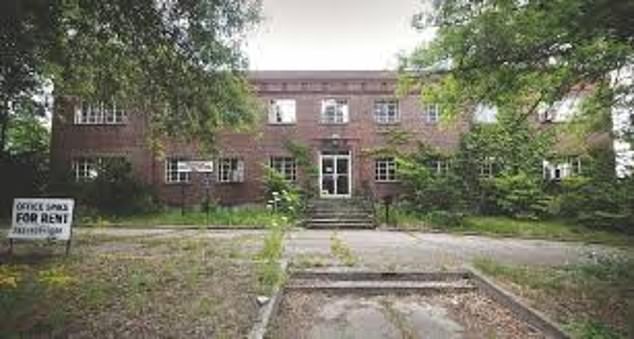 Lead, mercury, and organic solvents, among other chemicals, were used in manufacturing operations at the site.

In the mid-1980s the federal Environmental Protection Agency found dozens of toxic waste barrels around the property.

Some of the toxins found included arsenic, chloroform, Freon, trichloroethene and vinyl chloride. 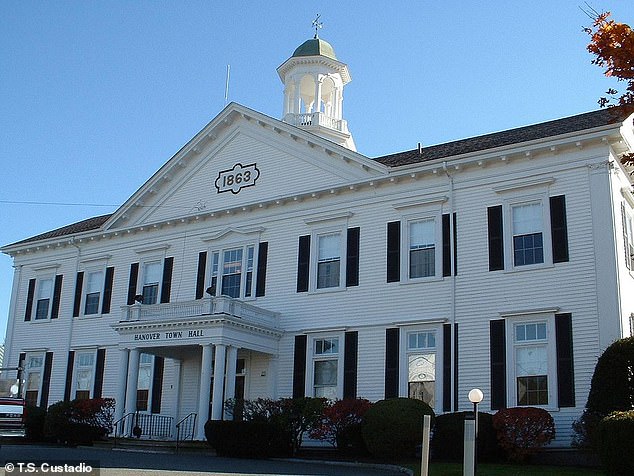 An assessment on the site by environmental firm, Tetra Tech, found out there were at least 19 contaminants in 2005

An assessment on the site by environmental firm, Tetra Tech, found out there were at least 19 contaminants in 2005.

The report said: ‘The findings indicate that there are areas of the site where there is a significant risk to both human health and the environment.’

Rob Simmons spent his childhood playing in the neighbourhood around the fireworks site and he was diagnosed with pituitary adenoma, a tumour near the base of the brain, in 1999. 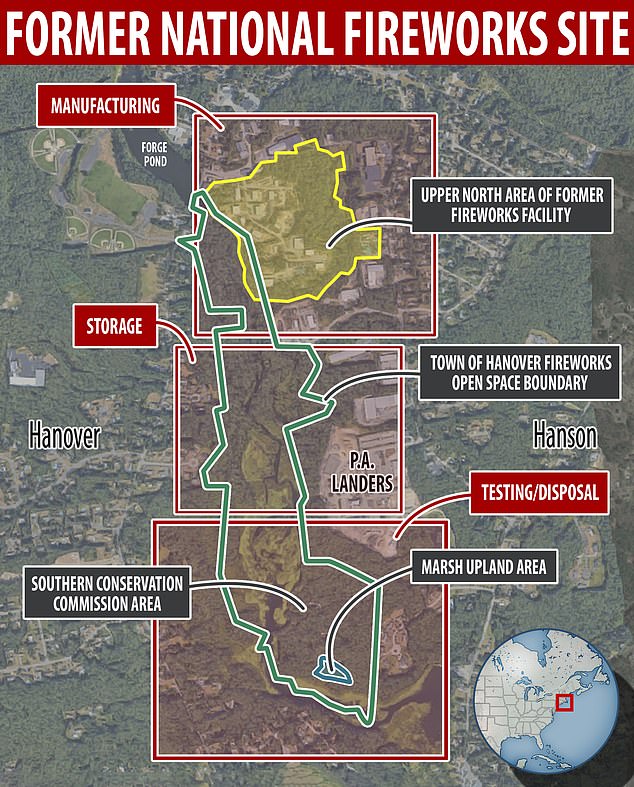 A map showing the different areas of Hanover where the National Fireworks Company manufactured, stored and disposed products and chemicals

He said: ‘You hear stories in your peer group and in the back of your head wonder if these things are happening in other areas.

‘The map Nick put together of instances is pretty telling.’

Paul Cignarella’s sister, Julie, died from pilocytic astrocytoma, a brain tumour that develops in childhood, five years ago at the age of 31.

Mr Cignarella said: ‘If people keep getting sick, pushing it under the carpet isn’t doing anyone justice.’

Oligodendrogliomas are a type of brain tumour that belongs to a group of tumours called gliomas.

The tumours make up between two and five per cent of all brain tumours, according to The Brain Tumour Charity.

They develop from the cells that make up the fatty covering of nerve cells and are most common in people aged 40 to 60.

Brain Tumour Research, a UK-based charity, says radiation is one of the most well-known risk factors for brain tumours.

And it adds on its website: ‘No specific products or chemicals have been identified as being a direct cause of brain tumours.’

Cancer Research UK figures show there are around 11,500 brain tumours diagnosed across the home nations each year.

According to the National Cancer Institute the number of new cases of brain and other nervous system cancers in the general population is around 6.4 per 100,000 people each year.

Mr Squires said based on the data, one person in the area should be diagnosed with a brain tumour and not dozens.

State Department of Public health spokeswoman Ann Scales said the agency is doing a ‘screening-level review’ of brain and other nervous system cancers near the fireworks site.

It will look out for unusual patters of the cancers over a 30-year period and compare it to what would normally be expected.

However experts believe most cancers can take anywhere from 10 to more than 50 years to develop, which means those exposed to toxins at the fireworks site could have developed cancer years after moving away from the area.

In 2012 the state Department of Environmental Protection agreed to oversee the clean-up of the site and in 2014, Hanover received $73million for the work from a $5 billion federal settlement with Anadarko Petroleum.

There will be a state meeting on September 24 on details for the next phase of the clean-up and it is expected to cost up to $121million.