Liverpool and Bayern Munich have shared 10 European Cups between them, and yet two giants of the game share very little history against eachother.

When the two meet at Anfield on Tuesday night it will be just the eighth time they have shared a field.

And the last occasion was as far back as 18 years ago, when a fresh-faced Michael Owen and a shaven-headed Steven Gerrard helped deliver Liverpool’s fifth trophy of 2001. 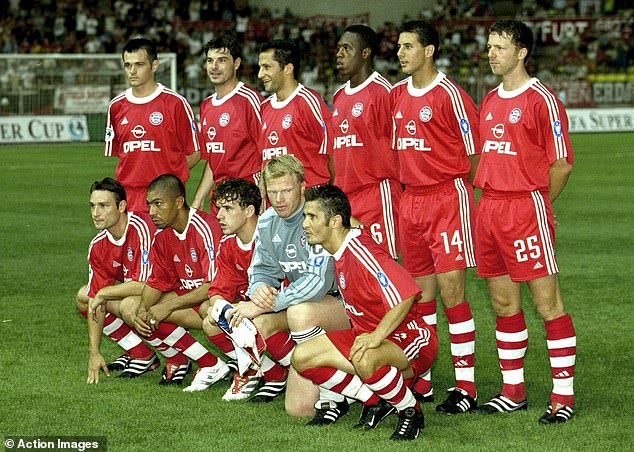 The Stade Louis II in Monaco hosted Gerard Houllier’s UEFA Cup holders against the might of Bayern Munich, Champions League winners after a penalty shootout victory over Valencia.

Houllier was beginning his fourth season in charge of Liverpool and expectations were high after the treble success of 2001.

The 2001-02 season began with a Charity Shield win over Manchester United, and the Frenchman was desperate to add the Super Cup to the bulging trophy cabinet.

And the Reds made a lightning start in the principality, blowing away their more illustrious opponents in 46 minutes. 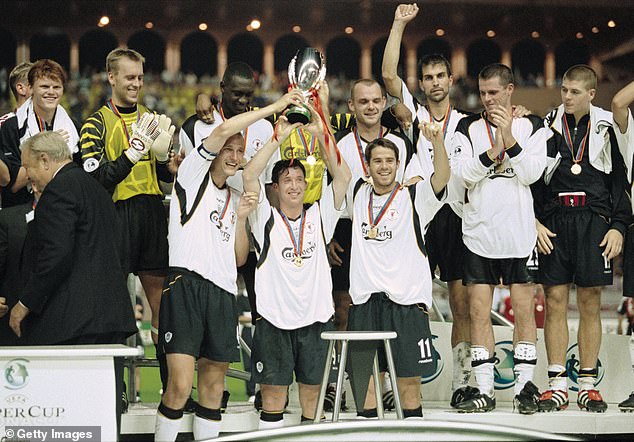 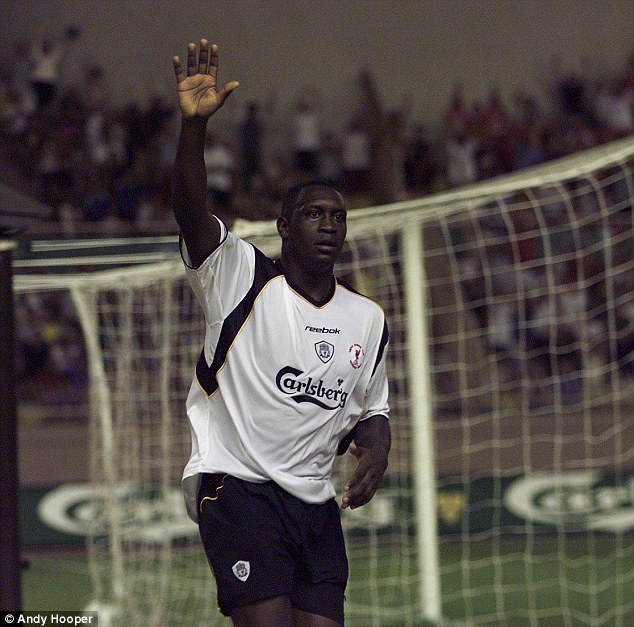 John-Arne Riise bagged his first goal for the club, converting a low cross from Owen from six yards out.

Emile Heskey doubled their lead on the stroke of half-time, bulldozing his way between two defenders and lifting the ball over goalkeeper Oliver Kahn. This was peak Heskey.

Just seconds into the second-half Liverpool had a third. From kick-off Dietmar Hamann sprayed the ball out to Jamie Carragher at left-back, who punted a long-ball forward.

Pablo Thiam lost it in the flight, and Owen pounced to race through and find the bottom corner past Kahn. Just over a week later he would net a hat-trick past the great German in England’s famous 5-1 win in Munich.

It was a golden season for Owen, who was crowned European Player of the Year, the first Englishman to lift the Ballon d’Or since Kevin Keegan in 1978.

Hasan Salihamidzic, now a sporting director at the Allianz Arena, reduced the arrears from an Owen Hargreaves corner before Carsten Jancker flicked a header beyond a hapless Sander Westerveld.

It proved to be the Dutchman’s penultimate game for the club, with Houllier making the unprecedented swoop for two goalkeepers – Jerzy Dudek and Chris Kirkland – just a week later. 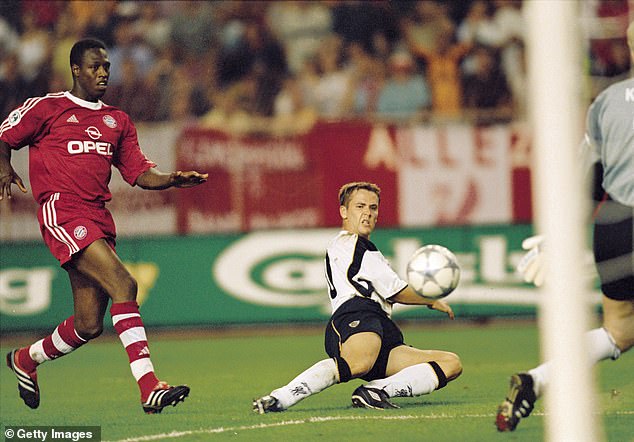 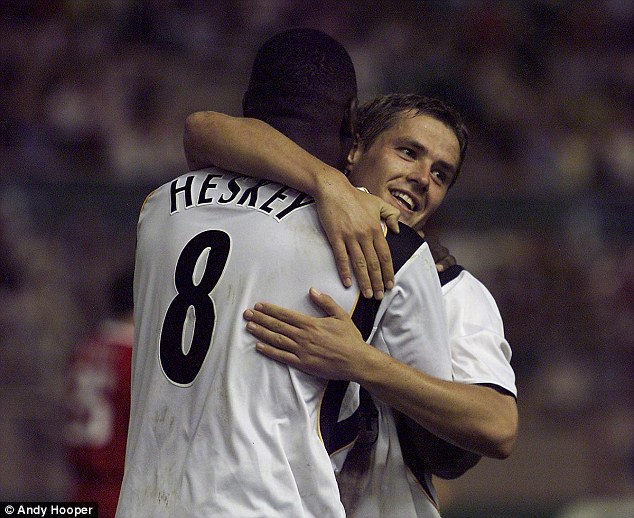 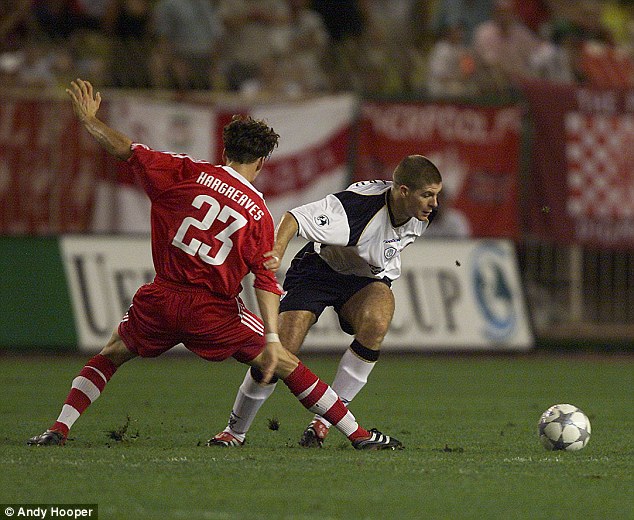 WHERE ARE THEY NOW?

Manager of Western Sydney Wanderers after spells at Stuttgart, Hertha Berlin and Hoffenheim.

Out of work after disappointing spells in charge of Bayer Leverkusen, Brighton and FC Zurich.

Recently named manager of Neuchatel Xamax, the Swiss side where he began his career.

Prominent pundit on Sky Sports and a mainstay of Monday Night Football.

Manager of Rangers after punditry work at BT Sport and a spell in charge of Liverpool Under 18s.

Briefly assistant to Brendan Rodgers at Liverpool, he is now No 2 to Gerrard at Rangers.

Retired in 2016 and now works as an occasional TV and media pundit.

Owner of a stable of horses and tried his hand as a jockey in 2017. Liverpool ambassador and BT Sport pundit.

It was also the second-to-last appearance for Markus Babbel that season, struck down by the rare illness Guillain–Barre syndrome. He played only seven more games for the club.

Bayern probed for an equaliser but were unable to muster a third goal. Liverpool held on, prompting a warm embrace between Houllier and his assistant Phil Thompson on the touchline.

They had beaten the European champions, continuing their knack of upsetting the best the continent had to offer. In their UEFA Cup run of 2001 they beat Roma and Barcelona en route to the final.

This was a Bayern team that had the supreme Kahn in goal, World Cup winner Bixente Lizarazu at left-back and a young Owen Hargreaves in midfield. Claudio Pizarro, now 40 and playing for Werder Bremen, started up front. Current manager Niko Kovac was a second-half substitute. 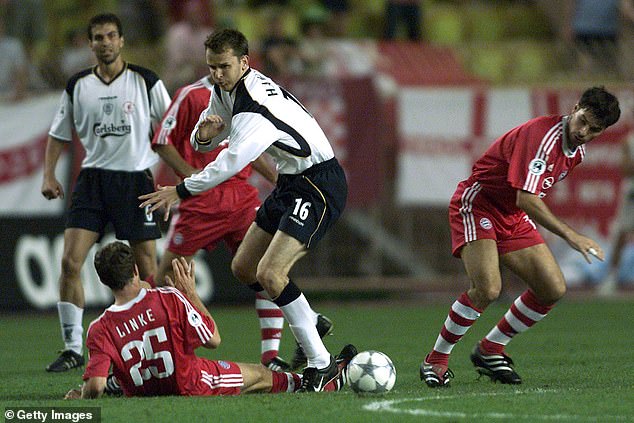 For Liverpool it was a fifth trophy in seven months. After a barren six-year wait for silverware, Houllier had returned the good times to the red-half of Merseyside.

That season they went on to finish second, pushing Arsenal for the title until the end of April.

Houllier spent much of it recovering from a heart-attack he suffered at half-time during a 1-1 draw with Leeds in the October.

By the following season his reign began to unravel after a series of mistakes in the transfer market, most notably the signing of El Hadji Diouf ahead of Nicolas Anelka.

August 2001 may have proved the peak for Houllier’s Liverpool. Youthful endeavour, local talent and a sprinkling of hardened veterans had made his Liverpool a formidable outfit.

In 2019 Jurgen Klopp has the chance to restore Liverpool’s appetite for silverware, one that became second nature back in 2001. 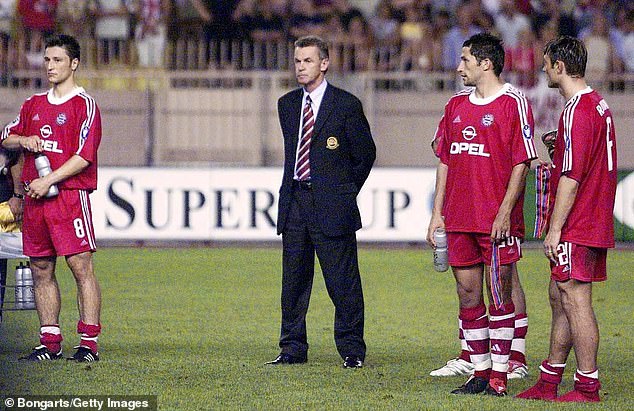 Bayern’s current manager, Niko Kovac (left), was a second-half substitute in the final