Anyone who has watched the Great British Bake Off will know that a soggy bottom isn’t the way to the judges hearts.

But how can you make sure your pies at home never meet this devastating fate?

British TV presenter Cherry Healy goes in search of the answer in tonight’s BBC 2 show Inside the Factory and speaks to food scientist Dr Stuart Farrimond.

He reveals that there are five golden rules to follow – including pre-heating the oven for just the right amount of time, using a proper pie dish, and rolling the pasty to the correct thickness. 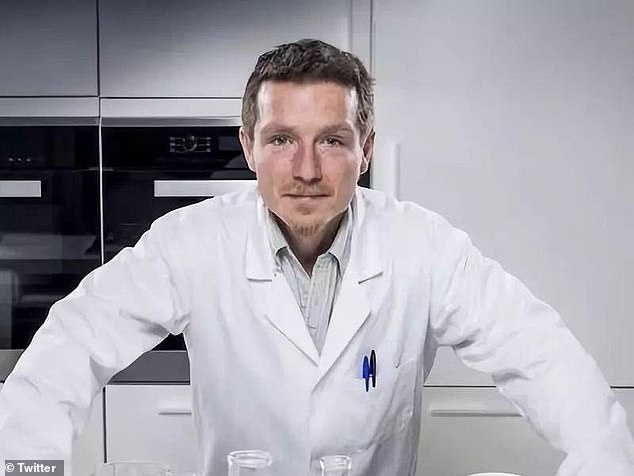 Food scientist Dr Stuart Farrimond revealed that the rules including pre-heating the oven to just the right amount of time, using a proper pie dish, and rolling the pasty to the exact right thickness

Rule 1 – Preheat the oven for at least 15 minutes

Most of us put on the oven and wait for the light to go off before we put in our pie. However Stuart says that where we’re going wrong.

‘Most people think they are preheating the oven, but they really aren’t – they turn it on and as soon as the light goes out they put their baking in,’ he said.

‘When the light goes off it means it’s at the air temperature you set it at but the walls of the oven may still be cold.

‘Leave it on for at least 15 minutes so the metal walls are up to the same temperature – you need to get that pastry cooked quickly if you want it to be crispy,’ he added. 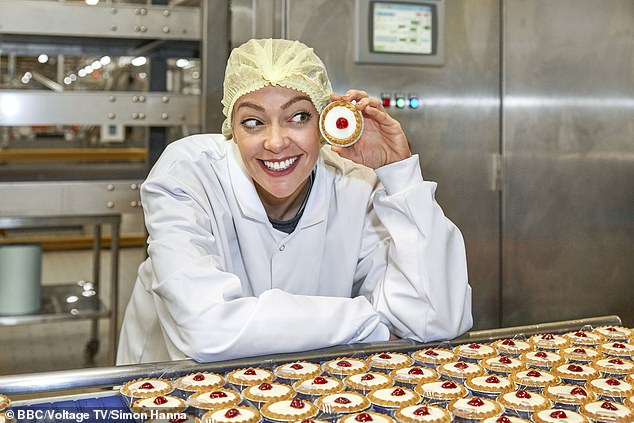 Cherry Healey learns how to make the perfect pastry and how to avoid a soggy bottom when it comes to pies, including for Cherry Bakewells

Rule 2 – Maximize the heat below your dish

Not many of us think of heating our pie from below, but according to the food scientist, it’s key to avoiding a soggy bottom.

‘Use a pizza stone or a heavy metal oven tray,’ he advises Cherry on tonight’s show,  ‘then you will have heat coming from the bottom which will help it cook quicker.’

As Cherry shows of her pie dish – a ceramic one, Stuart says that they should be avoided as it will make the pie ‘cook slowly – allowing the fat to come out and resulting in a soggy bottom’. 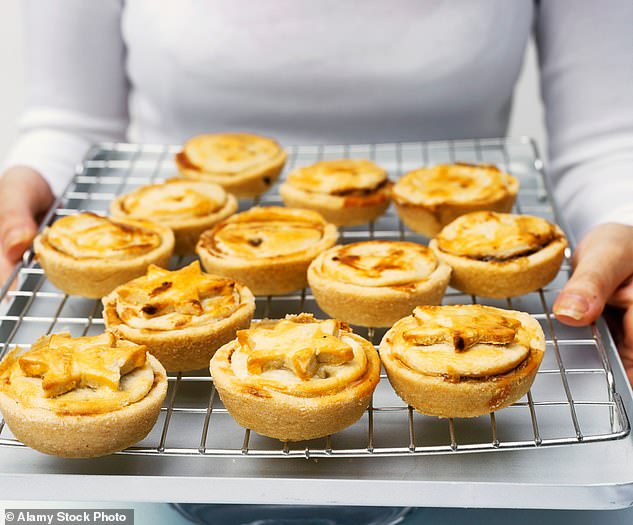 A food scientist, on tonight’s BBC 2 show Inside the Factory, reveals that Cherry isn’t measuring her pastry right

‘Instead choose a black metal dish and as it will heat up quickly – a silver one will reflect the heat away,’ he adds.

While if you use a tempered glass dish and pair it with your pizza stone underneath then the ‘radiated heat will help pass straight through and help bake the bottom of the pastry.’

Rule 4 – Roll the pastry to the correct thickness

Cherry admits that she normally guesses the thickness of her pastry, but the food scientist says that for the best results it should be between three and five millimeters. 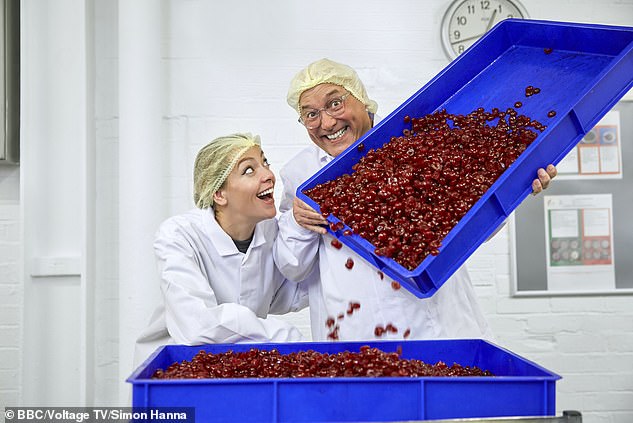 But how do you measure that?

Showing Cherry his clever trick he says: ‘Two 20 pence pieces, stacked on top of each other, will give you an ideal depth of how thick you want your pastry.’

The last baking hack is to part bake your pastry before you put the filling in – called blind baking.

Cherry adds some baking paper on top of the pastry and some rice to stop air pockets appearing and then cooks it for 10 minutes, then three without the paper and rice.

Stuart says that this will ‘stop the goo of the filling seeping in’. Using all these tricks Cherry bakes her first apple pie, which doesn’t have a soggy bottom – and she’s ecstatic about it.