NRL star Cody Walker is seen flattening a man with a flying kick in street fight – and claims he received a ‘$20,000 blackmail threat over the footage’

By Kylie Stevens and Adam Mccleery For Daily Mail Australia

Shocking footage of a wild brawl involving NRL star Cody Walker has emerged hours after he claimed he was being blackmailed over the clip.

The South Sydney playmaker went to police on the weekend claiming he was asked to pay $20,000 to stop a video of him kicking a man in the chest from going public.

Footage has since been leaked by Fox Sports of two men fighting in the street before a shirtless Walker suddenly appears on screen.

Unable to use his arms due to a football-related shoulder injury, Walker rushes in to break up the melee by kicking one of the men, which flattens his opponent and sends him flying to other side of the road.

Onlookers try to defuse the volatile situation to prevent Walker from intervening further when the man kicked later challenges the NSW Blues Origin star to a one on one melee.

‘I wanna fight you one on one Cody,’ the man can be heard saying in the footage. 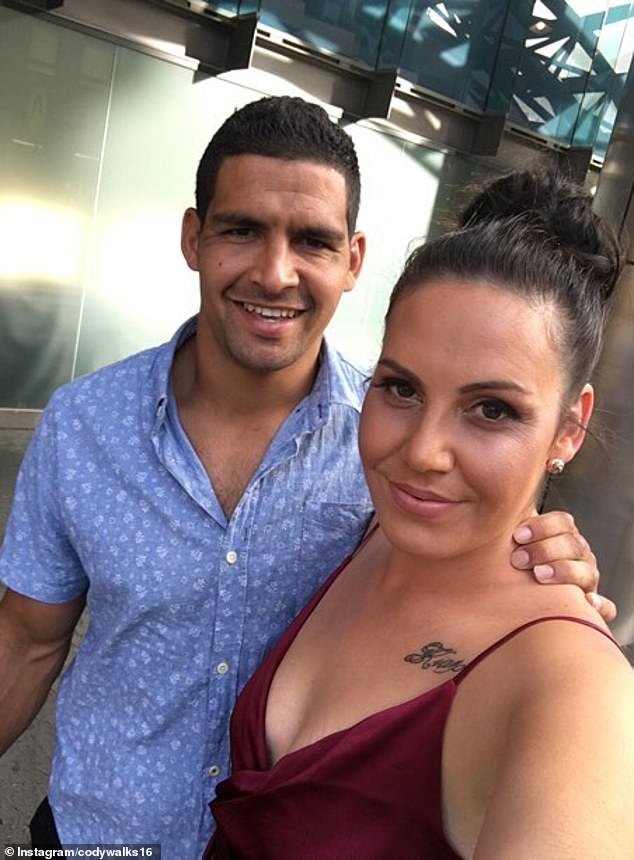 On Sunday night, the Rabbitohs acknowledged the incident involving Walker in a statement, saying the NRL integrity unit had been advised.

‘The NRL’s integrity unit have been informed.

‘At no stage has Cody Walker been the subject of a police inquiry in relation to this incident.’

Walker’s manager Matt Rose confirmed the shirtless man in the video was the star five-eighth, telling the Sydney Morning Herald he had spoken to police. 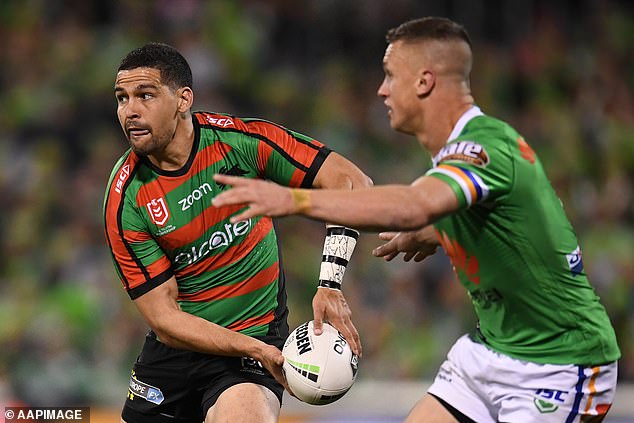 The Rabbitohs said the inquiry had been instigated by Walker.

The club said it would not be making any more comment regarding the alleged incident.

Walker was expected to meet with the NRL’s integrity unit on Monday to discuss the incident. 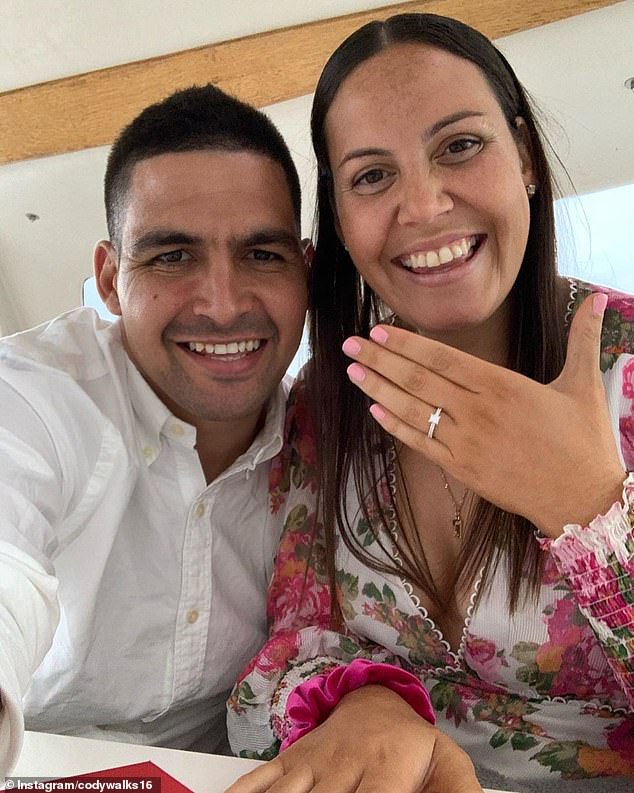