Moving images of a polar bear nursing her newly born cub have been released.

In the footage, female mammal Nora lies in its enclosure at Schönbrunn Zoo in Vienna, Austria.

The pair can be seen cuddling sweetly as Nora nurses the tiny cub.

The polar bear became mother for the first time on November 9, when she gave birth to twins.

One of them died on the day of birth.

Zoo Director Dagmar Schratter said workers are doing their best to take care of the animals as the mortality rate of baby polar bears outdoors is high.

Ms Schratter added the new mother and her baby are completely undisturbed in the enclosure. 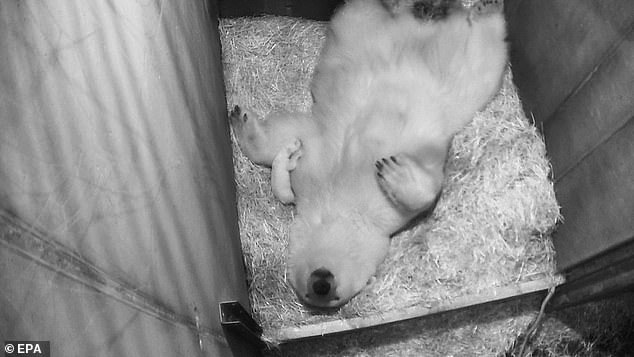 ‘We observe the rearing over a video camera. So we can follow the development of the little one.

‘On the video footage you can see that it is drinking well,’ she said.

The sex of the little one is not yet known.

Nora is expected to take care of her cub for the next few months and it is believed the newborn will be taken to the grounds around the end of January, where it will be visible to the visitors for the first time.

Male polar bears are not involved in rearing in the field, which is why father Ranzo is separated and can still be seen by visitors to the zoo.

The last time polar bears were born at the zoo was in 2011. 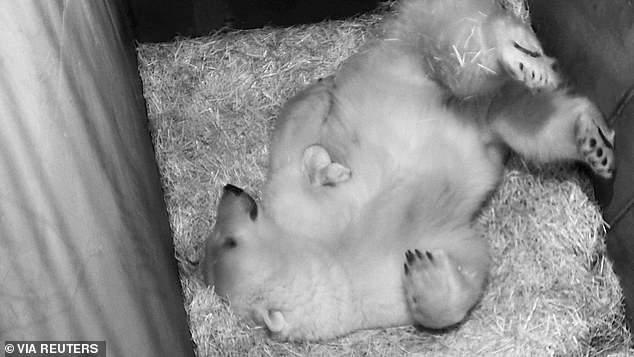 At birth, polar bears weigh about half a kilogram.

They are born blind and almost naked.

The zoo shared the footage on Twitter, where many social media users shared their reactions.

‘Oh, how sweet!’ one person commented.

‘Look how small that is compared to mum,’ another social media user wrote.